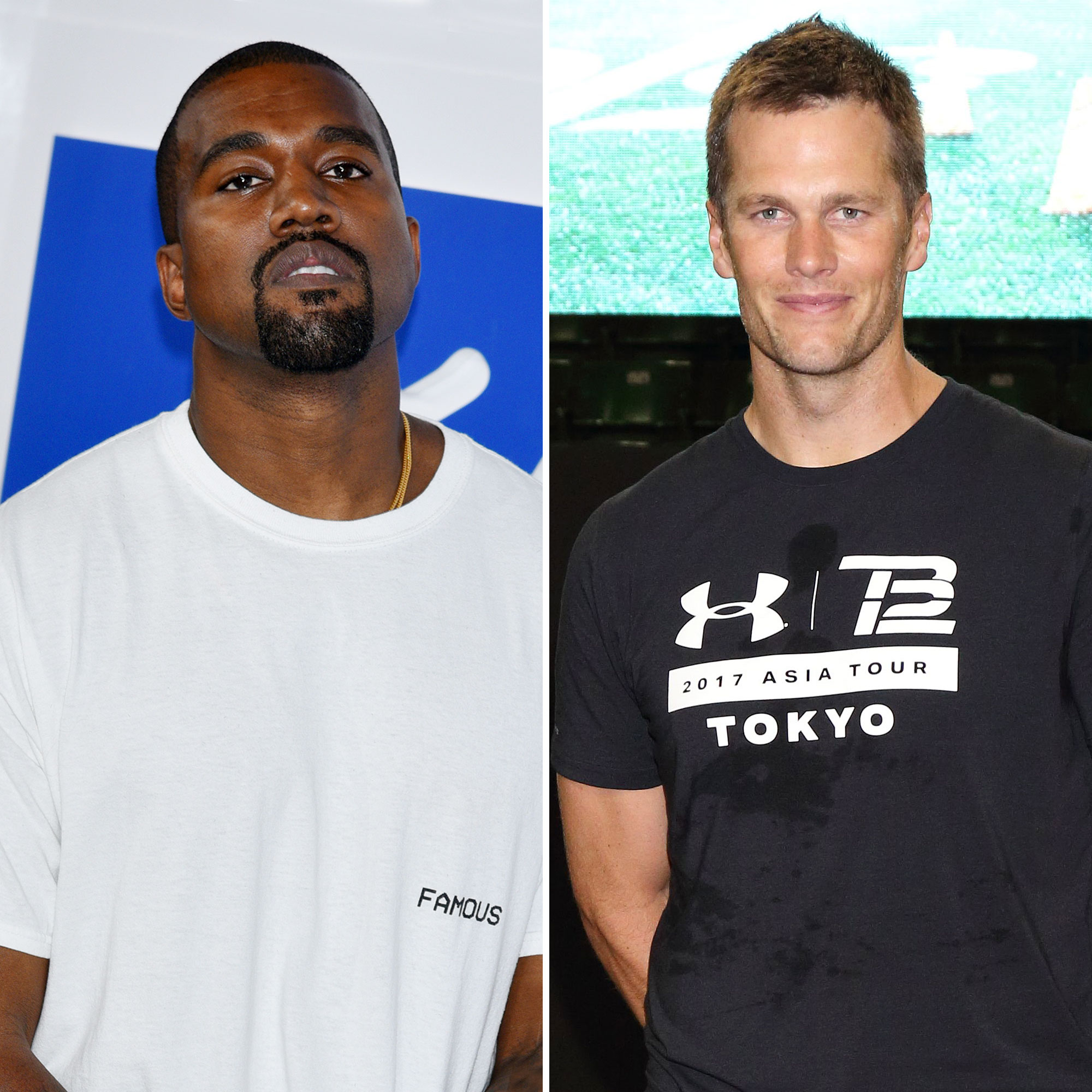 The rapper, 44, posted a black-and-white Instagram video of his and estranged wife Kim Kardashian’s 5-year-old son throwing a ball to the athlete, also 44, at a Raymond James Stadium luxury suite. “Tom and Saint #TheHomeTeamWins,” the Grammy winner captioned the footage.

“Try not to let the other person get it,” the Tampa Bay Buccaneers player told Saint before praising him for catching “good.”

Kim Kardashian and Kanye West’s Sweetest Moments With Their Kids

While West laughed in the background, Brady went on to say, “Say ‘Daddy, you’re going to have to throw me a ball all the time now.’ I always want my kids to play catch with me and they’re like ‘Dad, I’ve had enough.’” (The California native shares Jack, 14, with ex-fiancée Bridget Moynahan and Benjamin, 11, and Vivian, 8, with wife Gisele Bündchen.)

Saint told the former New England Patriots player that he “like[s] basketball too,” and West chimed in, “You can play catch with my son, and I’ll draw with your son. I’m a little bit creative.”

Rapper Thomas Iannucci joked in the comments that it was “so nice of Saint to meet one of his fans.”

The songwriter shares Saint with his estranged wife, Kim Kardashian, as well as daughters North, 8, and Chicago, 3, and son Psalm, 2. The former couple have been coparenting their little ones since their February split.

The Yeezy designer has been spotted with models Irina Shayk and Vinetria since their breakup, while Kardashian, 41, is currently dating Saturday Night Live’s Pete Davidson.

Everything the Kardashian-Jenner Sisters Have Said About Coparenting

“Kim lights up when she’s around Pete,” a source exclusively told Us Weekly earlier this month. “Their chemistry is off the charts and getting stronger each passing day. No one can remember seeing her smile and laugh so much around a guy. He just has this ability to hold Kim’s total attention and have her in stitches with his hilariously dry sense of humor. He’s so down to earth and humble, which she really digs.”

A second insider told Us that the duo have “unique” chemistry, explaining, “They have such a strong connection. She gets butterflies around him, and he makes her laugh — and that’s more than she can say for other guys.”