Fast-acting father. Andre Drummond saved his 2-year-old son from drowning after the toddler fell into a swimming pool.

“NOT ALL HEROS WEAR CAPES,” the NBA player, 28, tweeted on Thursday, August 12. “A parents’ worst nightmare. Feat. my son and I. No one was harmed in this video.” 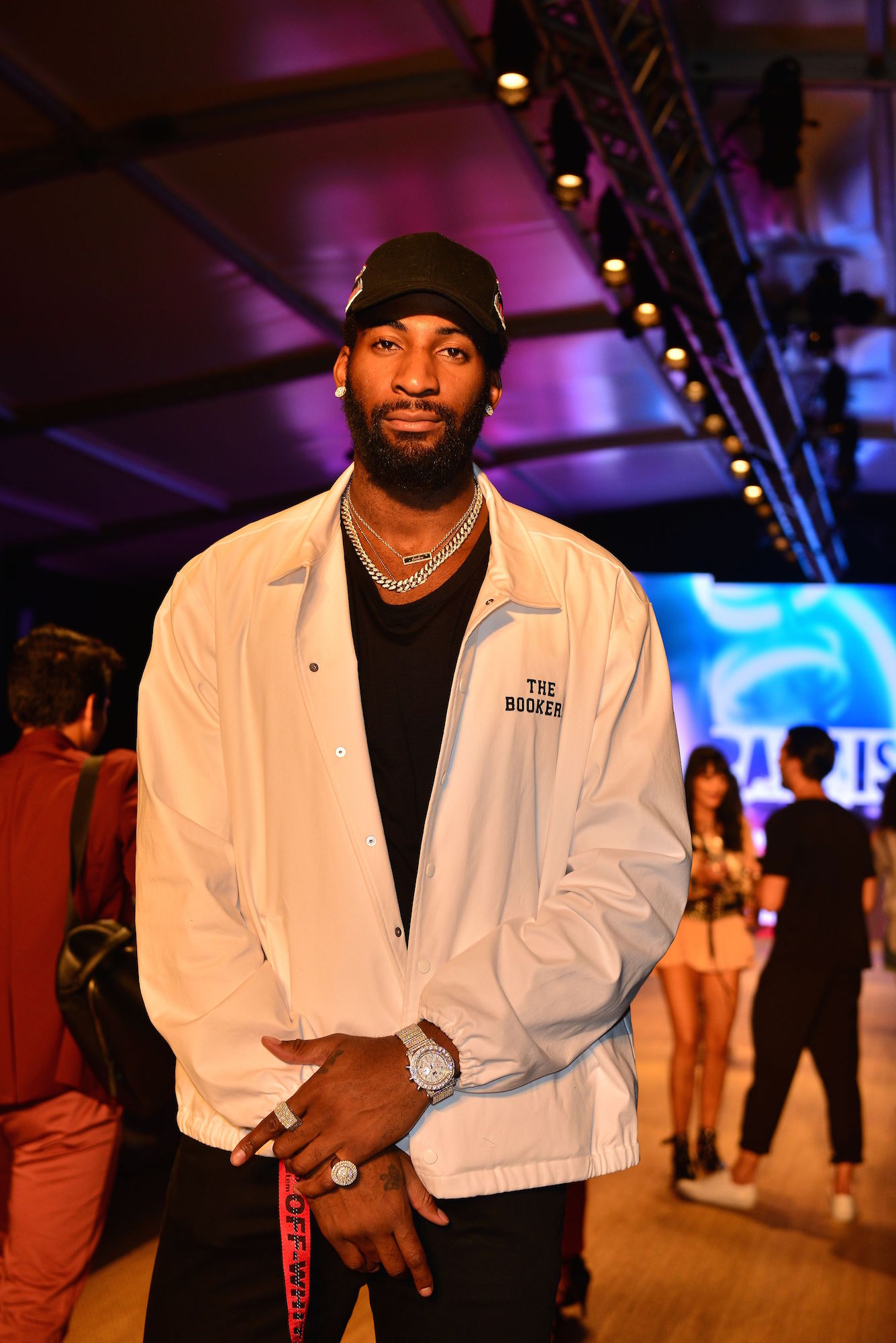 In the footage, Deon sat on the edge of a pool alongside two adults. Moments after he slipped into the water, the athlete came sprinting into the shot and jumped fully clothed into the pool. The New York native pulled his son out of the water and handed him off to other adults.

“Deon, no more,” one of the adults said in the social media upload. “You don’t do that.”

The center started playing for the NBA in 2012 as a member of the Detroit Pistons before a short stint with the Cleveland Cavaliers. After playing with the Los Angeles Lakers, he signed with the Philadelphia 76ers earlier this month.

Other celebrity parents, including Granger Smith and Morgan Beck, have been vocal about pool safety since their children’s drowning deaths.

“It takes under 30 seconds for a child to drown. It is QUICK and SILENT,” the country singer’s wife, Amber Smith, wrote via Instagram in August 2019, two months after son River died at age 3. “We’ve read as quick as six seconds. Brain damage can occur from lack of oxygen in as little as four minutes, if you don’t get the heartbeat and breathing back from CPR. Remember that even with preparation, the unthinkable can happen. We aren’t always in control. This can happen to ANYONE, to good, loving, attentive parents. We thought we were prepared with lessons, pool gates and locks, but it wasn’t enough.”

The Texas native, 39, went on to write tips for parents, from learning CPR and enrolling early in swim lessons to installing a four-sided pool gate and getting an alarm.

As for Beck, 34, the professional volleyball player put her youngest children, twins Aksel and Asher, in swim lessons when they were 7 months.

“I saw 6-month-old babies and 1-year-olds and 16-month-olds, 19-month-olds, swimming — that could’ve been Emmy,” the athlete, whose daughter Emmy died in June 2018 at 19 months, told the Today show in 2020. “That should’ve been Emmy. And it was that easy to commit to one session of what we’re doing now. It would’ve changed everything.”