A fellow academic compared me to the racist uncle at Christmas dinner — I was even told that my views were like Holocaust denial: An Open University professor’s harrowing account of what it feels like to be targeted by a trans hate mob

Words are Professor Jo Phoenix’s stock-in-trade, but she struggles to find ones that encompass the scale of her anger and grief.

‘I’ve been living in a state of semi-hell; last summer was the worst of my entire life,’ says the eminent academic. ‘I’ve been publicly vilified by hundreds of colleagues. I’ve been called transphobic. Violent and profane posters have been directed against me.’

She says she was compared to a racist by her managers and has been told that her views are ‘as bad as Holocaust denial’.

‘I’ve been silenced and shunned. I’ve been made to feel like a pariah and I’ve been diagnosed with post-traumatic stress disorder as a result.’ When I ask how this vicious onslaught has made her feel, she casts around for exactly the right response before saying: ‘Treachery is too light a word. I feel enraged. There is this bitter sense of betrayal and a dramatic feeling of loss because the university I’ve worked with for several years and loved has failed to support me.’ 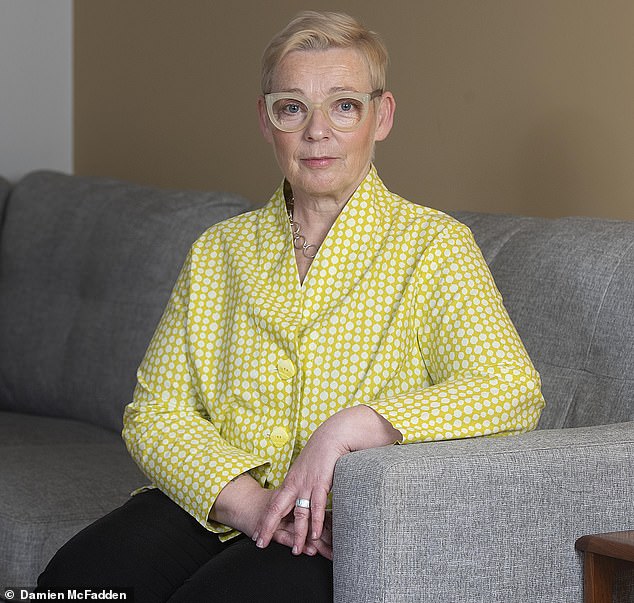 Jo Phoenix, 57, (pictured) who is Professor of Criminology at the Open University, has been been branded a ‘transphobe’ and put on a list circulated online that called her a ‘Terf’

Jo Phoenix, 57, is Professor of Criminology at the Open University, specialising in sex, gender and justice. How ironic it is that her enemies have compiled a charge sheet of ‘crimes’ of which they say she is guilty.

Professor Phoenix is the latest victim of a toxic culture war that is poisoning British universities and which is also part of a much wider crisis of free speech.

Her principal ‘crime’ is to have spoken out about ‘the silencing of academic debate on trans issues’, criticising the LGBTQ+ charity Stonewall’s influence in universities and highlighting the challenges of dealing with transgender women in women’s prisons.

Professor Phoenix said that she has been branded a ‘transphobe’ and put on a list circulated online that called her a ‘terf’ (trans-exclusionary radical feminist), the derogatory term to describe those who believe that ‘identifying’ as a woman is not the same as being born a woman.

The campaign of bullying against her from ideologues who condemn anyone who suggests that a person’s biological sex takes precedence over someone’s ‘gender identity’ has also targeted fellow academic Professor Kathleen Stock. She was hounded from Sussex University — after being terrorised by banner-waving protesters demanding her resignation — for daring to speak out against aspects of transgender ideology.

And this week J. K. Rowling, who was accused of transphobia last year, revealed trans activists had leaked her home address online. The Harry Potter author added she had received so many death threats she could ‘paper the house with them’.

Here, in her first major interview, Professor Phoenix recounts how she has been verbally abused, harassed and defamed, not just by students but by her colleagues and peers.

She is currently taking the Open University to an employment tribunal in a bid to protect academic freedom and freedom of expression. 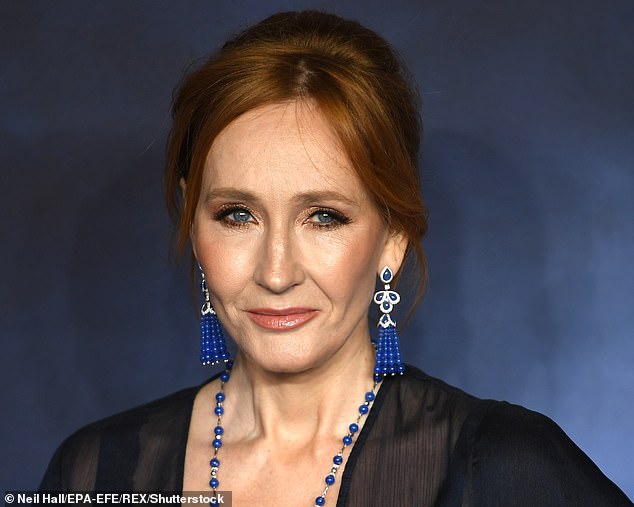 To pay the legal costs, she’s using crowdfunding and so far has raised £86,000 in donations from supporters who back her attempt to hold the Open University to account.

Her hope is that the landmark case will force universities ‘to protect academics from vicious bullying designed to silence academic research into sex and gender’.

Professor Phoenix is engaging and articulate. Just 5 ft 2 in tall, with close-cropped hair and designer spectacles, she combines warmth of spirit and unwavering conviction.

She says: ‘I don’t recognise myself as brave. I’m on my knees — exhausted and terrified that this is the end of my career and I will never be able to extricate myself from these accusations.’

It is impossible not to admire her courage.

The battle against her employers apart, she has arthritis and has had both her shoulders and knees replaced. This year, she also had surgery to stabilise her spine with titanium rods.

She was signed off work in June and returned last month, but just for research duties.

Over the summer, following the death of her mother, she hit a particularly low point when she couldn’t sleep.

‘I had a hideous nightmare and woke with flashing lights behind my eyes, feeling terrified and crying. I felt as if I was under siege,’ she says. ‘I’d had such vile abuse on Twitter — things like “shut the f**k up terf” and there were threatening images of baseball bats.

‘I kept telling the university staff that this vile stuff was coming onto my Twitter feed and they just said “Don’t look at it” and invited me to take a break from social media.’

A lesbian, she is quick to point out that she is not transphobic — believing fervently that trans people should be safeguarded and properly supported.

Professor Phoenix, who has been researching sex, gender and justice for two decades, says her first encounter with militant trans-activists came in December 2019 when she was booked to give a lecture at Essex University about prisons and trans issues. 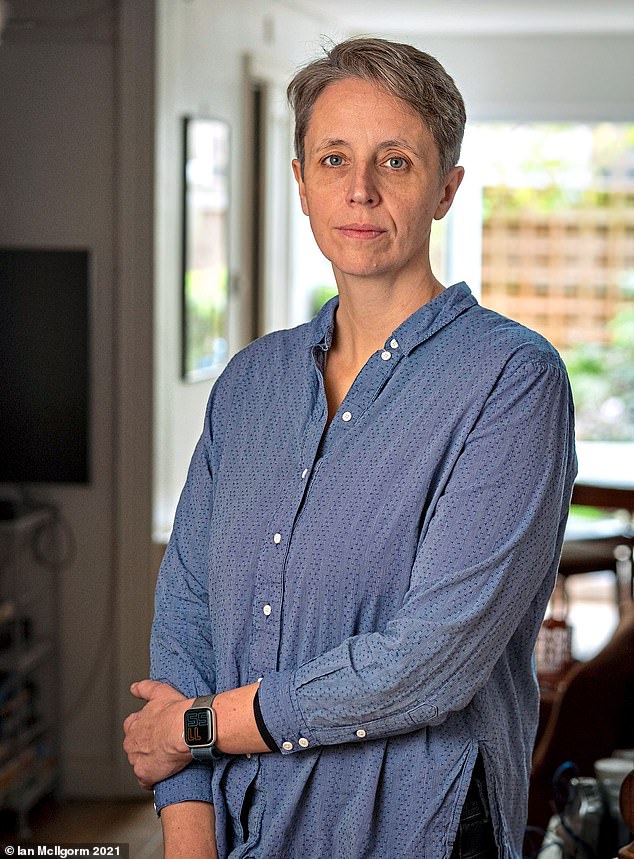 After the talk was advertised, someone on social media linked it to the ‘trans rights’ movement. This triggered a slew of hostile criticism.

Among it was a tweet from an Essex University employee saying: ‘A well-known transphobe is coming to our campus.’

On the day of the lecture, Professor Phoenix says three other academic staff encouraged Essex students to mobilise forces against her. A flyer, including the image of a gun, and the words ‘Shut the F**k Up terf’ was distributed.

The university authorities then rescheduled the talk so as to arrange adequate security.

But Professor Phoenix says the university’s department of sociology convened a meeting to discuss the lecture and asked her for a transcript of what she was going to say.

Since this was not standard practice, she refused. ‘They voted to blacklist me, which was like putting a lit match into a tank of petrol. At first I was outraged, then, when I realised this was going to have a profound effect on my reputation and career, I was devastated. I was likened to a racist, twice, and told that gender-critical views were as bad as Holocaust denial. It was all deeply unpleasant.’

It took a further 18 months for her to be exonerated.

A report on the university’s handling of the case by barrister Akua Reindorf concluded that Essex University had breached her rights.

However, he then appeared to retract it, saying the report had ‘a negative impact on trans and non-binary staff and students’.

Professor Phoenix says: ‘The apology was hollow. It was like hitting someone with a car and breaking every bone in their body then saying, “sorry”.’

It was at this point that she decided to set up the Open University Gender Critical Research Network.

Gender-critical views are the belief that someone’s sex — whether male or female — is biological and unchanging and different from their gender identity (whether they identify as a man or a woman). These beliefs are protected in law. 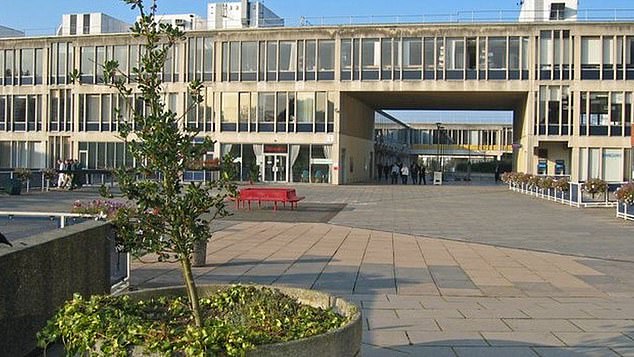 She is particularly keen to ensure women are safeguarded, especially in places such as prisons where trans women — who were born men and may still have male genitalia — are placed alongside women born female. As an example of problems that have emerged, she references the case of Karen White who, while legally a man but identifying as a woman, sexually assaulted two women fellow inmates while in a Yorkshire prison in 2017.

It wasn’t long before, she says, that the harassment campaign against her ‘went into hyper-drive on steroids — all hell was unleashed’. An open letter denouncing the network was signed by 380 people — including many of her fellow academics.

It said: ‘We do not believe that freedom of speech or academic freedom should come at the expense of marginalised groups,’ claiming that gender-critical feminism is, ‘fundamentally hostile to the rights of trans people’. It also called for the network’s disaffiliation from the university.

She was also monstrously accused of ‘contributing to an atmosphere in which trans people are killed’. Among other abuse, a senior Open University manager likened her to ‘the racist uncle at the Christmas dinner table’.

When she reacted by crying, the manager was, she says, brutally dismissive. ‘She said if I couldn’t cope, she could put me in touch with counselling services.’

Professor Phoenix says she pleaded with the Open University authorities to stop the harassment but said that so far they have done nothing. That is why she is taking them to an employment tribunal.

A spokesperson for the Open University told the Daily Mail: ‘The Open University is an environment where an academic can express a view freely, and others can choose to disagree. That is the nature of academic debate and holds true, even for the most polarising of topics. Our role as an institution is not to take sides, but to facilitate these debates while ensuring that they take place in accordance with the law and that colleagues are provided with support where necessary.

‘The Gender Critical Research Network continues to grow, host debates, produce research and draw on the support of university resources to help with its work. 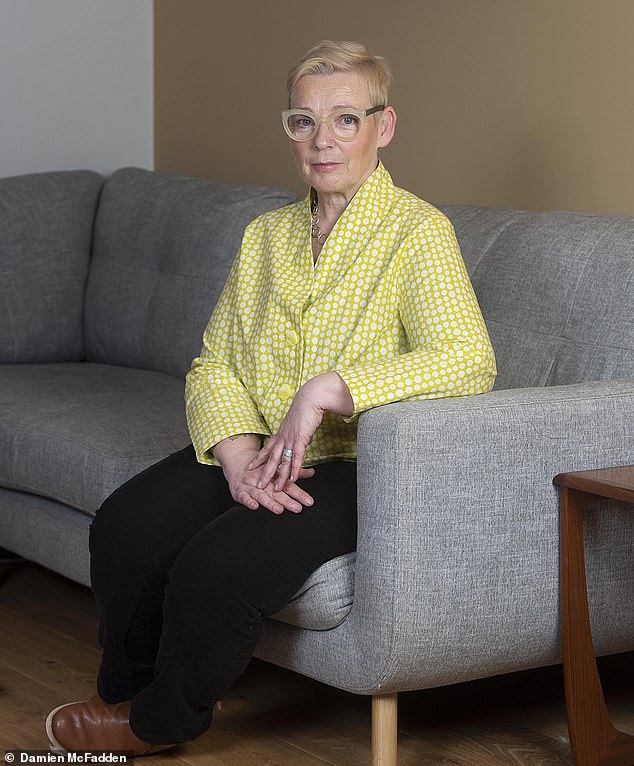 Professor Jo Phoenix (pictured), is concerned about her personal safety, having gone to a school where one of her teachers was shot dead by a fellow pupil

‘It is open to any colleague to raise a concern, and while we cannot comment on ongoing matters, we would like to reiterate that any concern raised is taken extremely seriously and will be investigated fairly and robustly.’

Meanwhile, unsurprisingly, Professor Phoenix is concerned about her personal safety. She is reticent about saying where she lives — other than that it is in the South West of England.

‘When there is an atmosphere in which some people are told they’re a threat to a minority group, the stakes are so high that it’s only a matter of time before someone is physically attacked,’ she says.

Her fears are founded on personal experience. She grew up in America and when she was 13, one of her teachers at a school in Texas was shot dead by a fellow pupil. Then, two years later, she was raped by two men.

‘It gave me a finely tuned sense of justice,’ she says.

Professor Phoenix first worked for the Open University in 1996 and she describes her current post as a ‘dream job because adult education is so important to me’.

All of which makes her current ostracism even more wounding.

The only chink of light is the generosity of those who have donated to help pay her legal fees.

Not only is she battling for her own career and the principles of free speech, she says she is also fighting for younger generations — such as her two stepchildren and four adored grandchildren.

‘I’m doing it for them because they need to be able to talk about the difference between women and trans women without being accused of hatred. I’ll do whatever it takes because this is too important to walk away from.’