Home » Lifestyle » What’s Queer Speed Cruising? I Went On 40 Dates In One Night & Here’s What Happened

When it comes to taking chances, I am a trial-and-error type of person — I prefer to dive in and then figure out how to swim. So, when I saw a post on my friend’s Instagram about an event called "Queer Speed Cruising," I immediately got tickets without a second thought. Three outfit changes, four group chat freak outs, and two lipstick shades later, I found myself pushing open the wooden doors of a bar in Ridgewood, Queens, and strolling past a sign that read: "Closed tonight for a private event."

Queer Speed Cruising, founded by comedian and events king Lily Marotta and artist, activist, and comedian, Alex Schmidt, seeks to create an atmosphere for people to meet in a no-pressure environment. Their event bio shares that it’s meant to be a space for "queer women, queer men, gender non-conforming honeys, and trans folx." The choice to call the event “cruising” and not “dating” is intentional, because the founders encourage each participant to look at every interaction as a chance to meet a partner, friend, hookup, cat-sitter, third, or even a new band member.

On this particular evening, Queer Speed Cruising had collaborated with the organization “Dyke Soccer” (also helmed by Schmidt), the members of which acted as the staff referees. The folks from Dyke Soccer were checking people in and giving them the rundown on how speed dating works. The stage manager was clad in a sweatshirt that had what resembled a Gap logo imprinted on it, but instead of "GAP," it read "GAY." 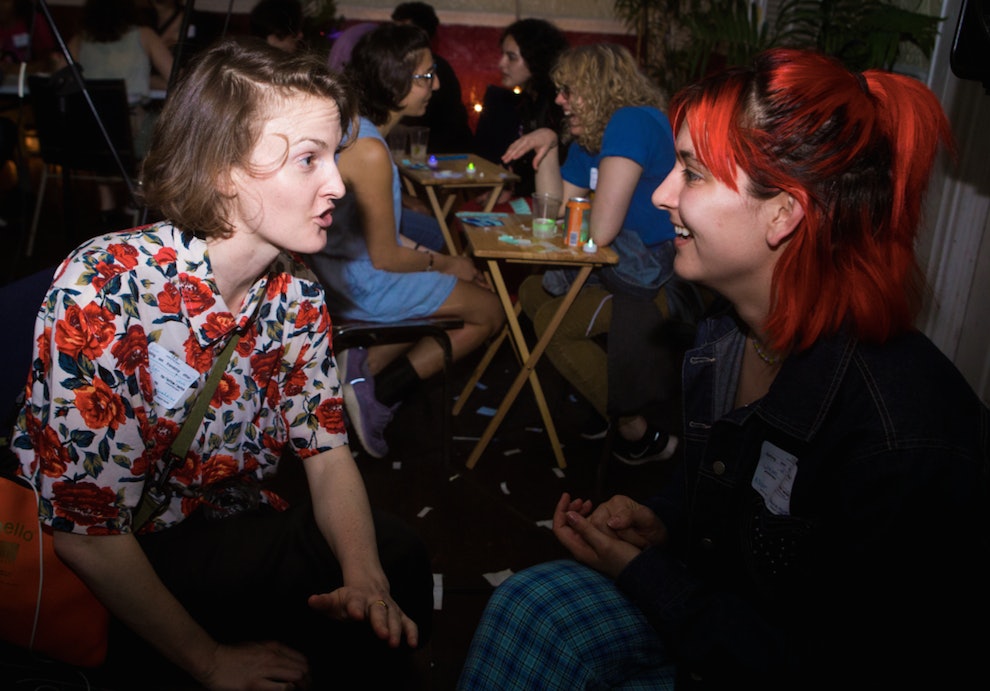 The actual speed dating took place in a big room at the back of the bar, which had a disco ball glittering from the ceiling, and chairs set up in two large concentric circles. There was a slideshow rolling in the background to spark conversation, with questions like “Which character from the L word are you?” and “Is your sun sign more important that your rising sign?” (IMHO, sun sign is more important) playing on a loop. A volunteer announced the start and end of each three-minute date by waving a flag and blowing a whistle, as well as playing a loud horse whinny that blasted from the speakers. 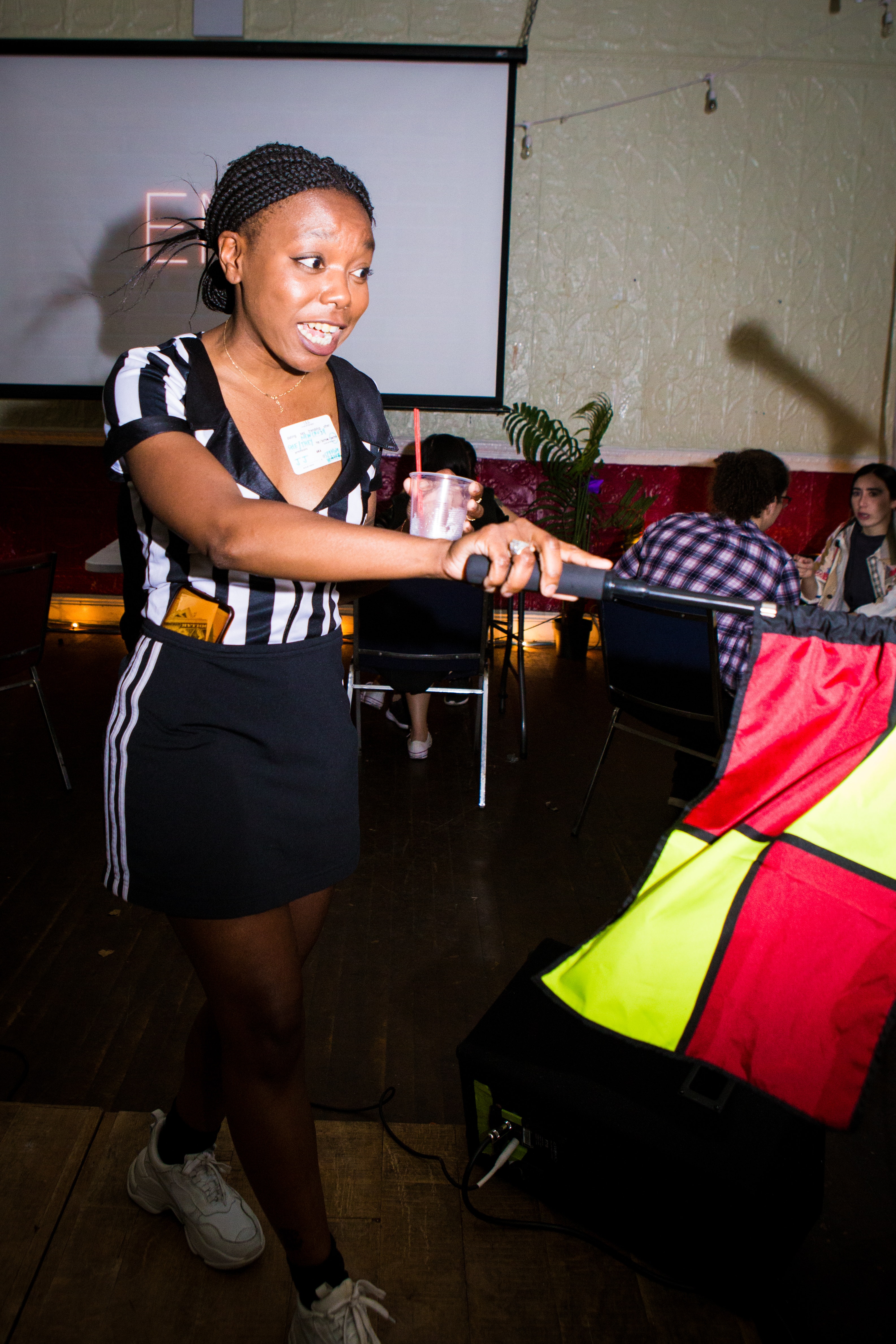 The event blended aspects of pre-internet speed dating and queer culture. I was given a name tag on which I could identify what I was looking for (dating, sex, friendship), if I was a top, bottom, or switch (I circled all of the above), and my Instagram handle. I was also handed a strip of blank stickers and index cards, where I could write all of my info and pass it out to my dates at the end of each round. It felt like going on a scavenger hunt in grade school (although the objectives here were much different).

Before my first date officially commenced, I looked across the room and realized I had upwards of 15 three-minute dates to consecutively go on. Before I had time to panic, the buzzer went off and the first date began. I won’t lie to you — it felt nerve-racking as hell, but the more I listened and asked questions, the easier it became. Although we had to shout over the music and chatter of the others around us, the conversation started to flow. I could tell that we all had a mutual respect for our shared vulnerability. 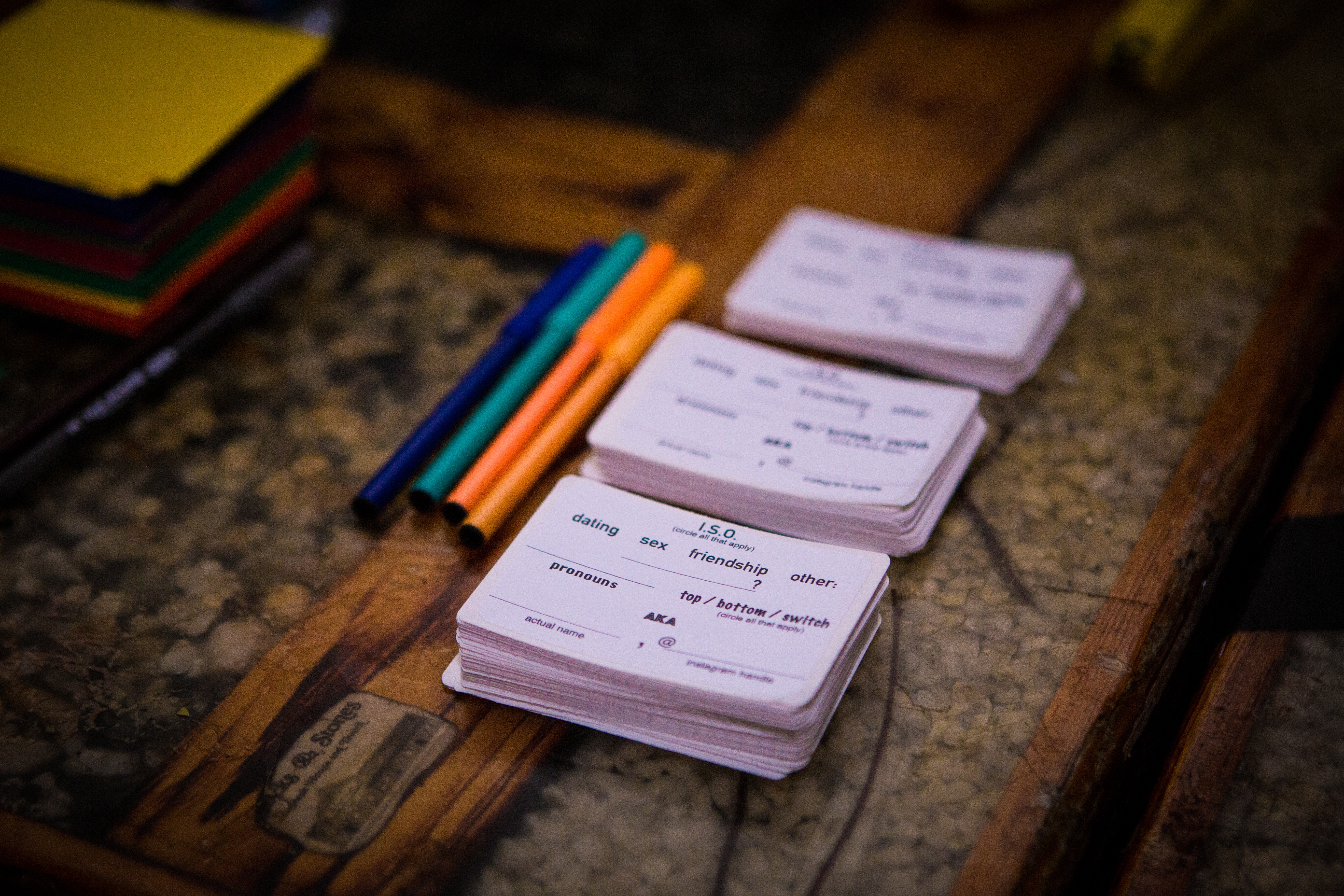 TBH, I didn’t thoroughly consider the weight of my decision to go on upwards of 40 dates in one evening until I was situated on a small folding chair across from a gorgeous blonde woman. She was wearing a form-fitting grey tank top and high-waisted blue jeans, with a few slim gold necklaces hanging between her collar bones (think Villanelle from Killing Eve). When she locked eyes with me, I felt my throat threatened to close up and I realized that I was about to go on a date with her. In a typical setting, I would have been totally anxious. But at Queer Speed Cruising, I learned that I can really survive anything for three minutes. So, I stayed put and we chatted. And even though our conversation didn’t lead to anything more, it still felt magical.

I sat down with person after person. As the music played, disco ball glittered, and queers chatted away, I realized that it can take an incredibly delicate level of optimism to hit it off with a stranger — and that optimism is worth protecting and rewarding, rather than punishing when things don’t work out. The more dates I went on, the more my insecurity faded away. The event fostered a space that brought us fully into the ring, while also keeping that familiar stifling pressure of falling in love at bay. 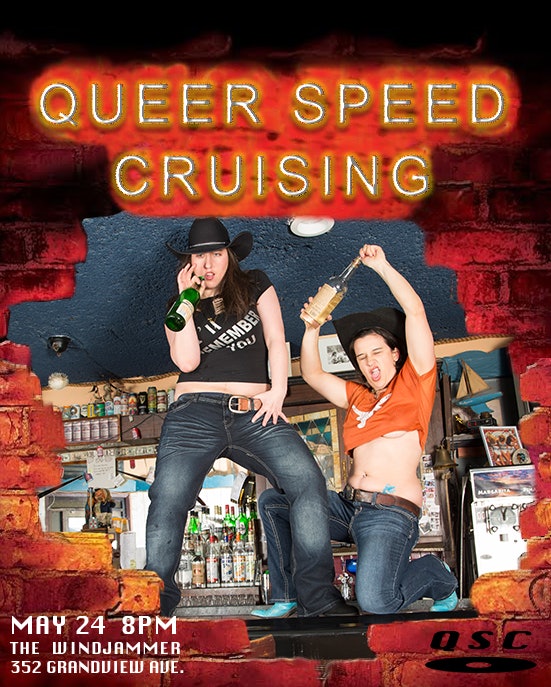 I wanted to go to this event to convene with queer folks in a fun, low-key way, not necessarily because I enjoy going on dates. Honestly, before attending, I had felt burned out from dating. If dates didn’t go well, I tended to overanalyze what I did to cause their demise. I worried about navigating my queerness in the right way or doing and saying the wrong things. But Queer Speed Cruising served as a reminder that it can actually be easier to go on date if you treat yourself with kindness, and alleviate the pressure of meeting "The One." 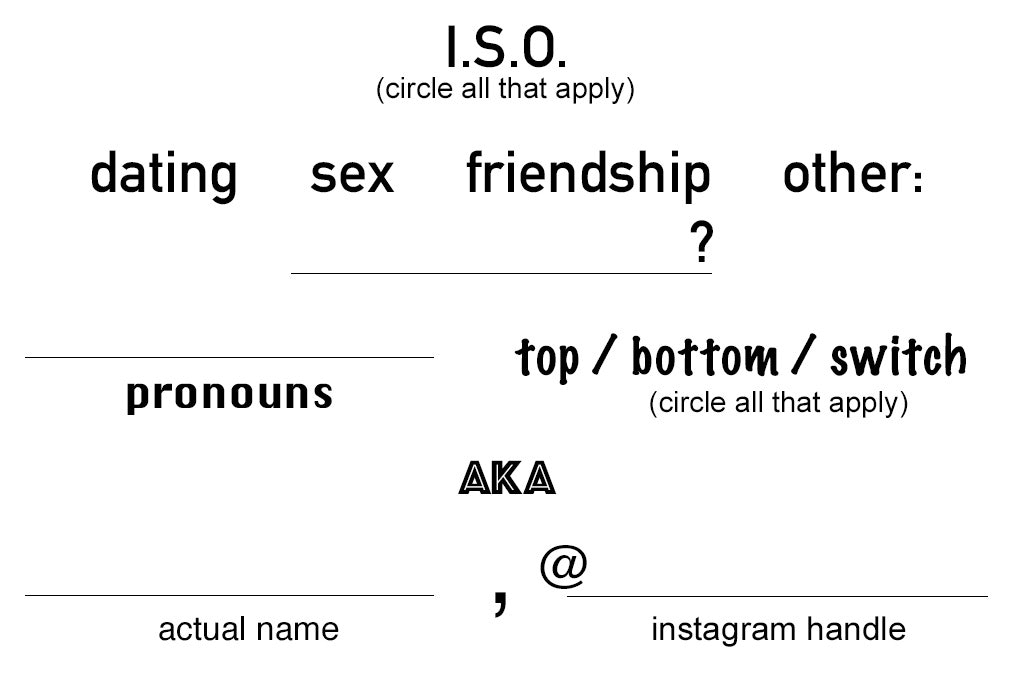 I didn’t meet the love of my life at Queer Speed Cruising, and that’s OK — I didn’t feel pressured to leave with a partner. I did, however, feel wistful possibility, filled with genuine hope. Above all, I had a lot of fun. After two rounds of dating, I chose to sit the rest of the evening out and gab with the wonderful queers I had met. We spent the very end of the night talking and laughing. Marotta kindly offered me a piece of pizza from the referee table, which felt like a gesture of queer camaraderie. I ate it folded in half, while sitting in the corner by the DJ booth. Although I was surrounded by strangers, I knew I wasn’t alone.