Home » Lifestyle » Why is everyone learning How to Make Gravy today?

For the uninitiated, the soundtrack to the silly season might mean Mariah Carey warbling that “all she wants for Christmas is you” but for those in the know, for those who understand the true meaning of the holiday, there is only one song that matters. 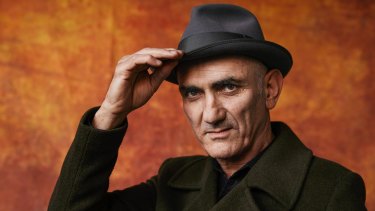 Celebrating its 25th anniversary this year, Paul Kelly’s How to Make Gravy remains the quintessential Australian Christmas anthem. Aside from providing our most memorable recipe (flour, salt, a little red wine, and don’t forget a dollop of tomato sauce), the song has given rise to our favourite national holiday: Gravy Day, aka December 21.

That’s nice of you, but I just need a hint of context.

Sounds delicious, but I’m still not keeping up.

Once a year, on December 21, Australians gather to celebrate #GravyDay. It’s named after Paul Kelly’s 1996 hit, How To Make Gravy and falls on the 21st because that’s the date mentioned at the start of the song. At this point, Gravy Day is arguably bigger than Christmas Day.

When did #GravyDay become a thing?

It’s hard to say. The song was released in 1996 and has steadily built up a following over the years. It was nominated for Song of the Year at the 1997 ARIA Awards but lost to Savage Garden’s Truly Madly Deeply.

How do people celebrate this saucy holiday?

Well, everyone blasts How to Make Gravy and bombards social media with their love for the song (#GravyDay is trending on Twitter). There are gravy memes aplenty. Some people even recreate the recipe mentioned in the song.

Which involves what exactly?

For sweetness and that extra tang. Obviously.

There are loads of popular Christmas tracks. What is it about this song?

It captures perfectly the chaos of an Australian Christmas day, all that heat, tension, and drunken dancing. Plus, it features a cast of characters that have come to feel like people we all know.

Well, I guess you’ve got the brothers driving down from Queensland. And Stella’s flying in from the coast.

With Omicron taking off? They better hurry.

Then there’s Angus, Frank and Dolly. Plus, Mary’s smelly new boyfriend, as well as Roger. The list goes on.

Right. And I presume someone, at some point, ends up making gravy?

Normally, that job belongs to Joe, our narrator, but he’s in prison. This is also why the song is so heartbreaking. All Joe wants to do is get home for Christmas, see his kids and make some (plenty) of gravy.

So, this much-loved track is actually about a criminal who enjoys making gravy?

Pretty much. But the general message of being apart from your family at Christmastime has really struck a chord these last few years. We are all incarcerated Joe.

Indeed, and how will you celebrate Gravy Day?

I’ll probably put on Junior Murvin and push the tables back.

None of that means anything to me. Gravy is yum, but there are more deserving sauces of a national day.

I’d get around SoyDay, Worcestershire Week?

This conversation is over.