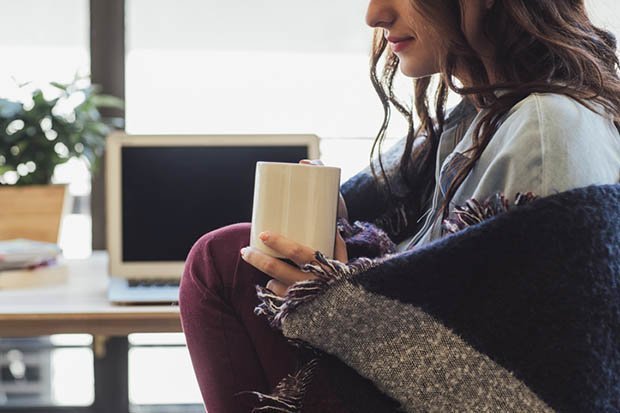 Anyone who has ever worked in an office is probably familiar with the thermostat wars.

And now scientists have added fuel to the proverbial fire with new research showing women work better in warmer offices.

Men, on the other hand, work better when the temperature is cooler, according to a study published in the journal PLOS One.

The  study tested the abilities of 500 men and women in Berlin to perform a series of tasks at a variety of temperatures.

At higher temperatures, the women performed better at maths and verbal tests.

But the exact opposite was true for the men.

And for women, the increase in performance while working in warmer temperatures was “significantly larger” than the decrease in male performance.

“The magnitude of the effect was really surprising, especially for the math task,” Professor Tom Chang told the Atlantic.

It’s long been known that men have a slightly higher body temperature than women.

As a result, “most office buildings set temperatures based on a decades-old formula that uses the metabolic rates of men,” concluded one study from 2015.

But if raising the mercury is going to help women’s productivity, we dare say more offices might start adopting a different policy.

So if you constantly find yourself shivering and sitting in extra layers at your desk it might be worth subtly pointing your boss in the direction of this study.