Green Bay Packers quarterback Aaron Rodgers is no stranger to controversy but the latest rumor that he may boycott Super Bowl LVI – over the NFL’s coronavirus rules – is pure “fake news,” he said on social media.

“Dumbest f—ing story ever,” Rodgers said in a tweet with laughing emojis, alongside a video of sports commentator Boomer Esiason, who reported the boycott rumor on his New York City radio show. 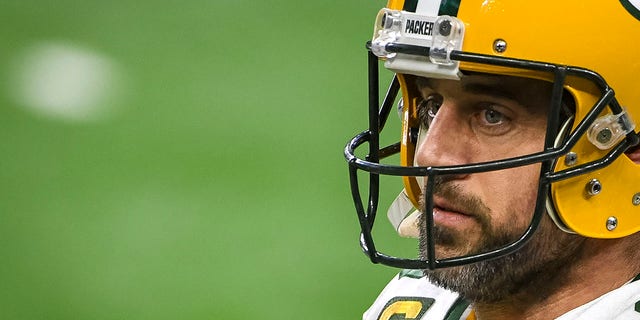 Aaron Rodgers #12 of the Green Bay Packers looks on before the first half against the Detroit Lions at Ford Field in Detroit, Dec. 13, 2020.
(Getty Images)

Rodgers, who many expect to win the NFL MVP award this year, also included hashtags of #fakenews, #boycottfakenews, and #boycottbums, which is a nod to him calling sportswriter Hub Arkush a “bum.” (Arkush previously said he would never vote for Rodgers to win the MVP, prompting the retort). 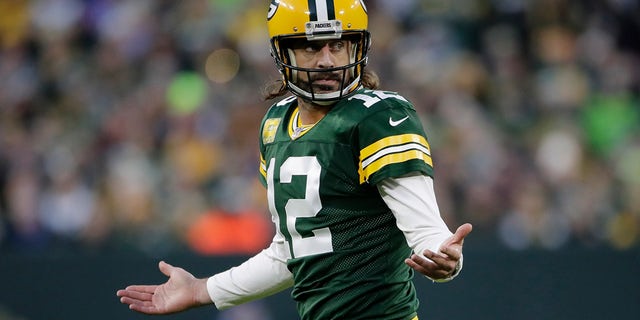 Green Bay Packers’ Aaron Rodgers reacts after an incomplete pass during the first half of an NFL football game against the Seattle Seahawks Sunday, Nov. 14, 2021, in Green Bay, Wisconsin.
(Associated Press)

“He will threaten the NFL by saying he won’t play in the big game, or next season, if they don’t eliminate some of the COVID-related rules,” the co-host continued. “One big one that upsets him the most is the testing of non-symptomatic players.”

The text then said Rodgers has spoken to his backup quarterback, Jordan Love (who started a single game this year after Rodgers tested positive for the coronavirus), about the boycott, telling him to “be ready.”

“Like you said, he’s got to make it first, but Super Bowl week will be set on fire and send [NFL Commissioner Roger] Goodell into a frenzy,” Giannottia concluded. 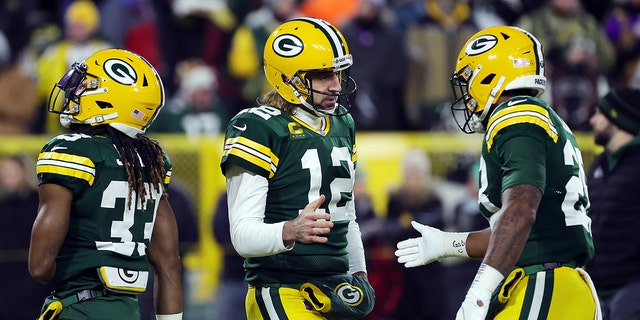 Aaron Rodgers #12 of the Green Bay Packers warms up prior to the game against the Minnesota Vikings at Lambeau Field on Jan. 2, 2022, in Green Bay, Wisconsin.
(Getty Images)

While Esiason confirmed the text came from a “reliable” source, Rodgers’ tweet iced the rumor. The quarterback also joked about the rumor over Twitter with tweets to Love and retired GB quarterback Matt Flynn (see here and here).

Rodgers is not expected to play this weekend when the Packers play their final game versus the Detroit Lions after helping his team clinch the No. 1 seed in the NFC playoffs last week and making history as the first NFL team to have three 13-win seasons in a row.

As the top team in the NFC, the Packers have the sole first-round bye in the NFC playoffs.