SPANISH Grand Prix motorcycle racer Alex Marquez was lucky to walk away unhurt after a horrific crash in Valencia during the qualifying for the Moto GP.

The 24-year-old was thrown over the handlebars of his motorbike at high speed after misjudging a tight turn. 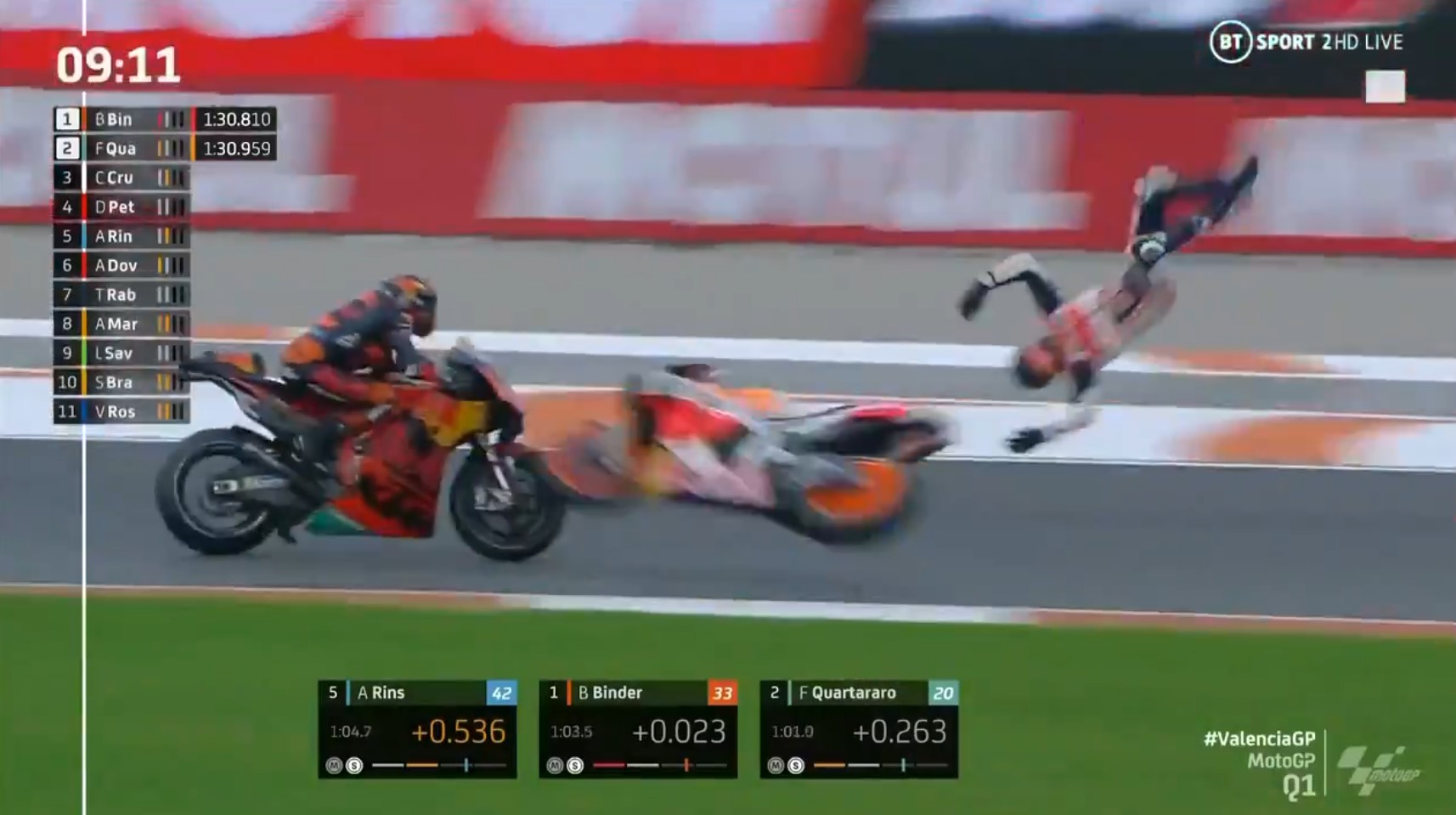 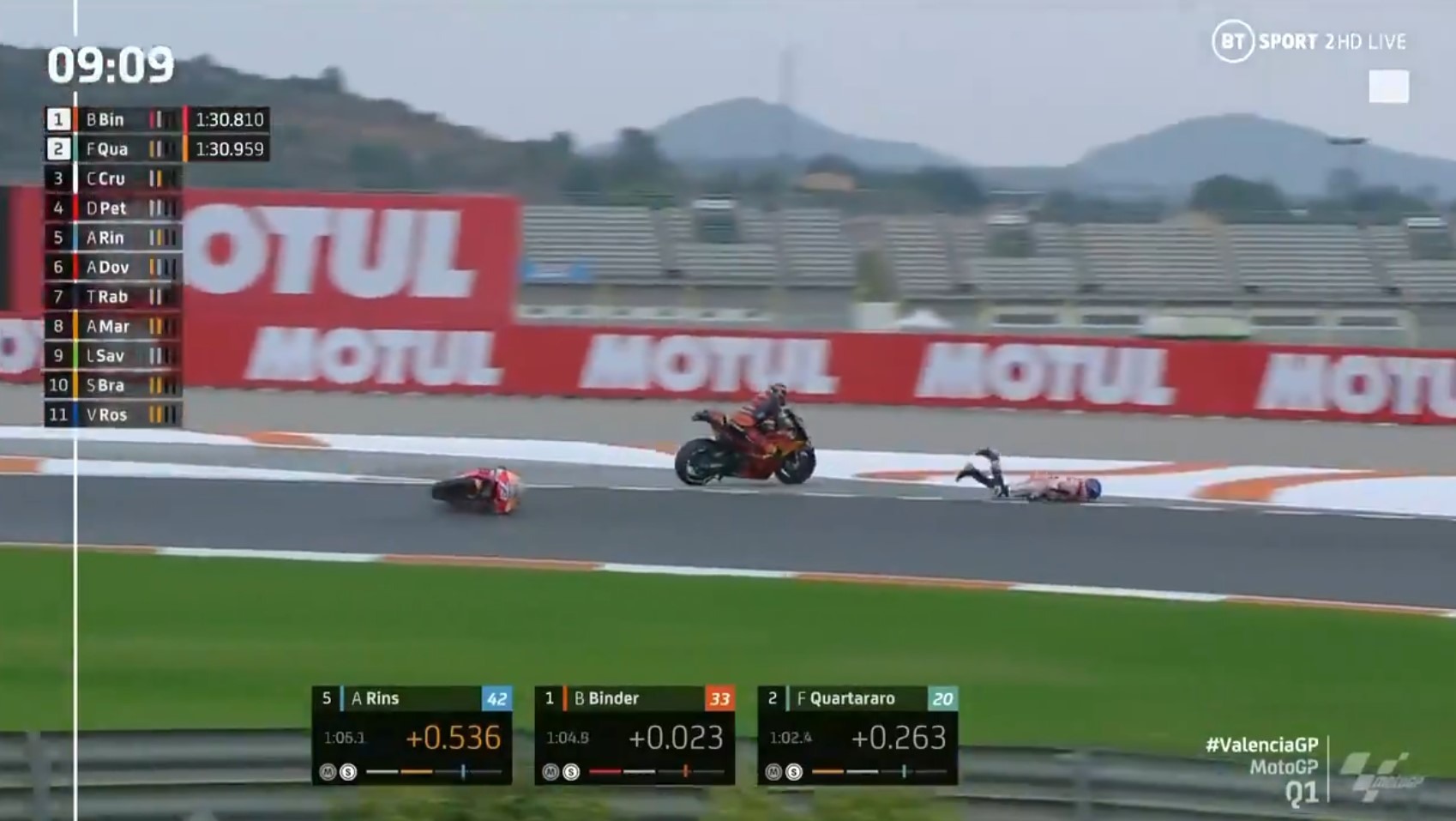 Landing on his coccyx first, he flipped onto his shoulder and then face as he skidded off the track.

Paramedics were immediately on hand to rush to Marquez's aide as the incident unfolded.

Incredibly though, the younger brother of eight-times world champion Alex Marquez was next seen walking away from the track – seemingly unhurt – from the horror moment.

The Repsol Honda man even returned to the track moments later after being catapulted from his motorbike.

It's not the first time Marquez's life has flashed before his eyes on the track.

In fact, before the Valencia qualifying round he had suffered two successive crashes.

The rookie revealed beforehand he was hoping to finish the season as best he can. 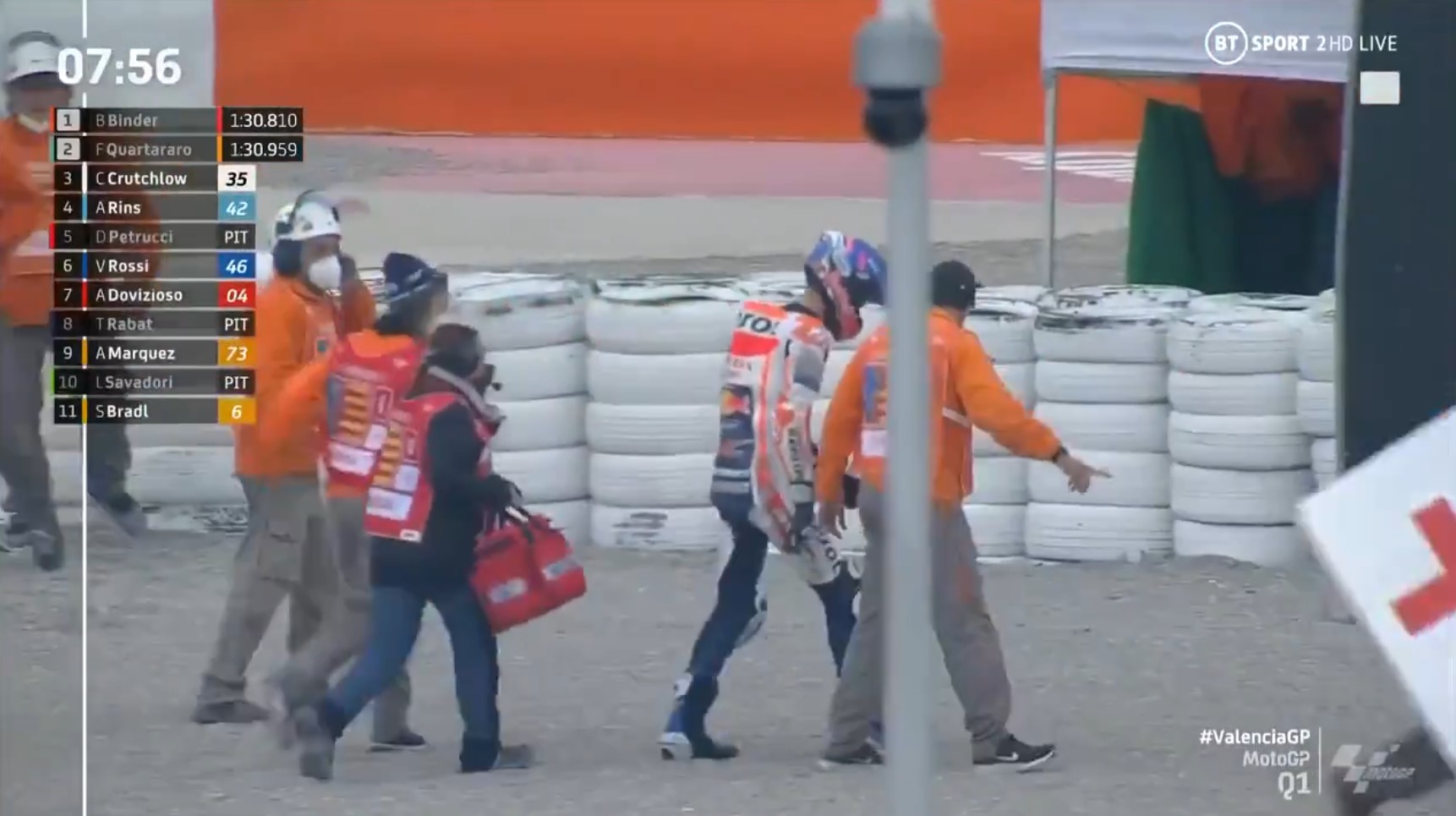 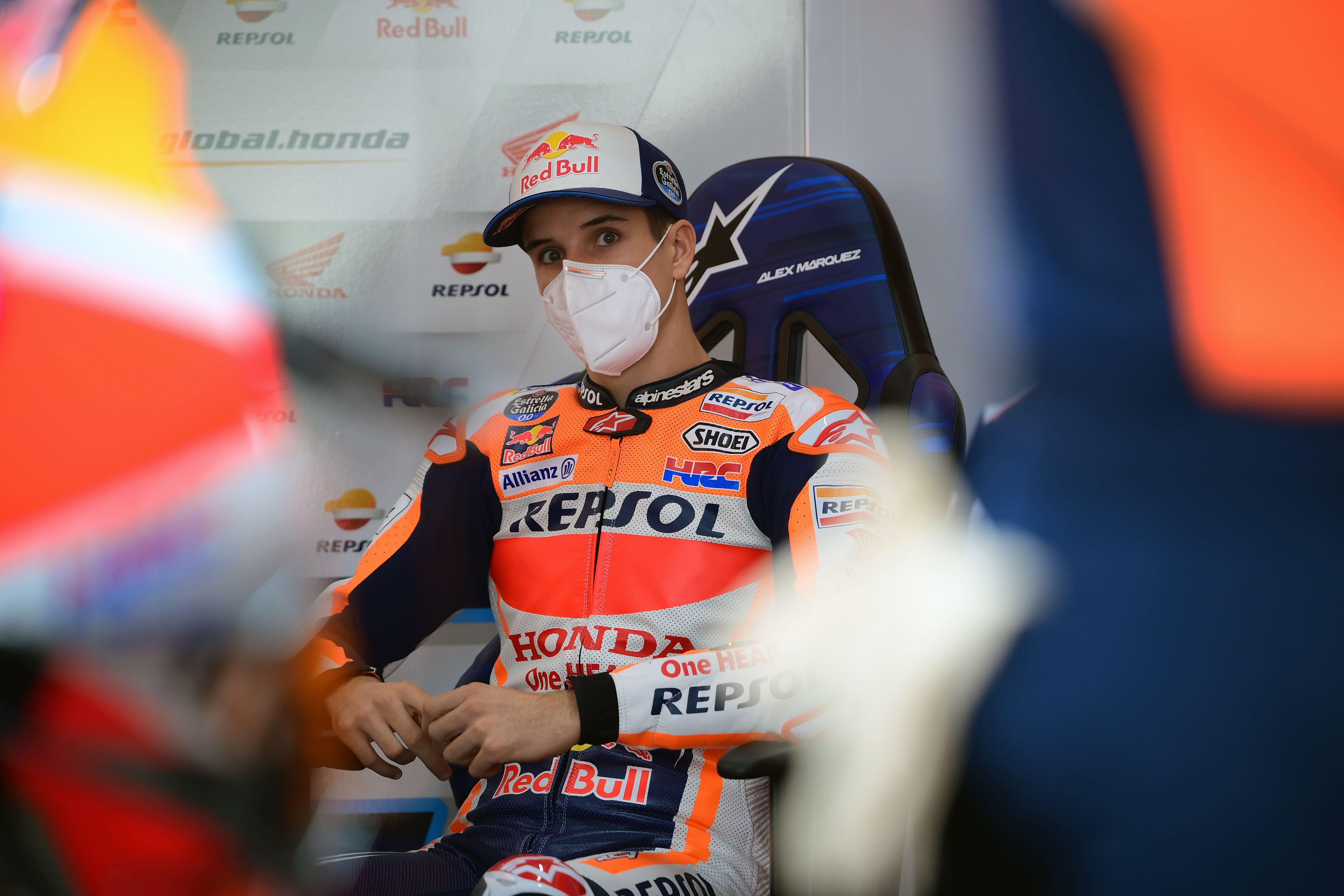 "We have a lot of things to improve in view of the season finale," Marquez revealed.

"I have to try and have more confidence with the bike and at the sametime have a fast lap in qualifying."

On Sunday, Marquez will start from 20th on the grid at the Circuit Ricardo Tormo.