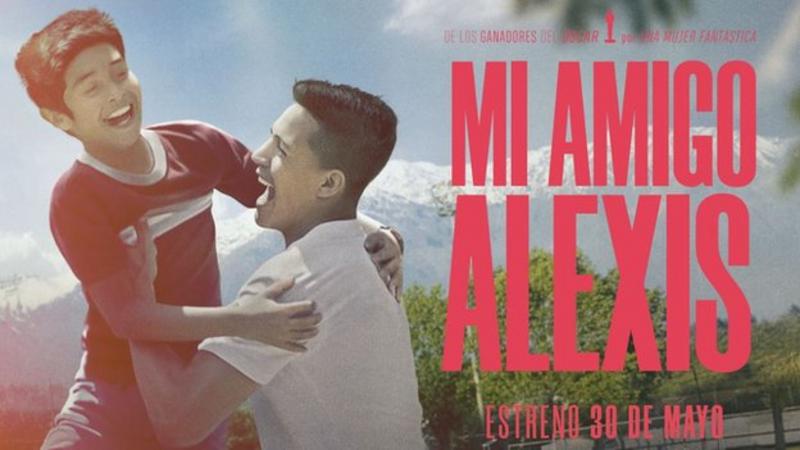 Alexis Sanchez may have had a season to forget, but the Manchester United forward will be hoping he has more success with his debut film.

The 30-year-old stars in Mi Amigo Alexis, which is released in his native Chile on Thursday.

“Everybody loves him [in Chile],” said Jadue. “He is considered a big hero.”

The film, from award-winning director Alejandro Fernandez Almendras, is not a biopic, but tells the story of 12-year-old Tito who accidently meets his idol Sanchez.

“The unexpected friendship between the child and the idol brings teachings for both: Tito discovers his true path in life and Alexis is reunited with the stories from his childhood that make him remember the reason why he loves football,” reads the film’s synopsis.

Sanchez, who is reportedly United’s biggest earner, has struggled with injuries and form since moving to Old Trafford in January 2018 from Arsenal and has been linked with a move this summer.

The former Barcelona player has scored just once in the Premier League this season, having played just 45 games for United since joining them.

Mi Amigo Alexis is Sanchez’s first film role, though he has previously appeared in adverts and famously played piano in his United unveiling video.

“I think people will be surprised at how Alexis acts – what he does and says,” said Fernandez. “He goes beyond what we see on the pitch.”

Speaking to ADN Radio Chile, Sanchez said: “It’s different from playing soccer. There, you are not worried about the cameras. I am a perfectionist and I want things to go well. In the end, I was relaxed and happy and it came out natural.”

Luciano Gonzalez, who beat thousands to land the role of Tito, said working with Sanchez was “the most wonderful thing that could have happened to me”.

Sanchez is back home ahead of Chile’s defence of the Copa America which starts on 14 June in Brazil.

Known in Chile as “Nino Maravilla” (boy wonder), Sanchez is struggling to be fit in time for the competition, suffering from a right ankle injury.