ARSENAL have been given a huge boost in their pursuit of Real Madrid star Martin Odegaard.

The 22-year-old's No.21 shirt was handed to Brazilian sensation Rodrygo for this season, Sports Witness report, fuelling rumours that Madrid are ready to let him leave. 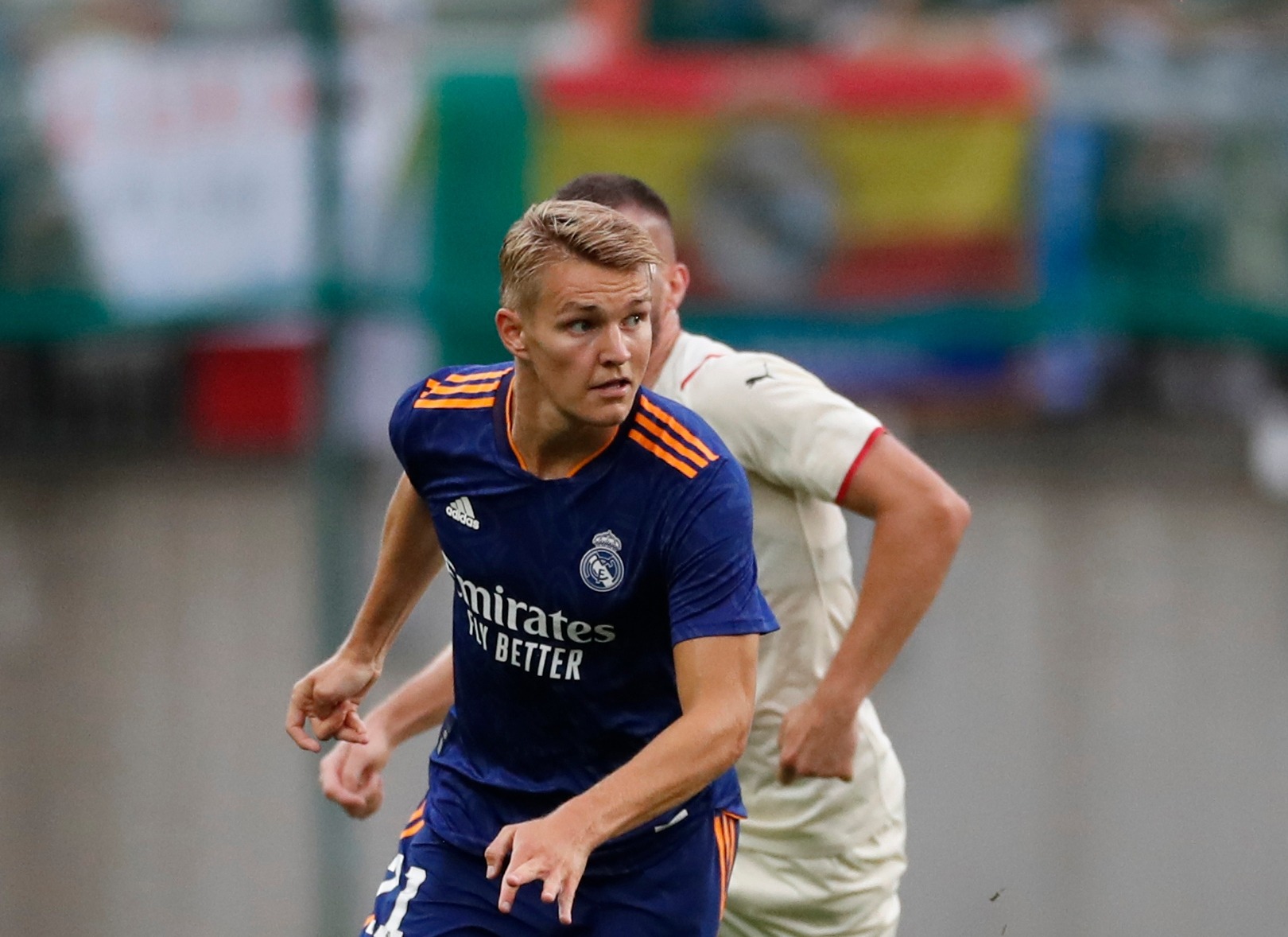 Along with losing his squad number, the midfielder is also missing from Madrid's squad for their upcoming game against Alavés this weekend, which is displayed on LaLiga's website.

Odegaard and fellow ex-Arsenal loan star Dani Ceballos are the only names left out of the Los Blancos squad, SW revealed.

And as Madrid have handed out 24 squad numbers out of 25, there's only one spot up for grabs.

Manchester United-bound defender Raphael Varane has made it to Madrid's provisional squad list but his spot will likely be given to Jesús Vallejo, AS claim.

It's looking increasingly likely that Odegaard will be the head on the chopping block after being heavily linked with a move to North London all summer.

Journalist Sergio Santos is so certain of Odegaard's Madrid exit, he reckons his Arsenal move is days away, and possibly just hours.

BETTING SPECIAL – GET ARSENAL TO BEAT BRENTFORD AT 30/1

But for the Gunners to get their hands on the Norwegian, they'll reportedly have to part with £42million.

That's according to journalist Lucas Navarette, who also claims that Odegaard's seriously debating a move away from the Bernabeu in order to secure first team football.

Arsenal initially signed the Norwegian on loan from Real Madrid in January.

Following the 22-year-old's Los Blancos return, Arteta was eager to bring him back to the Emirates for next season.

During his short spell with the Gunners, Odegaardbuilt a close bond with the Gooners.

This was revealed when he said his goodbyes after his loan deal expired.

In a heart-wrenching goodbye to the Arsenal faithful, he said: "My time with the Arsenal family will always hold a special place in my heart."