ARSENAL booked their place in the League Cup fourth round with a comfortable victory over AFC Wimbledon.

Boss Mikel Arteta made ten changes for the clash with Sunday's North London derby in mind. 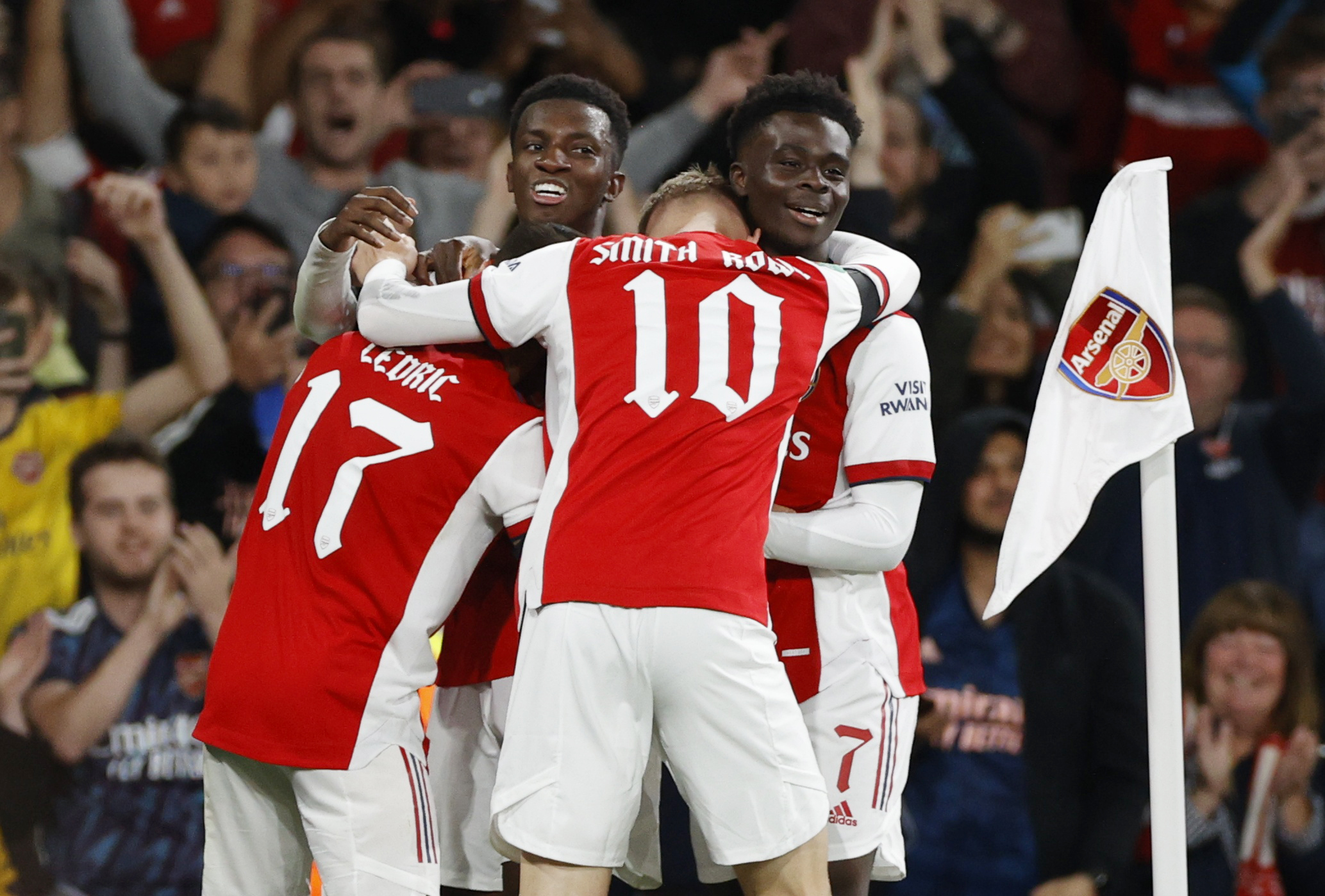 And the step down in quality was pretty clear for much of the match, with the Gunners labouring for long spells against limited opposition.

The introductions of Bukayo Saka and Emile Smith Rowe sparked Arsenal into life, however, with two late goals adding gloss to a forgettable, but effective evening at Emirates Stadium.

Here's how SunSport's Etienne Fermie rated each Gunners performer on the night.

Returning German was a virtual spectator for the vast majority of the match, and could have worn his flip-flops he was so untested.

The Portuguese lacked the quality to help the Gunners going forward.

The former Bolton man will likely be watching on from the bench come Sunday's North London derby.

Spaniard battled earnestly as fans have come to expect.

Mari's distribution left a lot to be desired, however. 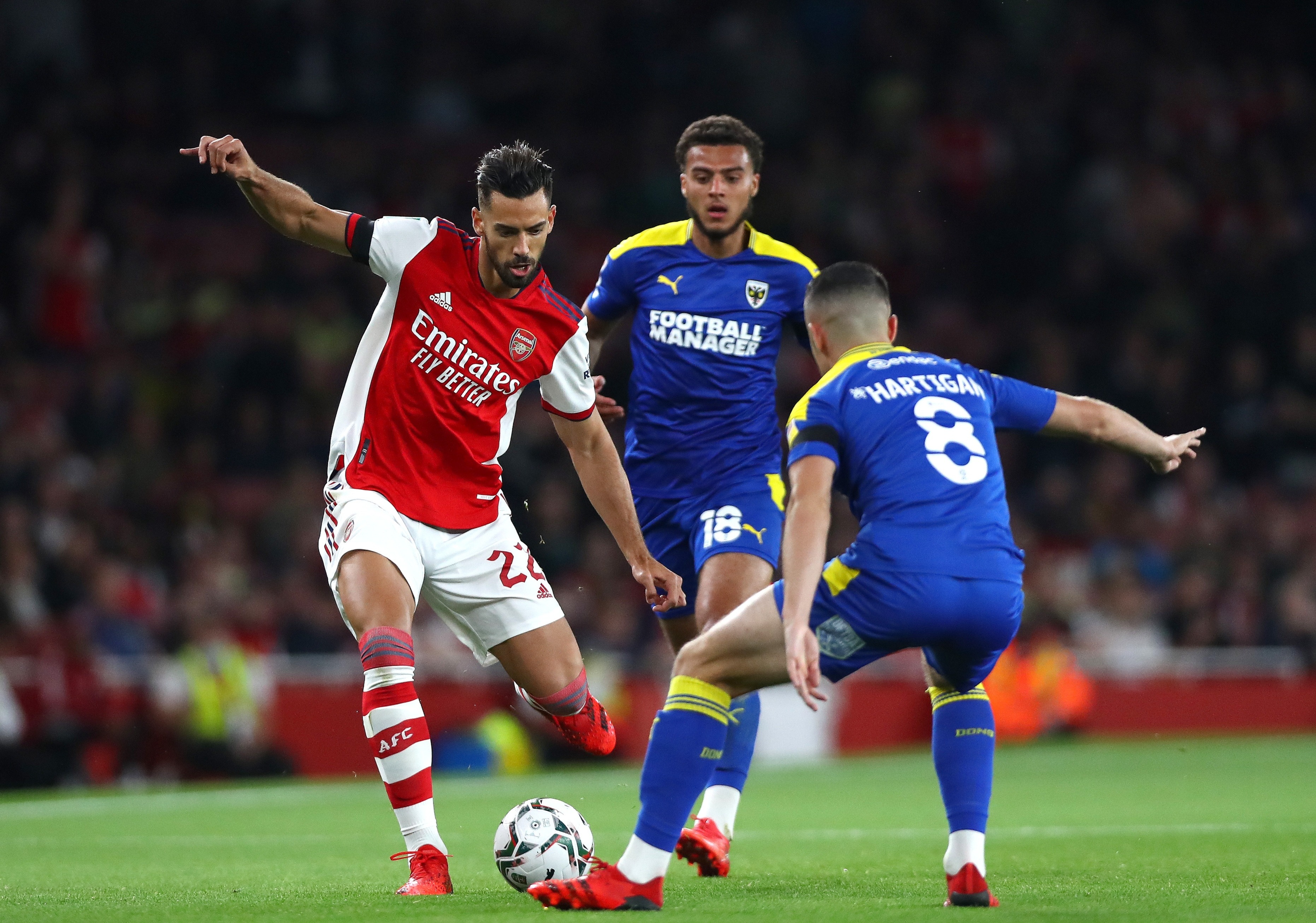 Embarrassingly penalised for a foul throw in the 16th minute – and beaten easily a few minutes later for Wimbledon to send in a dangerous cross.

The summer recruit clearly has a lot of raw ability, but is not yet ready to properly challenge first choice Kieran Tierney, despite flashes of quality.

Tidy outing for the former Anderlecht starlet, who was able to nip a number of potential Wimbledon counter attacks in the bud.

Fans will next hope for better, more progressive use of the ball as he develops.

Often on hand to win the ball back for the Gunners, setting them on the attack with smart passing.

Stung Nik Tzanev's palms with a decent effort from around 25 yards on 58 minutes, before being substituted moments later, likely with Sunday's North London derby in mind. 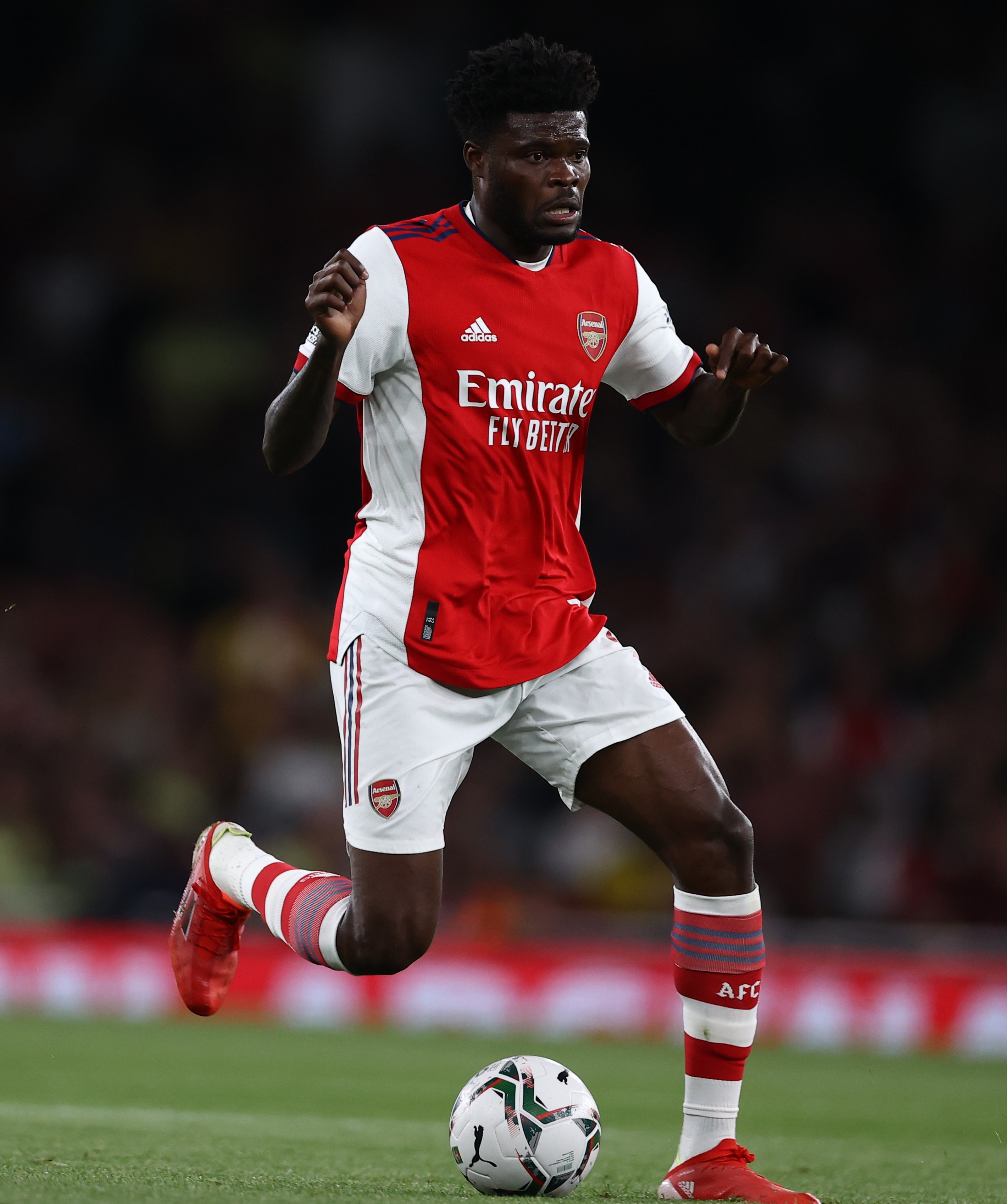 Showed some occasional nice touches here and there, but is ill-suited to playing such an advanced midfield role.

Was caught dallying on the ball early in the second-half only for the Dons to waste a decent opportunity, and started to irritate the Arsenal faithful with some of his wastefulness.

Scythed down in the box by Nesta Guinness-Walker after a driving run to the byline to earn Arsenal a tenth minute penalty. Took a knock in the 20th minute defending a corner, and another on the half hour mark when clattered by former Chelsea youngster Luke McCormick.

Tried to skip past Nik Tzanev after being played through by Lacazette, whena first time finish may have served him better – the Brazilian faded as the game went on and was replaced by Bukayo Saka. 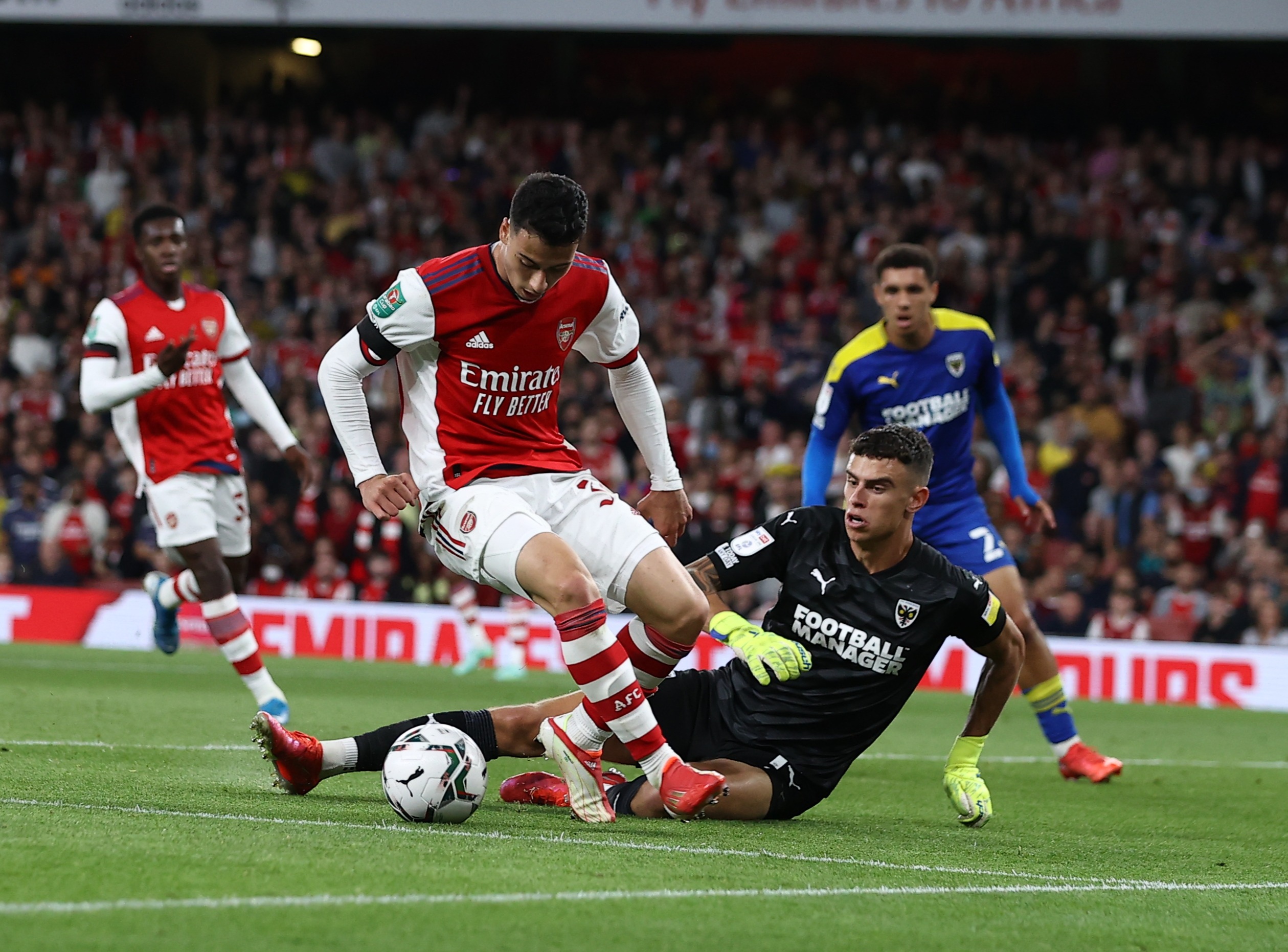 Young forward was unlucky to see his 64th minute header saved by Tzanev.

Looked wasteful for much of the game, but salvaged his performance with an excellent backheel finish late on.

Calmly converted from the penalty spot to give Arsenal an early lead, although wasteful with his next two forays into the box.

Frenchman made very little impact aside from his early spot kick. 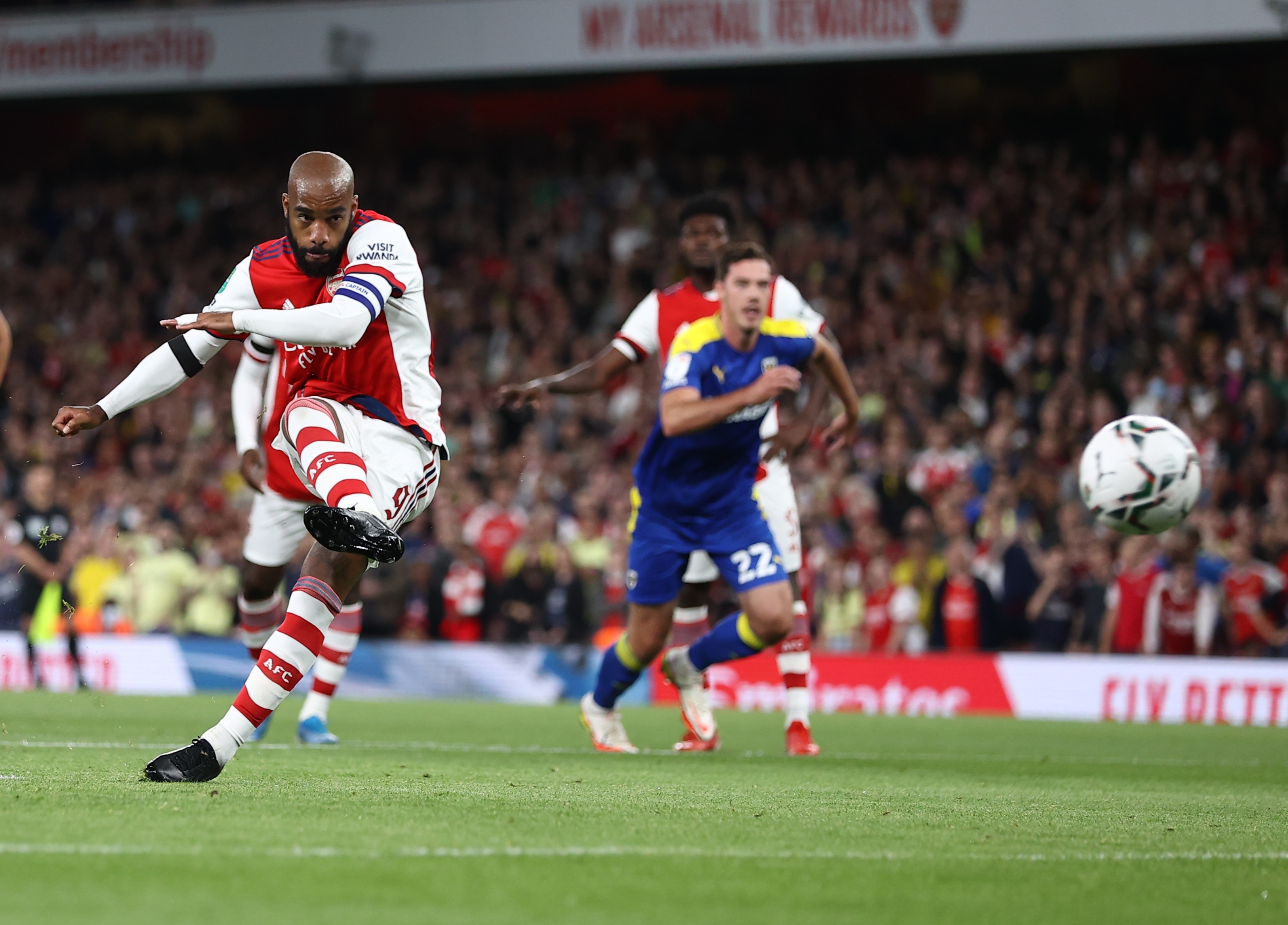 Emile Smith Rowe (for Partey, 59) – Put the game to bed with a 77th minute tap in to finally end Wimbledon's dreams of a comeback. 7

Bukayo Saka (for Martinelli, 76) England star's introduction drew the biggest cheer of the night, and he was instantly involved in the build-up to Smith Rowe's goal, before nearly adding one of his own in stoppage time. 7

Folarin Balogun (for Nketiah, 83) Didn't have enough time to make an impact. N/A