EDDIE NKETIAH is reportedly heading for the exit despite Arsenal’s best efforts to keep him.

The 22-year-old could leave the Emirates as early as January after rejecting pleas to sign a new deal. 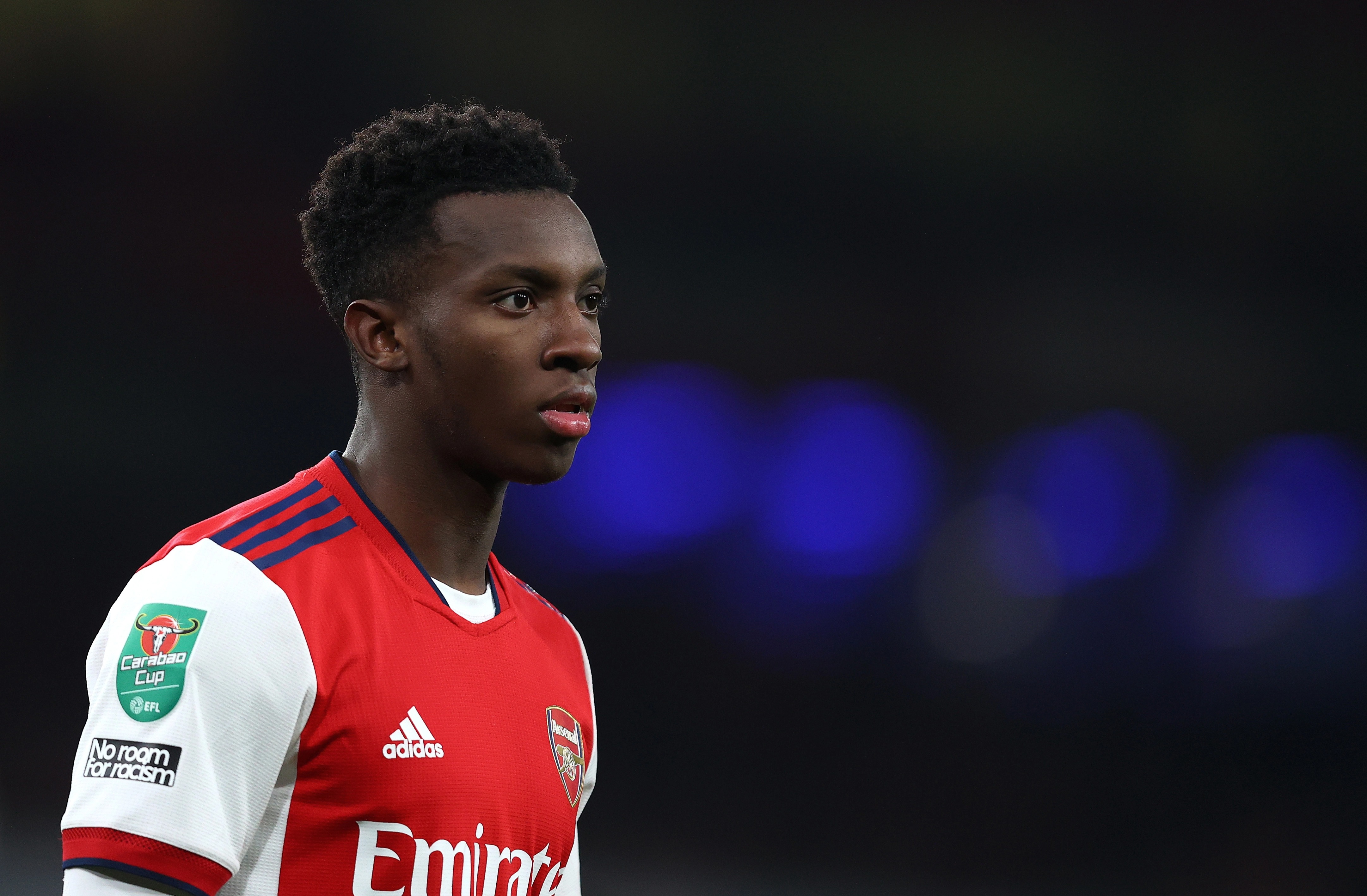 The Mail reports West Ham, Crystal Palace and Brighton are among the Premier League clubs monitoring the situation.

Nketiah is out of contract in the summer and would be free to sign a pre-contract agreement with foreign clubs next month.

He is thought to be the subject of interest from Germany and France ahead of a possible move abroad.

The striker – who staked a claim for a first-team spot with a hat-trick against Sunderland this week – is desperate for more first-team football as he attempts to break into the senior England squad.

Gunners boss Mikel Arteta has been trying to tie him down to a new deal but hasn’t ruled out a cut-price sale when the transfer window opens in the new year.

Arteta said: “We are trying really hard to do the best that we can. The contract has an expiry date and you cannot control that.

Most decorated XI in Euro history including Messi & Giggs, but no Ronaldo

Kelleher the Reds hero as Klopp's men into semis after penalties

Euro 96 star looks unrecognisable 25 years on from playing days – who is it?

“We have had discussions with Eddie for a long time. He is a player we admire and want to keep.

“We will continue to do our best to keep him because we want him to be part of our project.”

Nketiah has seen his opportunities limited in North London despite the fall from grace of skipper Pierre-Emerick Aubameyang.

The veteran forward has been left out of the Arsenal squad and stripped of the captaincy following a series of ‘disciplinary breaches’.

⚽ Get all the latest Arsenal news, updates and transfer gossip with our live blogs