ARSENAL are a great club and poor players do not tend to play for it.

It is more a case of players not quite being at the level we as fans expect, hope for, or indeed have been used to. 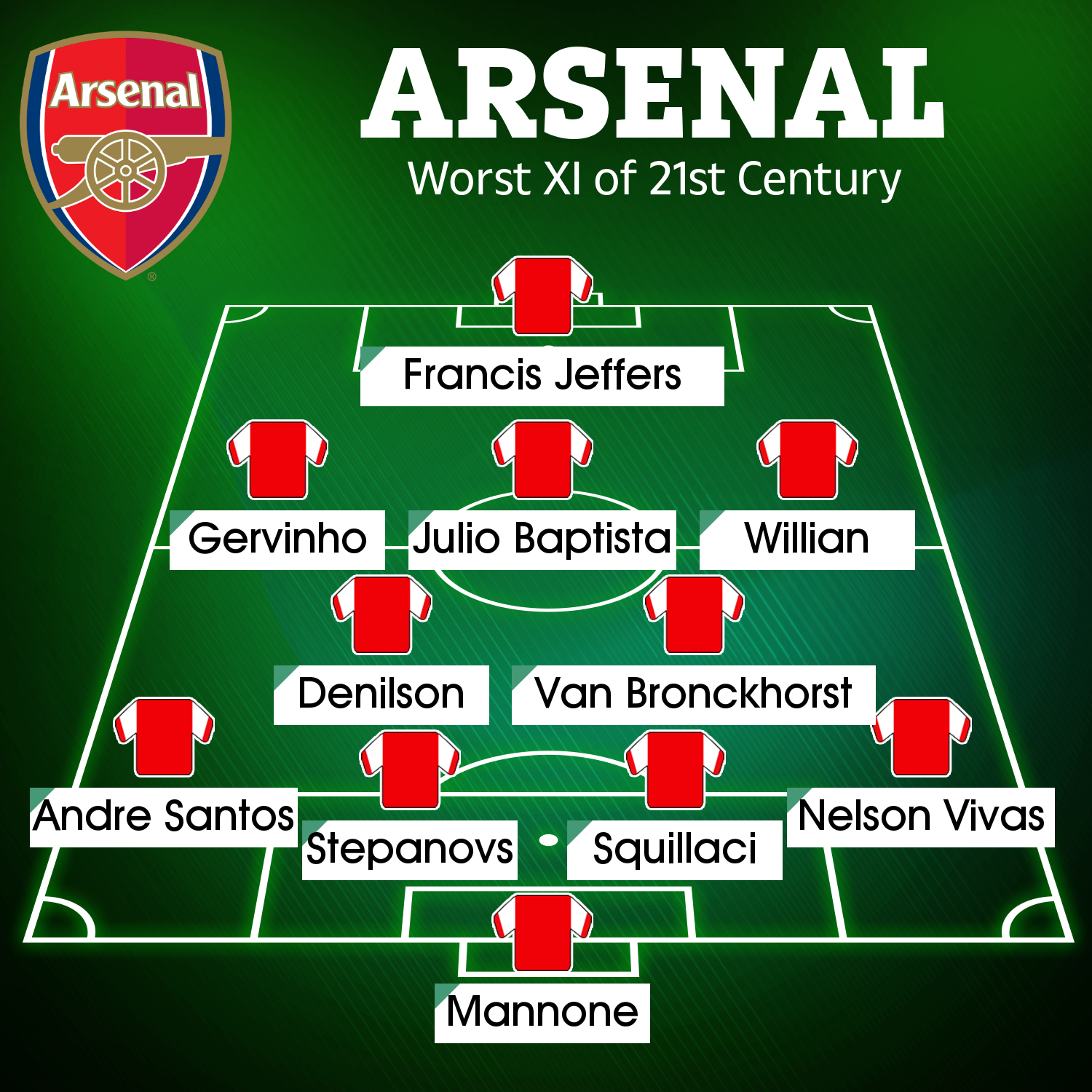 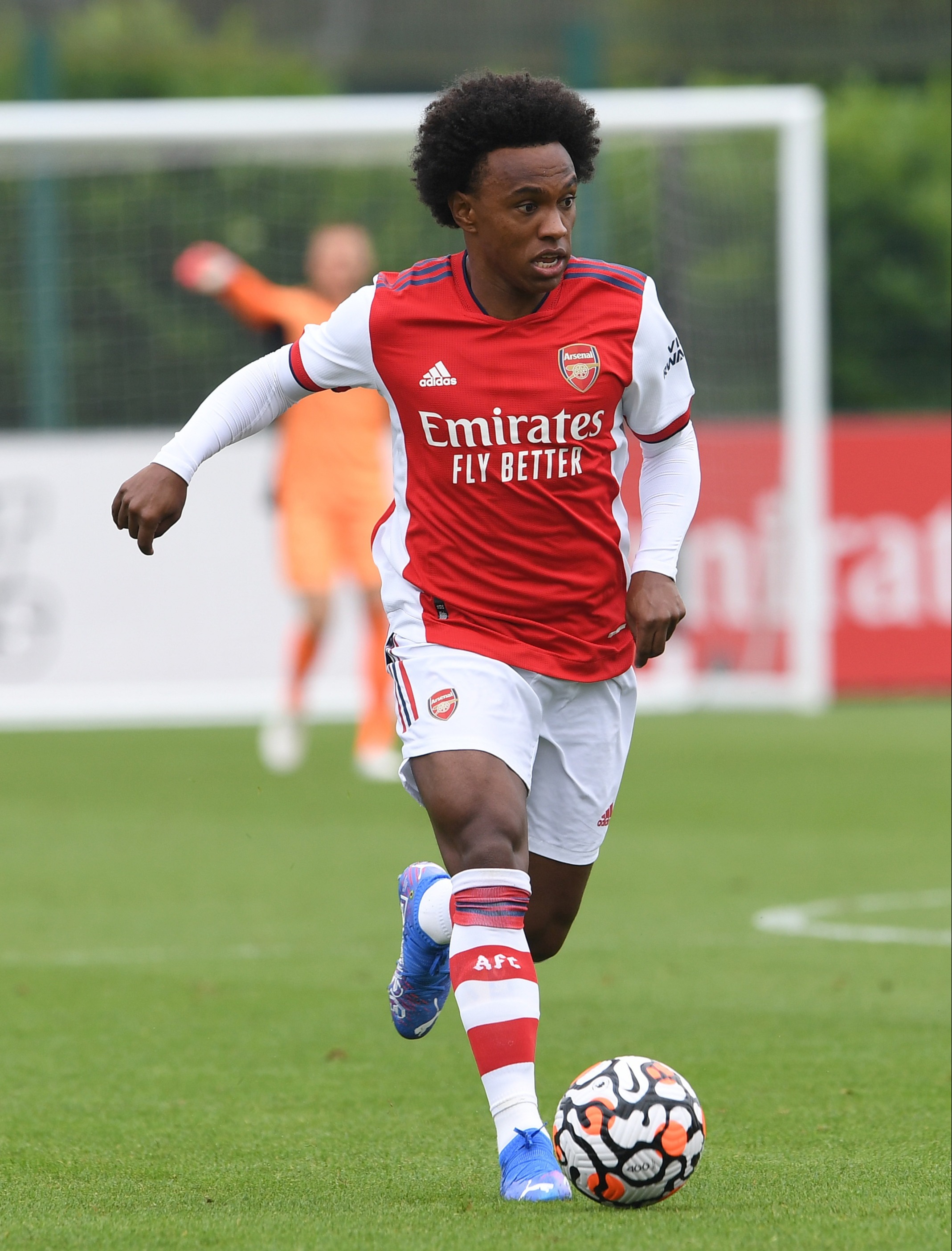 With regards to my rules when determining Arsenal's worst XI of the 21st Century – a player must have played a minimum of 10 Premier League matches to qualify for consideration.

This rules out failed signings that never truly played enough for us to judge.

Secondly, the formation of the 11 will be 4-2-3-1, simply because it has been the predominant set up this century.

Arsenal fan Dave Seager tells us below as he picks his very own team of North London flops:

Since Jens Lehmann, Arsenal have not covered themselves in glory in this position with no goalkeeper truly getting close to the German Invincible or Seaman’s consistency.

Of the average bunch I think Vito Mannone was the most disappointing, and the level of his career post 15 matches in seven years at the club probably bears this out.

Many might shout Emmanuel Eboue, wrongly, or even Stephan Lichtsteiner after one awful season but I am opting for Nelson Vivas.

I do so because in 2000 and 2001 as a full and regular Argentina international he was unable to edge out a 37-year-old Lee Dixon. Something a central midfielder Lauren was able to do when Vivas left. 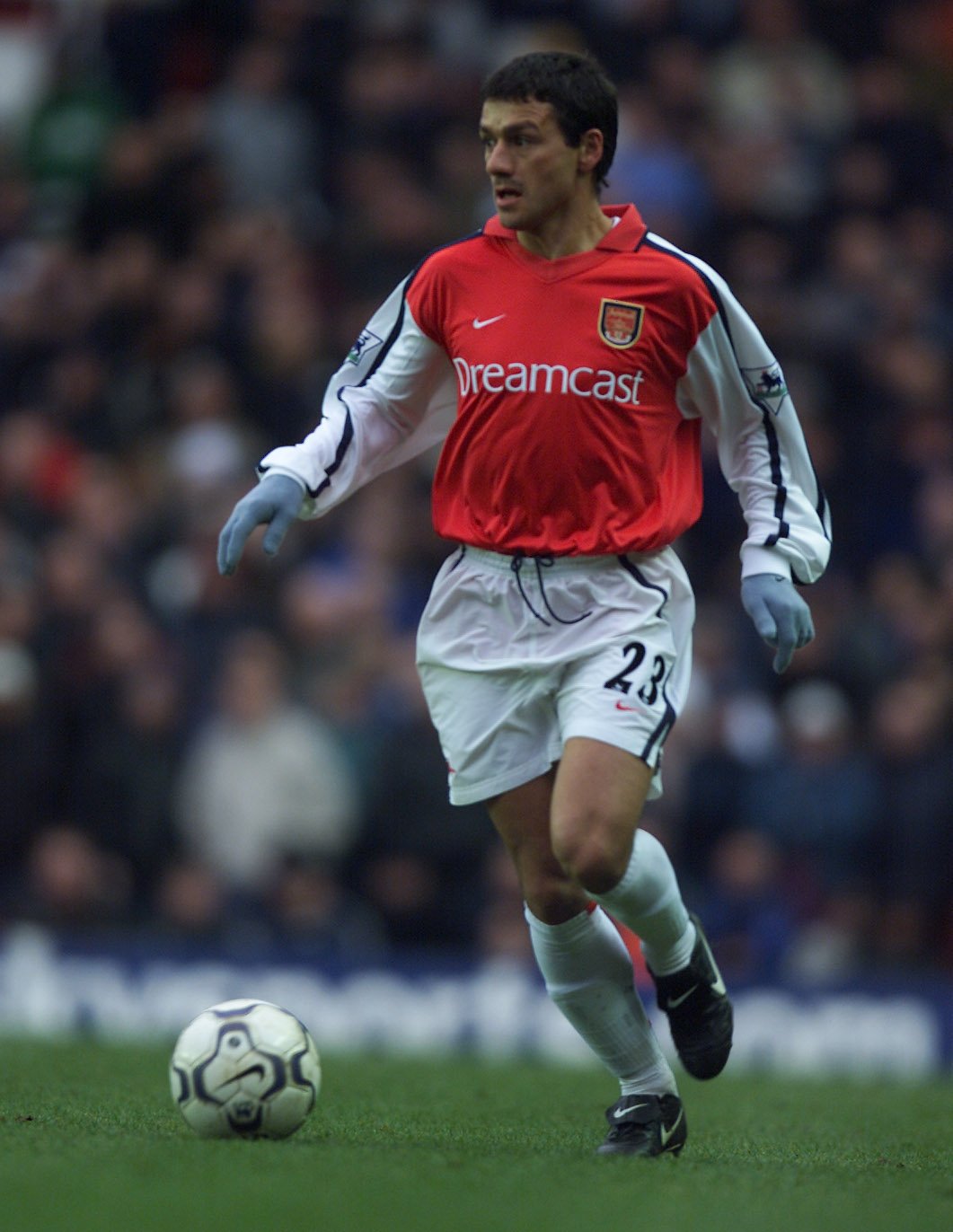 In all honesty, this position has been a strong one for Arsenal for as long as I can remember with one notable exception.

When the roll call for the century is Silvinho, Cole, Clichy, Gibbs, Monreal and now Tierney, only Andre Santos can be given this dubious honour. Enough said!

There have been many that have not quite been able to follow the likes of Tony Adams, Martin Keown, Sol Campbell and Kolo Toure – and many have tried.

Of all the candidates, Philippe Senderos, Johan Djourou, William Gallas, Thomas Vermaelen, Pascal Cygan might stick their hands up but Igor Stepanovs and Sebastian Squillaci are easily the worst for me.

They have 121 international caps between them too!

This is one of the most difficult areas for me because truth be told we have had so much quality over the past 21 years that whoever I pick it will be a harsh one.

The easier of the two is Gio van Bronckhorst simply because for such a talented player he never managed to do what he was signed to do, which was to replace Emmanuel Petit as Patrick Vieira’s partner.

His career at Arsenal was marred by injury but when fit he was often utilised as a left-back and failed to rival Ray Parlour for the position he was signed for.

Alongside Gio, whilst it pains me to do it, I will have to opt for Denilson.

It may seem harsh given the young Brazilian played over 150 games for Arsenal, but he never really made the shirt his own and his demise post leaving speaks volumes.

Again a position graced by Marc Overmars, Robert Pires, Antonio Reyes, Samir Nasri, Andrei Arshavin, Santi Cazorla, Alexis Sanchez and even Pierre-Emerick Aubameyang since the turn of the century, this position has been pivotal for Arsenal.

Sadly, the gap and the blip came post-Nasri when Arsene Wenger invested in the wrong player from Lille. Gervinho shone in France with Eden Hazard and starred again in Italy. He singularly failed to shine or star in North London.

After all the initial excitement, followed by seven seasons and seven loans Joel Campbell should have walked into my team but of course, that was before Willian.

I have no idea what became of the Brazilian that played for Chelsea but no one has stunk quite like our £200k a week flop.

The second striker role I have given to Julio Baptista. After banging in goals for fun at Sevilla, Real Madrid beat Wenger and Arsenal to the Brazilian’s signature in 2005.

Despite scoring 11 for the Spanish giants, he was allowed to leave on loan for the 2006/7 season and I along with most of the Arsenal faithful was super excited.

I needn’t have been because he was a shadow of the player we all hoped for, managing only three goals in 23 league appearances. A massive disappointment. 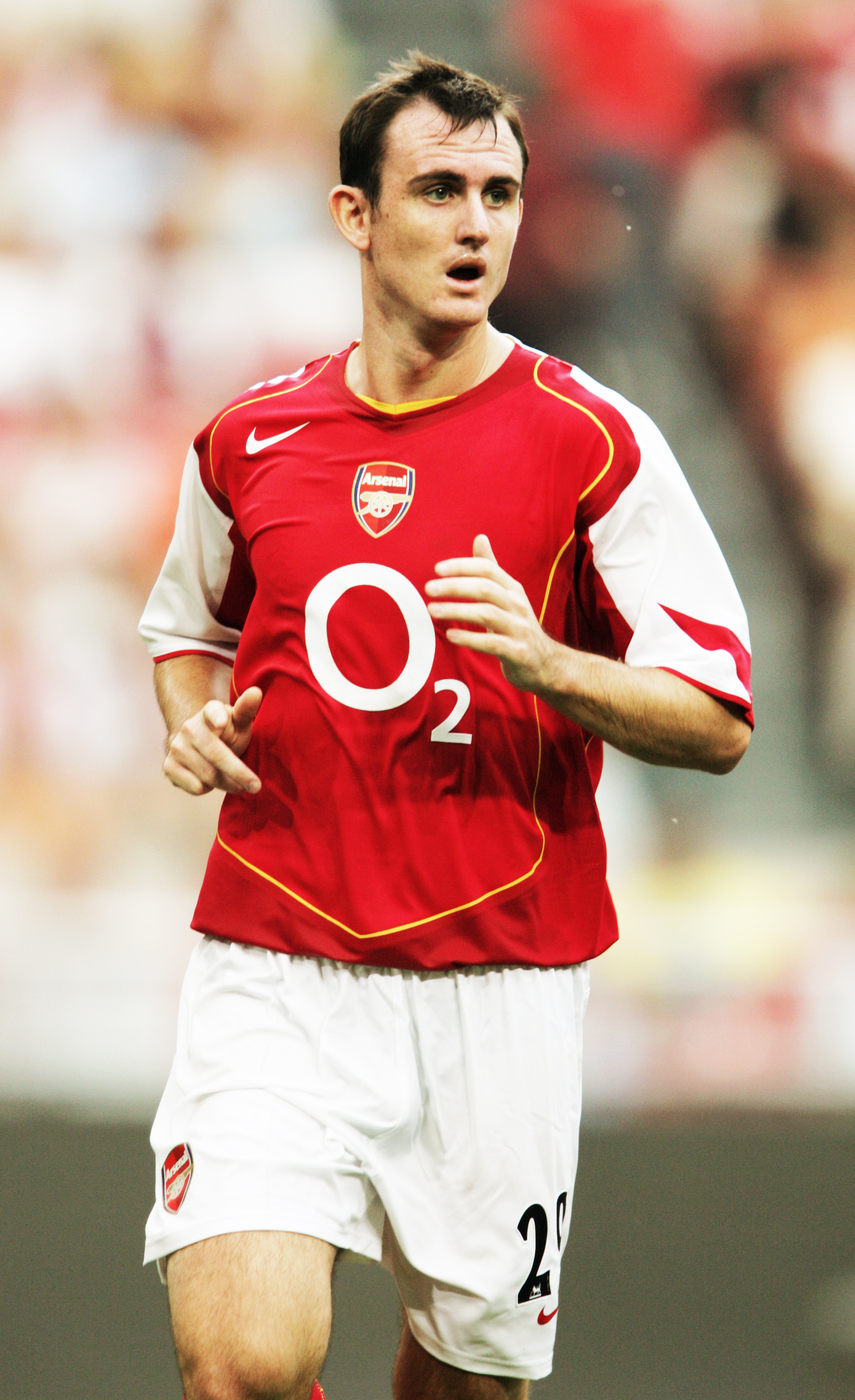 There have been many strikers who have not quite made the grade at Arsenal in the 21st Century and there is even talk of a curse on the Number 9 shirt.

Marouane Chamakh gets bad press but actually began like a train before falling under the huge shadow of an imperious RVP and Lucas Perez failed to breakthrough.

However, for the sheer fall from grace and failure to deliver on early promise at Everton, my striker can only be Francis Jeffers.

He has the chance to partner the greatest striker the league had seen between 2001 and 2004 but failed to force himself past either Nwankwo Kanu or Sylvain Wiltord for the honour.