BEN MEE was knocked out in shocking scenes at Crystal Palace.

The Burnley captain collided innocuously with Jordan Ayew with 12 minutes to go at Selhurst Park. 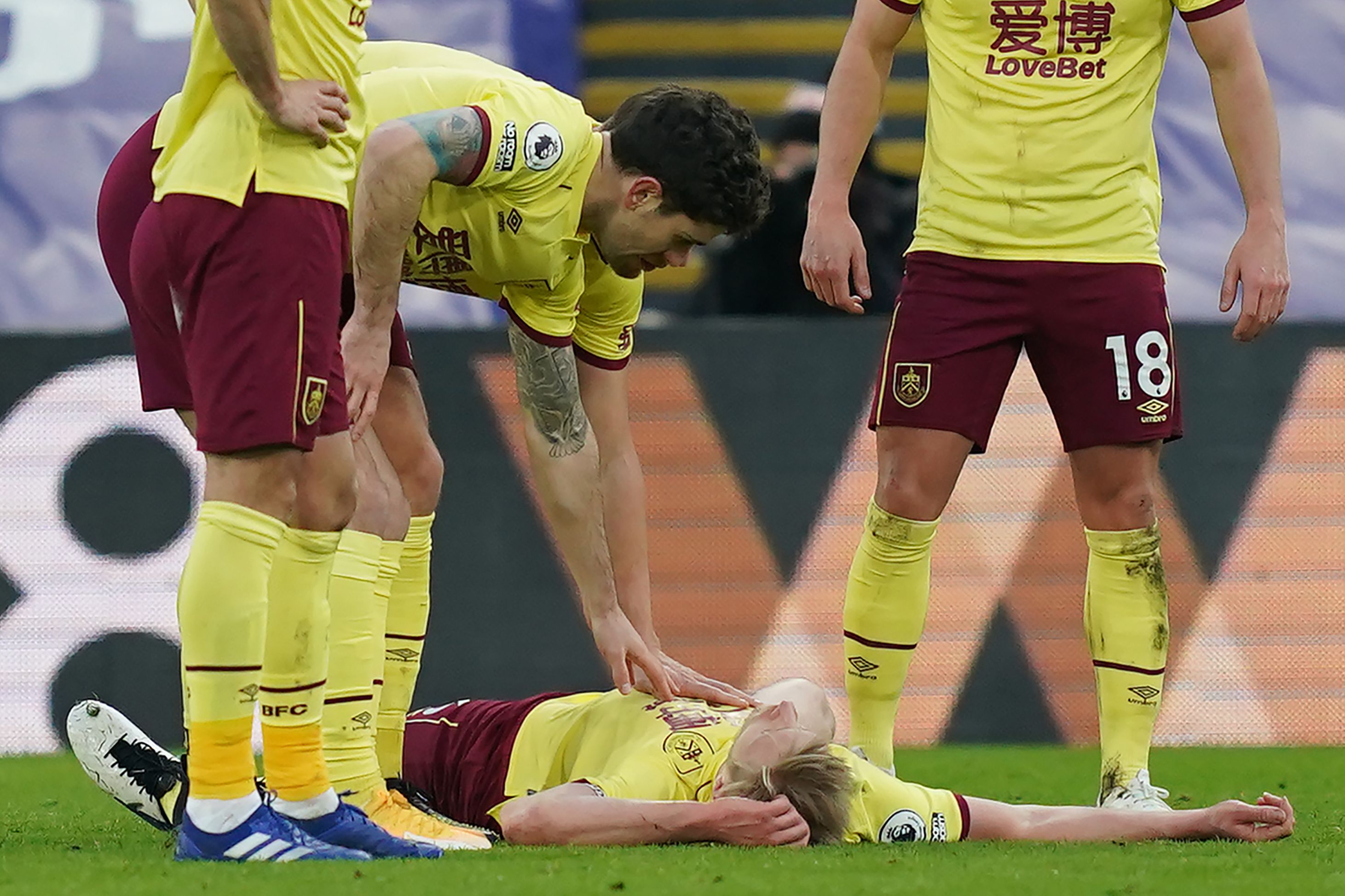 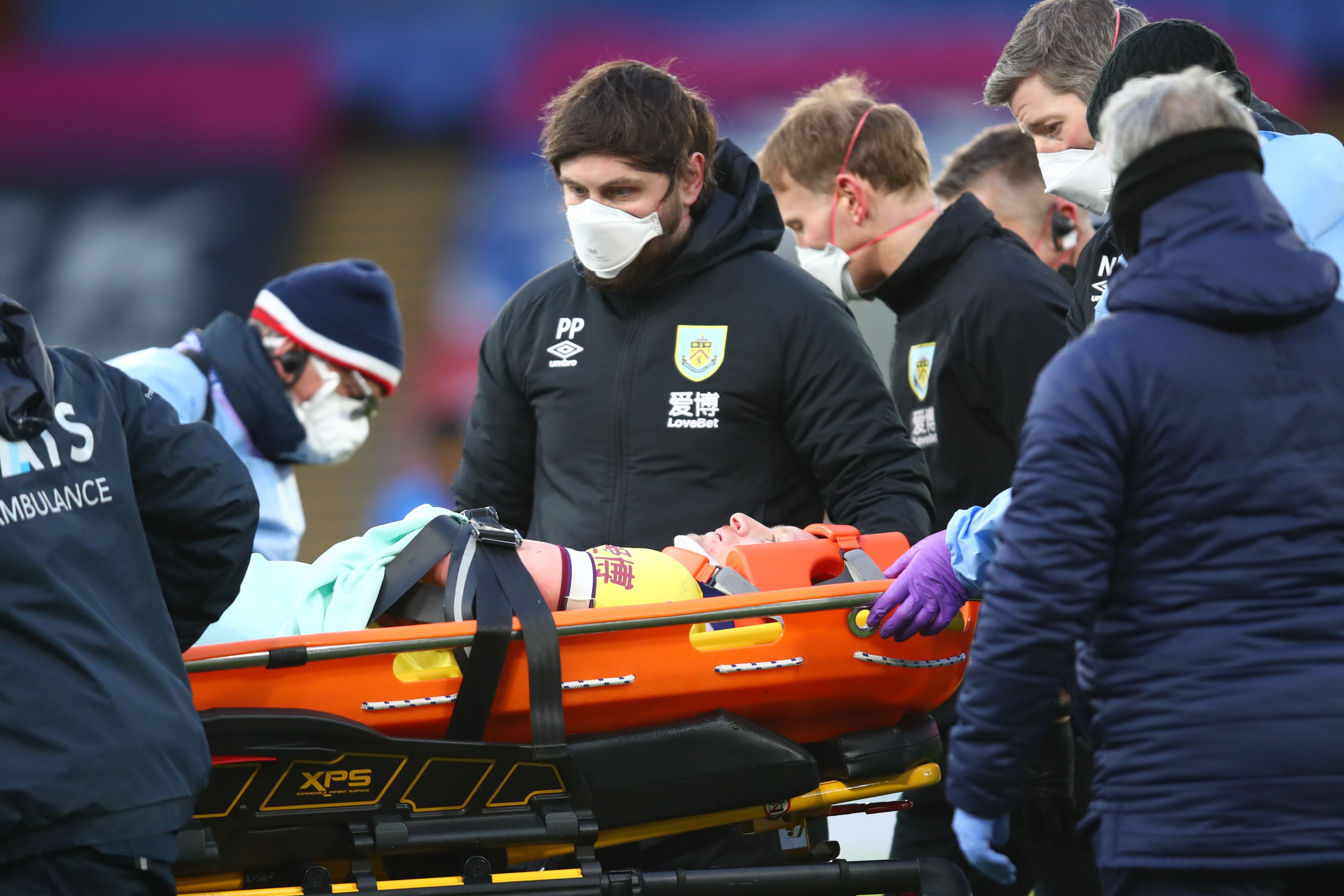 As he tried to block off the Eagles striker, Mee collapsed to the floor unmoved.

He received medical treatment on the pitch for five minutes and was stretchered off.

Sky Sports stated on commentary he had regained consciousness after being wheeled away from the playing field.

And after an assessment in an ambulance, he was able to walk back to join his team-mates in the dressing room.

During injury time, the Burnley Twitter account said in injury time: "Great to see the skipper now walking and heading to the dressing room, with all medical equipment detached."

Kevin Long came on at centre-half for the final few minutes.

One viewer described the incident as 'very scary scenes' as many sent Mee their best wishes.

It was the only downer on an otherwise-perfect afternoon in South London for Sean Dyche.

Johann Gudmundsson put his side in front after just five minutes, sweeping into the far corner following some calamotous Palace defending,

Jay Rodriguez made it two with ten on the clock, nodding in a corner from close range.

But the real highlight for Burnley was Matt Lowton's first Premier League goal for almost eight years, since netting for Aston Villa at Stoke in April 2013.

The right-back got forward and flashed home a sweetly-struck volley just after the break to secure a 3-0 win for the visitors.