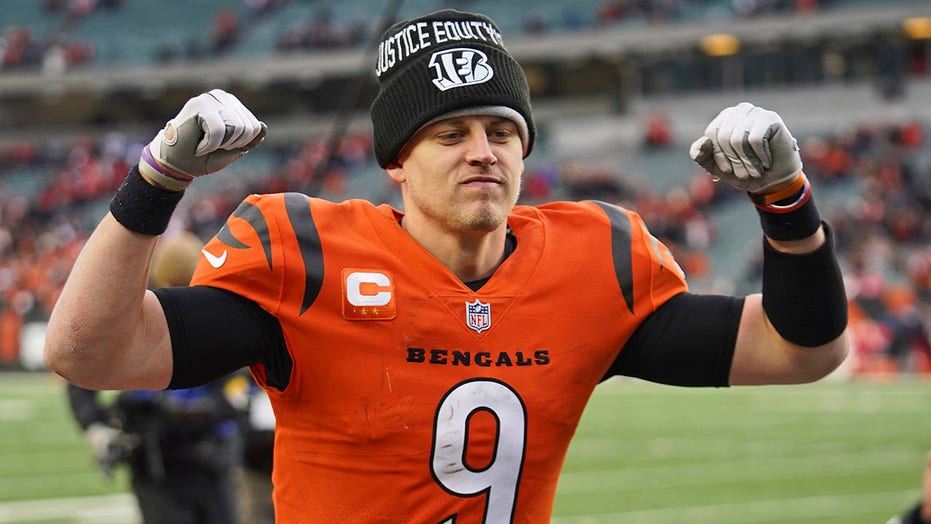 Yes, there’s still a week remaining in the regular season, but Carpenter, a former standout at Ohio State, has seen enough of the Cincinnati Bengals to feel confident in his prediction. 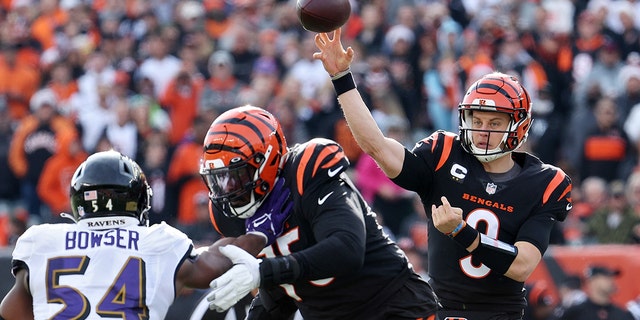 Joe Burrow #9 of the Cincinnati Bengals throws a pass during the first quarter in the game against the Baltimore Ravens at Paul Brown Stadium on December 26, 2021 in Cincinnati, Ohio.
(Andy Lyons/Getty Images) 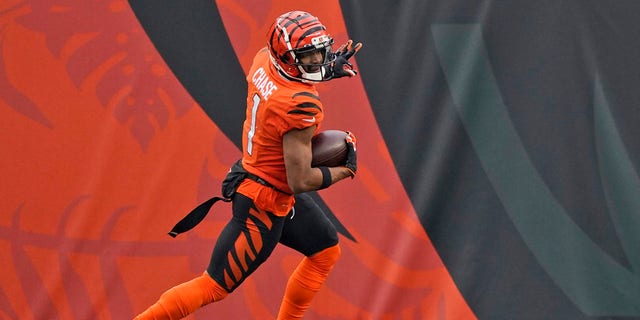 Cincinnati Bengals wide receiver Ja’Marr Chase celebrates after scoring a touchdown during the second half of an NFL football game against the Kansas City Chiefs, Sunday, Jan. 2, 2022, in Cincinnati.
(AP Photo/Jeff Dean)

“Joe Burrow is ahead of schedule as a quarterback,” Carpenter said. “… I like Cincinnati as a team that can win a playoff game or two, and if you can win two and get to the AFC Championship, anything can happen.” 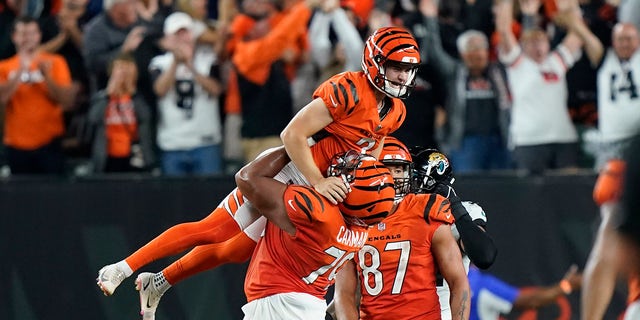 For Carpenter’s full 7-minute take on the Bengals and the looming NFL playoffs, check out the video below.