KENNY DOUGALL sent Blackpool back to the Sky Bet Championship for the first time since 2015 with both goals in a 2-1 win over Lincoln in the League One play-off final at Wembley.

The Australian scored either side of half-time to ensure the Seasiders recovered from conceding the earliest ever goal in the third-tier play-off final when Ollie Turton put through his own net after just 48 seconds. 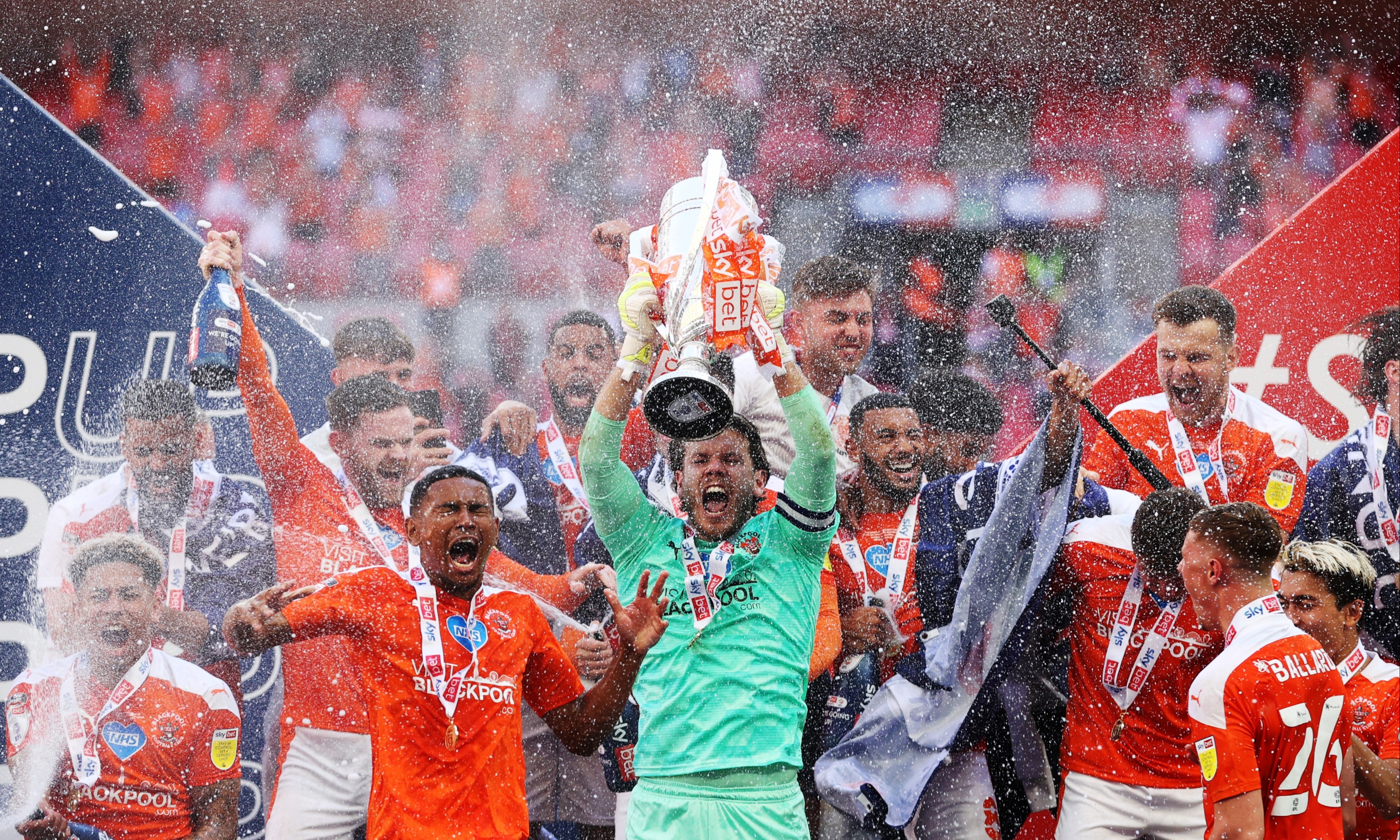 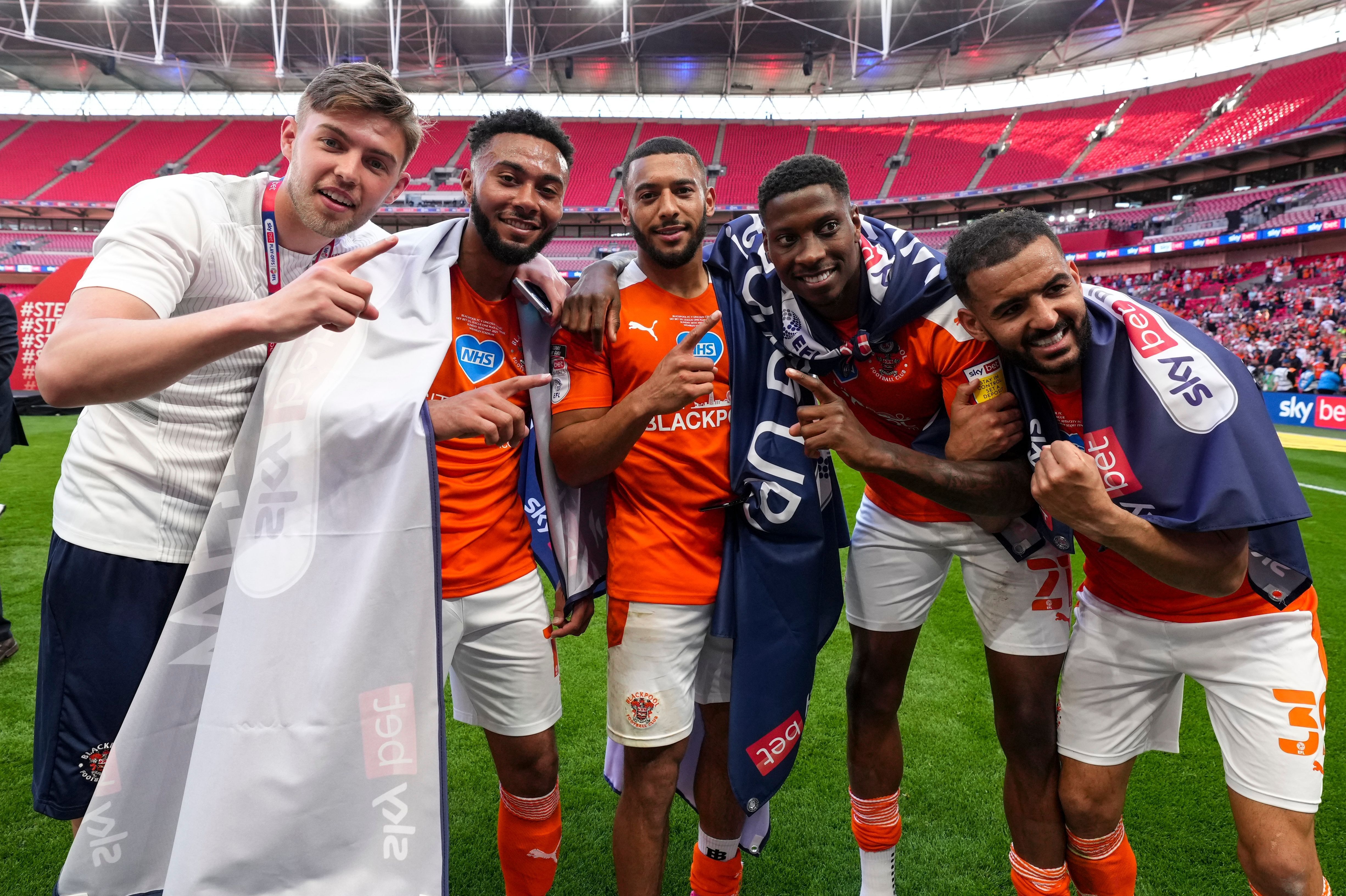 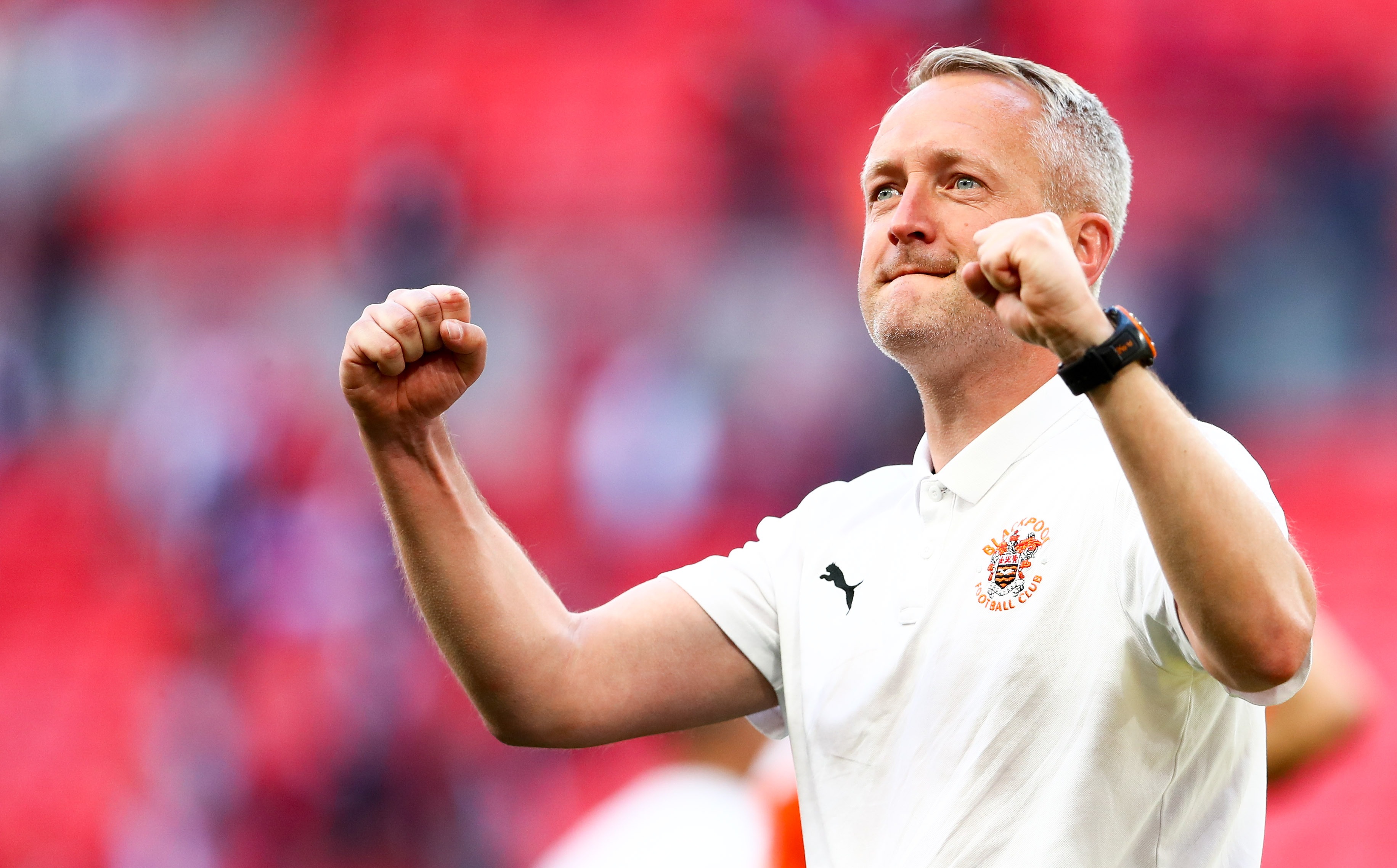 Neil Critchley's men were worthy of their win and are back in the second tier after a six-year absence, where they also dropped down to League Two.

It comes after a strong end to the regular campaign, finishing third after being in the bottom four following a disappointing start to the season.

Lincoln, whose manager Michael Appleton used to manage Blackpool, were dreaming of a third promotion in six seasons but they could not build on their excellent start and never really threatened to get back into the game.

They could not have dreamed for a better helping hand, going ahead with less than a minute on the clock as Turton had a moment he will not want to remember.

Brennan Johnson made headway down the right and fizzed in a dangerous ball across goal that made it through to the back post, where Turton got his feet in a muddle and sliced his clearance into his own net from a yard out.

The early lead gave the Imps a platform to control the game and they could have been further in front seven minutes later but Joe Walsh put a free header over from eight yards.

Top scorer Jorge Grant came within inches of doubling the lead in the 24th minute as his curling shot from 20 yards clipped the top of the crossbar.

That acted as a wake-up call to Blackpool, who began to take a foothold in the game. 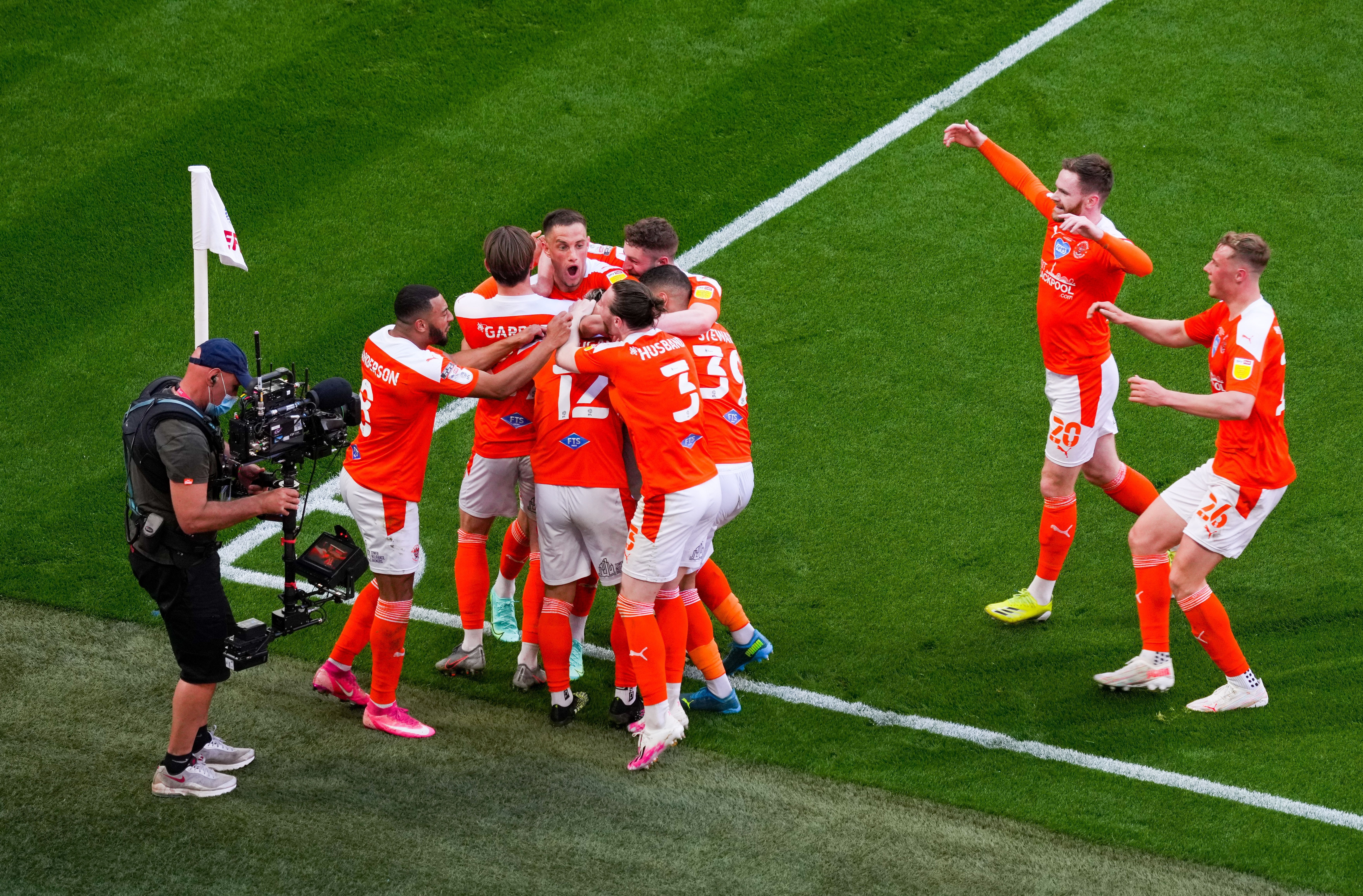 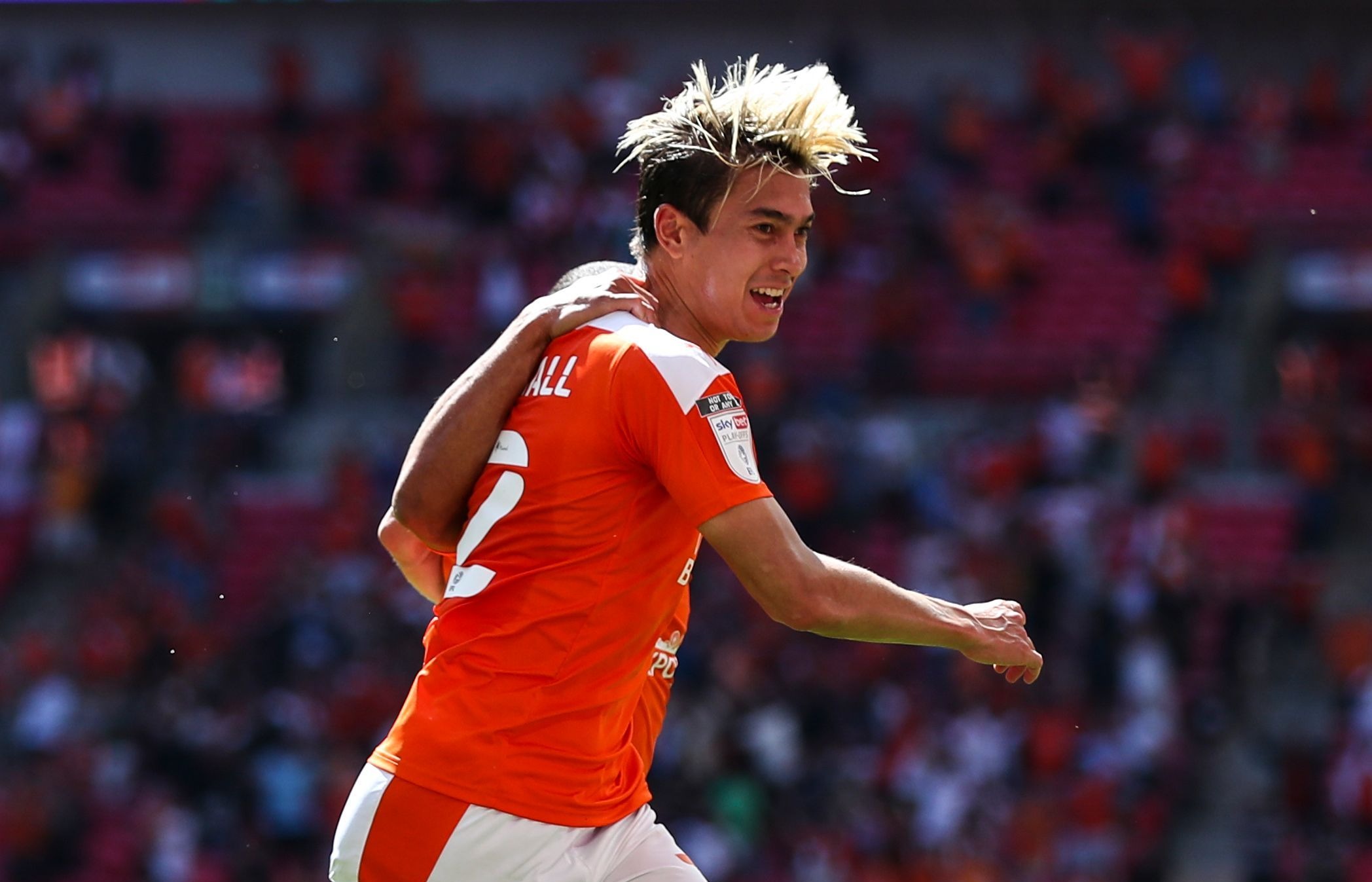 Demetri Mitchell tested Alex Palmer's handling with a stinging drive soon before the equaliser came 11 minutes before the break.

Grant was dispossessed in a dangerous area by Jerry Yates and the ball ended up with Dougall, who struck a low shot into the bottom corner from the edge of the area.

Blackpool turned it around eight minutes after the restart as Dougall stepped up again.

Yates took control of a ball into the box and rolled it back to the Australian, who again found the bottom corner from 20 yards with a low drive.

The Seasiders were in control and could have killed the game off when Gary Madine played in Yates, but the striker could not direct his dinked finish goalwards with Palmer rushing out at his feet.

There was not much by way of a Lincoln onslaught as they aimed to send the game to extra-time.

Their best moment came deep into time added on, but fell to the wrong man as defender Regan Poole blazed wastefully over when the ball arrived to him in a great position at the far post.