BOLTON being promoted looked unlikely all season – but perhaps with their record, it was actually IanEvattable.

Wanderers, under boss Ian Evatt, went up for the 14th time, moving level with Birmingham at the top of the charts for most promotions in English league history. 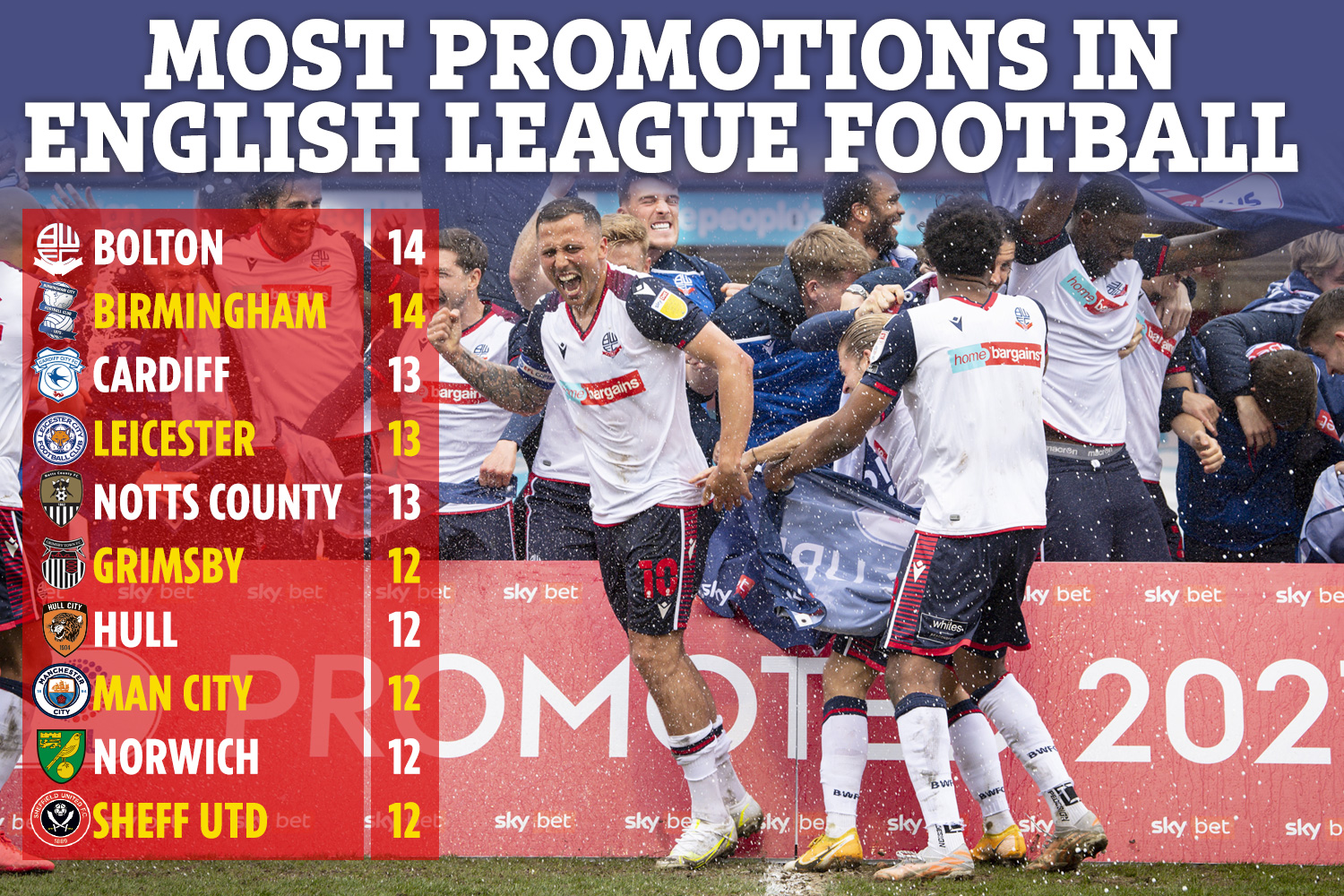 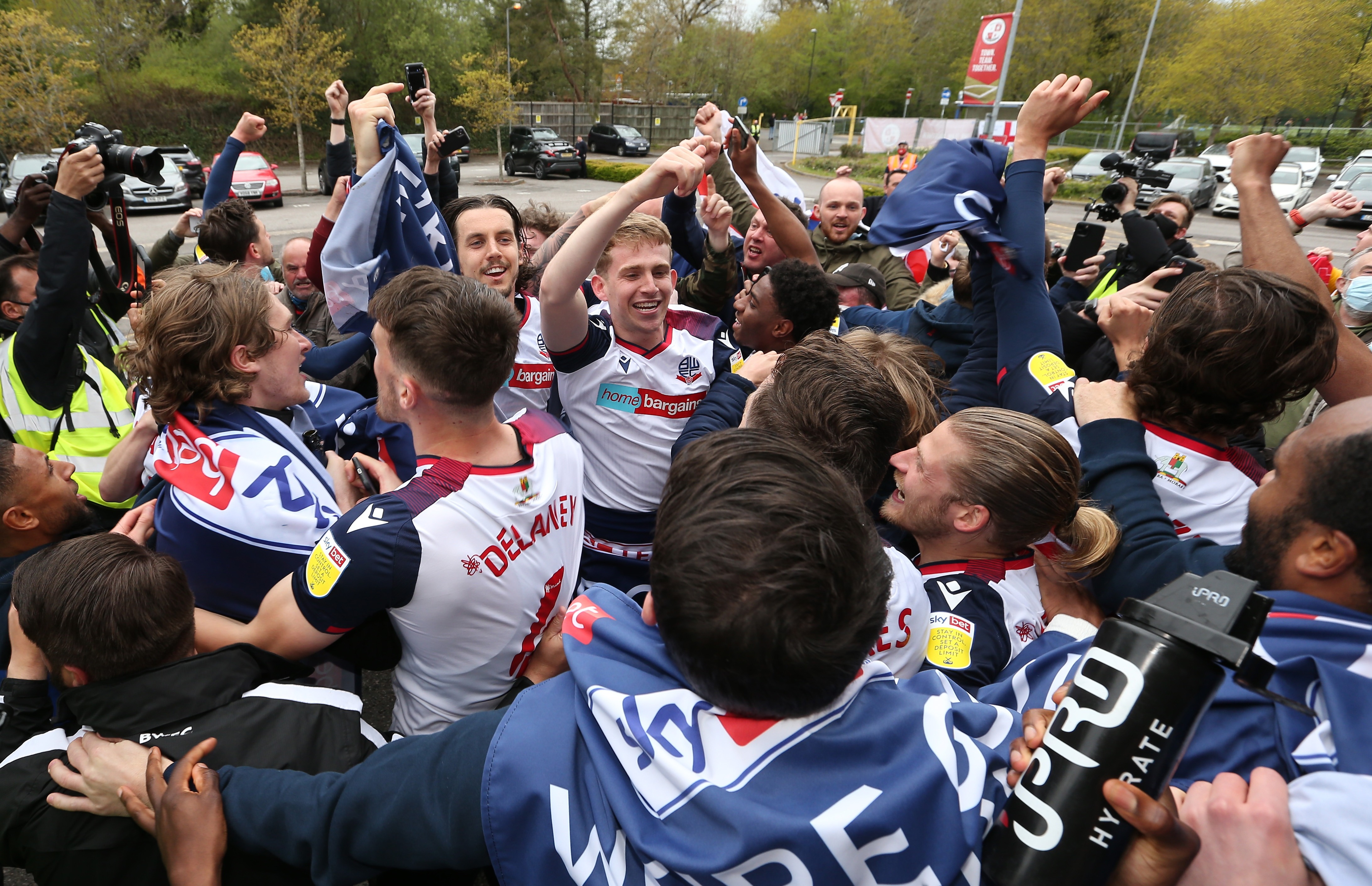 And now, he wants more kids walking around the town in white shirts, not those of Manchester United.

Nobody could have predicted this when Bolton were 20th at the start of February.

In the first half of the campaign, the Trotters were more like the Phoenix club – a bit of a joke and opposition fans were laughing at them.

Director of Football Tobias Phoenix’s summer signings were a mixed bag but he was eased out in January with Evatt given more control.

And the recruitment of loan stars including Declan John, Dapo Afolayan and MJ Williams turned the season around.

They were more like Usain Bolt-on after that, going on a run on 16 wins in the final 22 games to clinch promotion, including Saturday’s 4-1 victory over Crawley.

Evatt knows Bolton’s fortunes in League One next season could depend on the experienced spine of his side.

Irish striker Eoin Doyle, 33, skipper Antoni Sarcevic, 29, and veteran goalkeeper Matt Gilks, 38, have been the mainstays of their magnificent finish to the campaign. 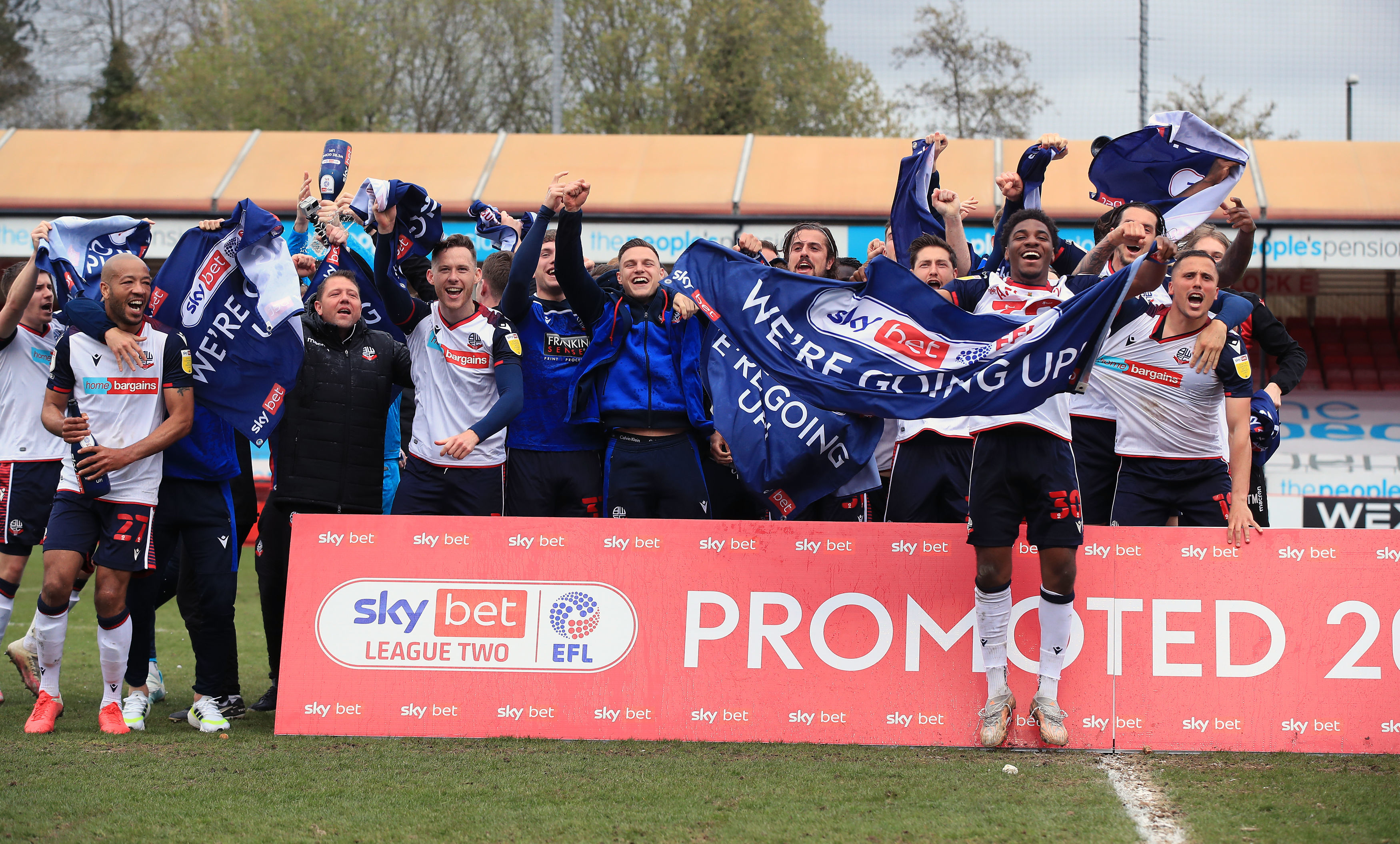 Evatt is backing the trio to prove their worth once again.

He said: “Although recruitment is crucial we know where our core-strengths lie.

“The club is on firm foundations again and we are determined to go forward.

“The players have been outstanding and what they’ve done has enabled us to reconnect with the fans,  the community and the town itself.

“Bolton people identify with us again and that’s great because I have got tired of seeing people walking around there in Manchester United shirts instead of ours.” 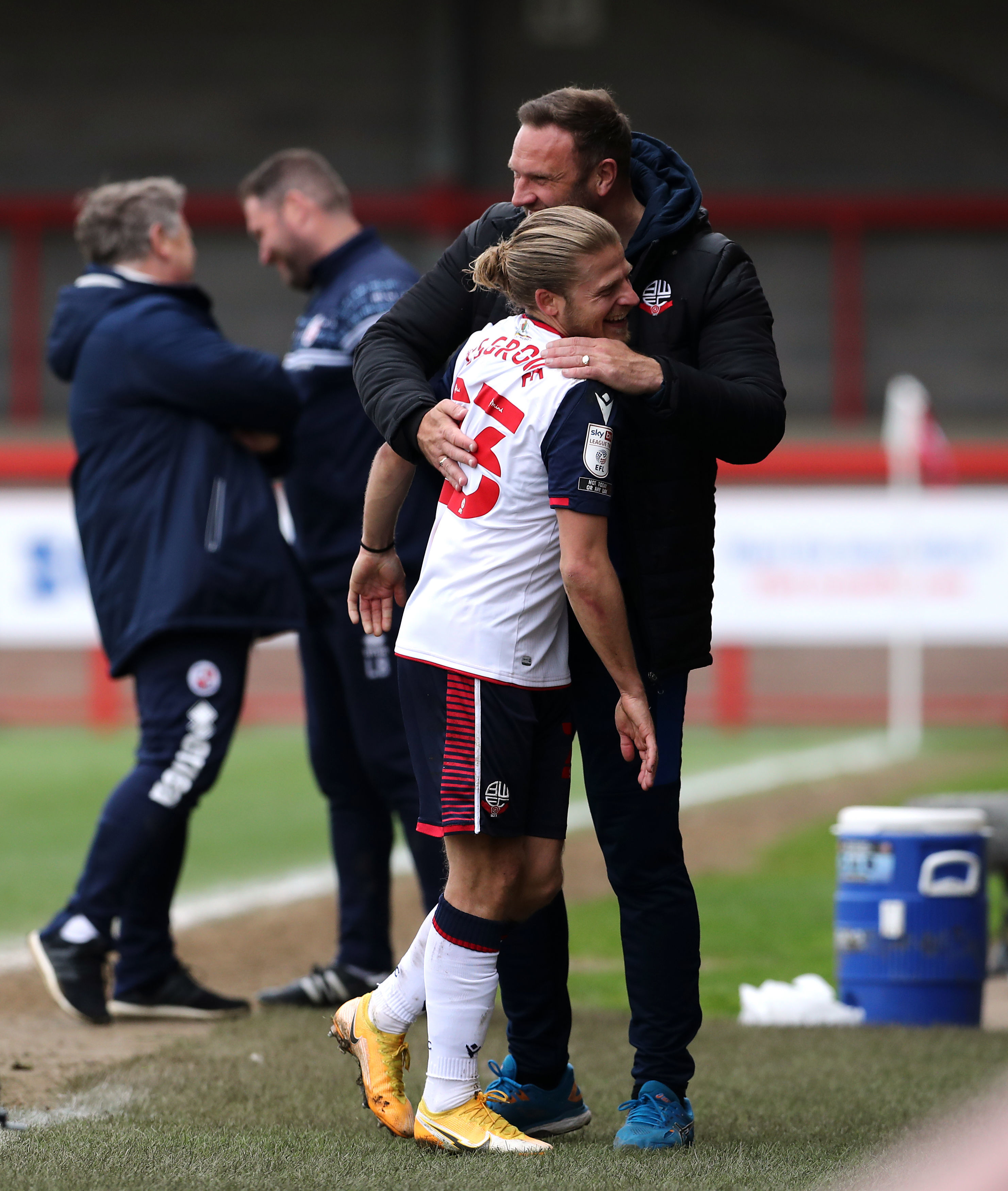 Doyle finished the season with 19 goals for Bolton.

Former Plymouth star Sarcevic enjoyed promotions at other League Two clubs including the Wembley play-off final winner for Fleetwood in 2014.

And ex-Blackpool keeper Gilks has become a growing influence since his arrival, combining first-team duties with a coaching role.

Centre-back Ricardo Santos – nicknamed The Wall by Wanderers fans – played every minute of the season and will be crucial at a higher level.

Sarcevic set Bolton on their way with a thumping drive on nine minutes and  Afolayan, tapped home from close range in the 26th minute.

He  said: “It would have been nice to get 20 for the season but on days like this nobody cares who scores.”