BRUNO FERNANDES has called on his team-mates to start converting their chances if they want to win the Europa League.

Manchester United have a final Premier League contest with Wolves on Sunday before taking on Villarreal three days after. 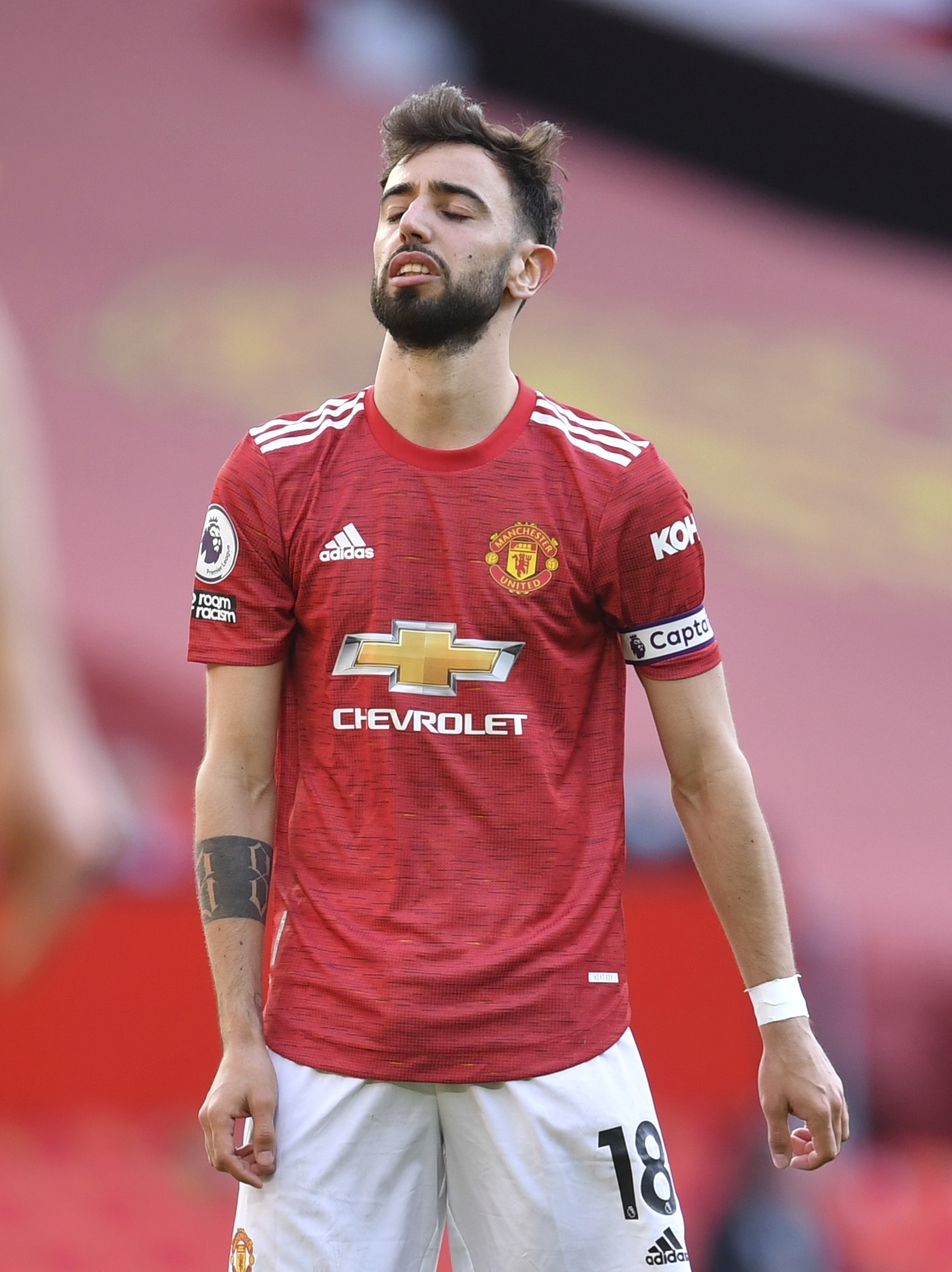 But Ole Gunnar Solskjaer's side have hit a dip in form having won just one of their last five matches.

They also disappointed in Tuesday's 1-1 draw with Fulham after the already-relegated side grabbed a 76th minute equaliser at Old Trafford.

That came on the back of a 4-2 defeat to Liverpool and a loss at home to Leicester.

United had 13 shots in total against Fulham but it took a wonderstrike from Edinson Cavani to grab their only goal.

And Fernandes, 26, wants to see improvements in their final two matches.

He said: "We didn't score the chances we had. Sometimes it's our problem in games we draw and lose. We create many chances but we don't score.

“I think in the future I think this problem will change and now our focus has to be on the next game against Wolves.

“We then have three days before the final in the Europa League and I think we have enough to prepare well.”

However the Portuguese superstar, who has 18 goals and 12 assists in the league this season, is not concerned by recent results.

He added: "When you have to end the season without trying to get first place in the Premier League, sometimes we don't do the right things in the right moments, conceding goals and making some mistakes.

“The focus has been there. We conceded a goal, well played from Fulham I think.

"If you look through the performance I think we played really well.”

Meanwhile Fernandes has claimed Manchester United's Player of the Year award ahead of Luke Shaw and Cavani.