BRYSON DeCHAMBEAU is flexing his muscles for an assault on Europe’s hopes of retaining the Ryder Cup.

The USA powerhouse says Whistling Straits is perfect for his monster hitting — and he has already smashed a drive to within 120 yards of the green on the 603-yard fifth hole. 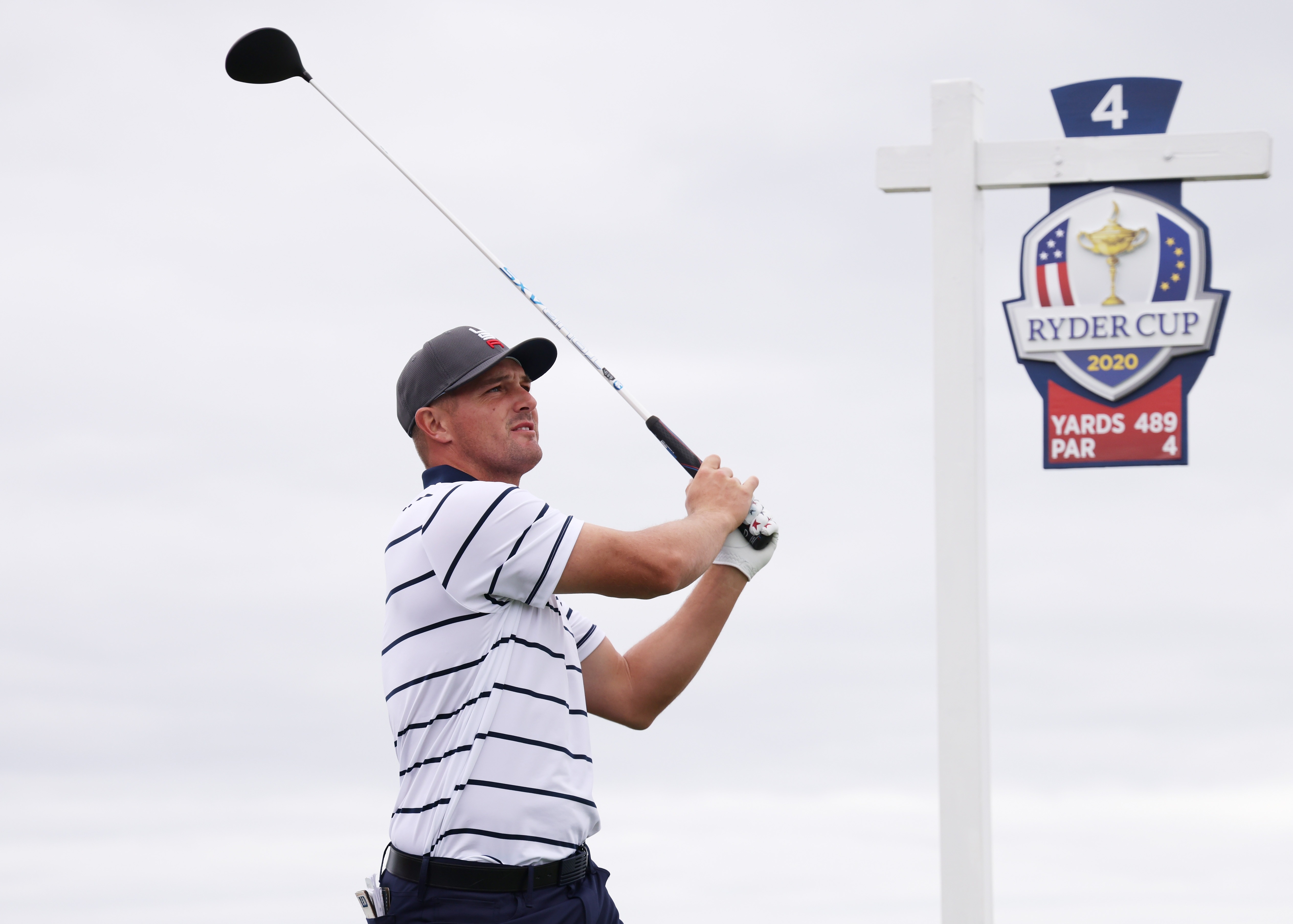 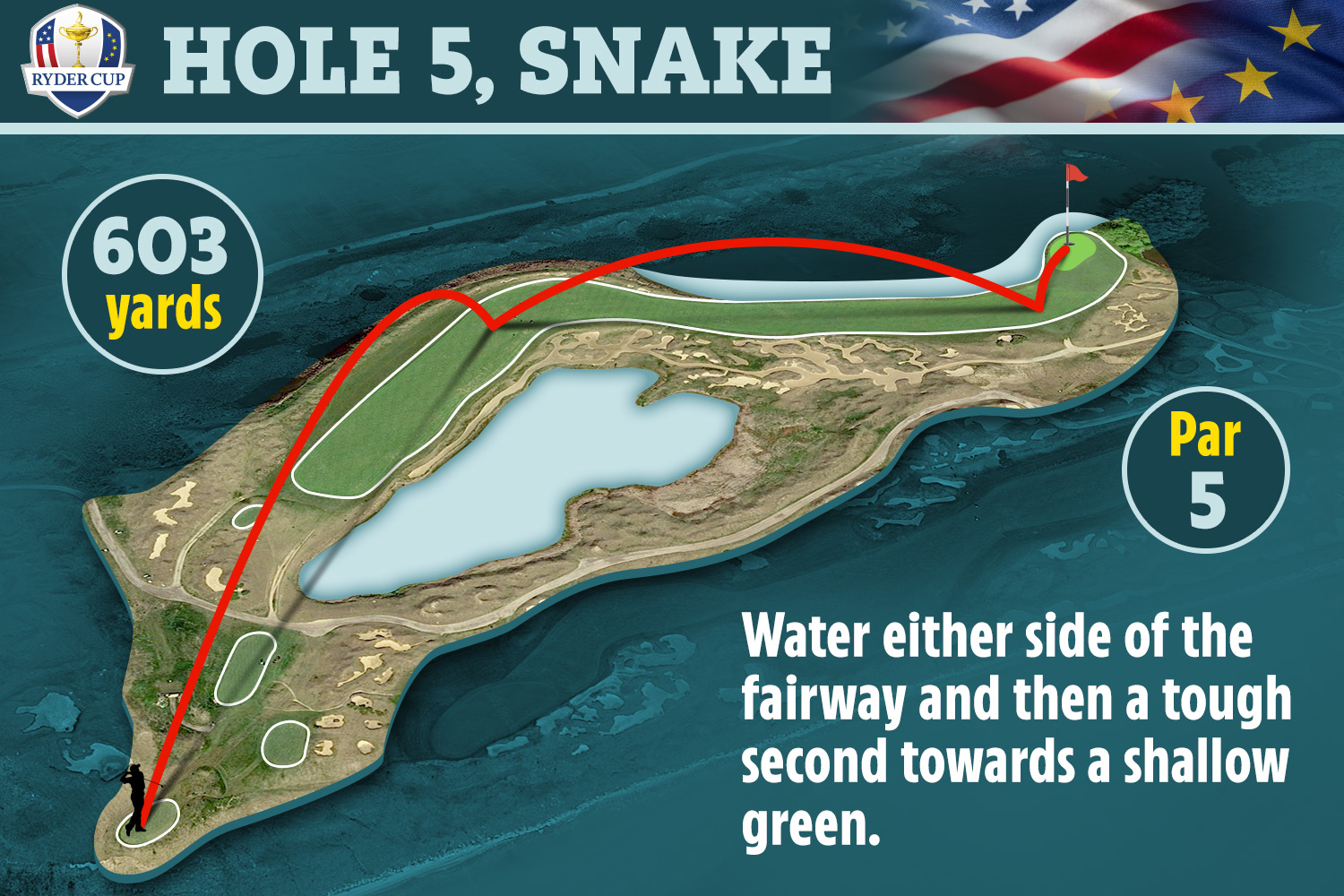 DeChambeau plans to let all his pent-up frustrations — caused by his feud with Books Koepka, and his belief he gets a raw deal from fans and the media — come pouring out.

He grinned: “There are numerous holes that are super beneficial to me hitting driver — ten, six, five, one, two. You name it.

"There’s a whole list of holes where it’s going to be a huge advantage, as long as I’m hitting it in the fairway. And I think five is a great example — the 603 yarder they call the snake because of the way it doglegs towards the flag.

“If it’s the right wind, I could pretty much ignore the dogleg and go right at the flag, by taking it across the water down the right. That is just so cool.

“We had that wind in the practice session last week, and I had like 120 yards into that green.”

DeChambeau also threw in a teaser that he and Koepka could end their spat by poking fun at themselves on social media.

He said: “I think there may be something fun coming up here moving forward, but I won’t speak too much more on that.

“I haven’t got a problem with Brooks. We had some great conversations at the Tour Championship, when we had dinner.

RYDER CUP BETTING SPECIAL: GET EUROPE TO WIN AT 50/1

“Then this week, as well, I sat down and had dinner with him last night. And it was fine.

“Look, I’m not trying to change anybody’s perception. All I’m trying to do is showcase what I can do for the game of golf.

“Whether people like it or not, that’s their interpretation of it. For me, again, I’m going to keep providing people with the best entertainment I possibly can.

“And while some people may not like it, some people love it. Again, I’m now doing stuff on TikTok, Instagram and YouTube, just doing things a little differently because I want to show people who I actually am.

"I think it’s cool when they get to see behind the scenes a little bit, see what I do during my daily life.

“It kind of opens it up to, whoa, this isn’t just this person because of what people think about me out on the golf course, this is actually a human being.

“At the end of the day it’s not about changing anybody’s perception. I think it’s about getting the crowd behind us and allowing us to, I guess you could say, rile us up to win the Cup.” 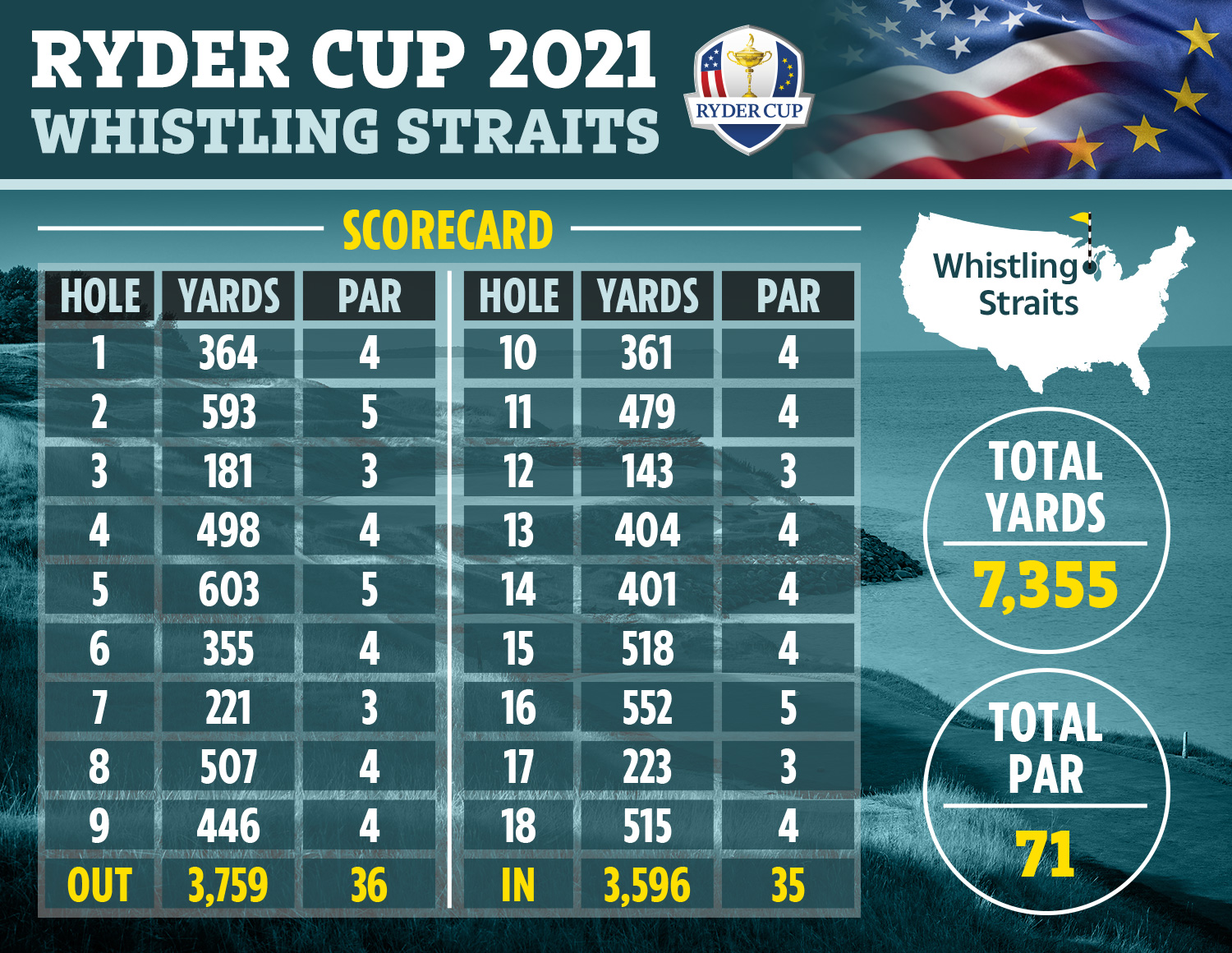 DeChambeau, 28, plans to do his bit by displaying all the enormous power he has been storing up since he transformed himself into the ‘Incredible Bulk’, by piling on the muscle during last year’s golfing lockdown.

He has been cutting the corners on some of the doglegs at Whistling Straits thanks to ridiculous carries of 330 yards, and he believes that gives him a massive advantage.

The American dismissed reports he ‘wrecked his hands’ after extra practice with the driver to prepare for the World Long Drive competition next week — despite pictures on social media of his blisters.

He said: “That happened before the FedEx Cup events, and I played pretty well in those. I only lost one of them after a six hole play-off.

“Leading up into this event, I’ve put full force focus into this week — and I think part of hitting it so far is down to that extra practice with the driver a few weeks back.

“My long hitting is a big part of why I am so successful.

“And I knew I could come here and utilize my length on this golf course to potential advantage.”