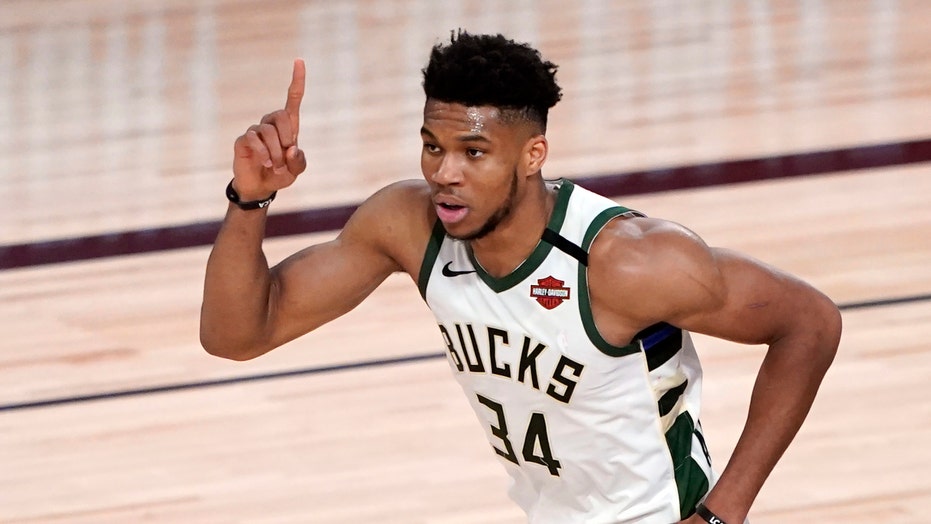 Milwaukee Bucks and Detroit Pistons players took a knee after the opening tipoff of Wednesday night’s game amid the chaos at the U.S. Capitol and the news that  Wisconsin police officers would not be charged in the shooting of Jacob Blake over the summer.

The Bucks took a knee on their opening possession and the Pistons did the same following the turnover. The Bucks said they held the ball for 7 seconds to reflect the number of times Blake was shot.

"If, while I'm living and while I'm breathing, I can do something about it to even change it toward the better … I'm gonna do it. I'm gonna speak out about it. But at the end of the day, I've got to educate myself and I've got to inform myself even more."

The chaos at the U.S. Capitol led to four deaths and more than a dozen arrests.

The officer who fired at Blake, Rusten Sheskey, 31, and the other officers will not be charged, Kenosha County District Attorney Michael Graveley said. He said the decision was based on evidence that was not captured on widely shared cellphone footage of the Aug. 23 shooting.

Graveley said Blake, 29, was armed with a knife that was not visible in the video footage and admitted to having one during the incident. Statements that he was unarmed contradict what Blake, who had an active felony warrant for his arrest at the time of the shooting, told authorities, he said.

Sheskey, who is White, shot Blake, who is Black, while responding to a domestic disturbance. A woman had called 911 saying Blake refused to return keys to a rental car. Video footage of the incident captured Blake walking away from the officer and around a vehicle with his children inside, then he is shot seven times.

Graveley also declined to charge the two officers at the scene, Brittany Meronek and Vincent Arenas. The shooting left Blake paralyzed and sparked protests that devolved into riots over several nights. The unrest included two fatal shootings, arson, and the destruction of property.