GIOVANNI VAN BRONCKHORST had yet to win a league Old Firm derby before today's clash kicked off.

And that continued this afternoon as Ange Postecoglou got the better of the Dutchman at Parkhead yet again. 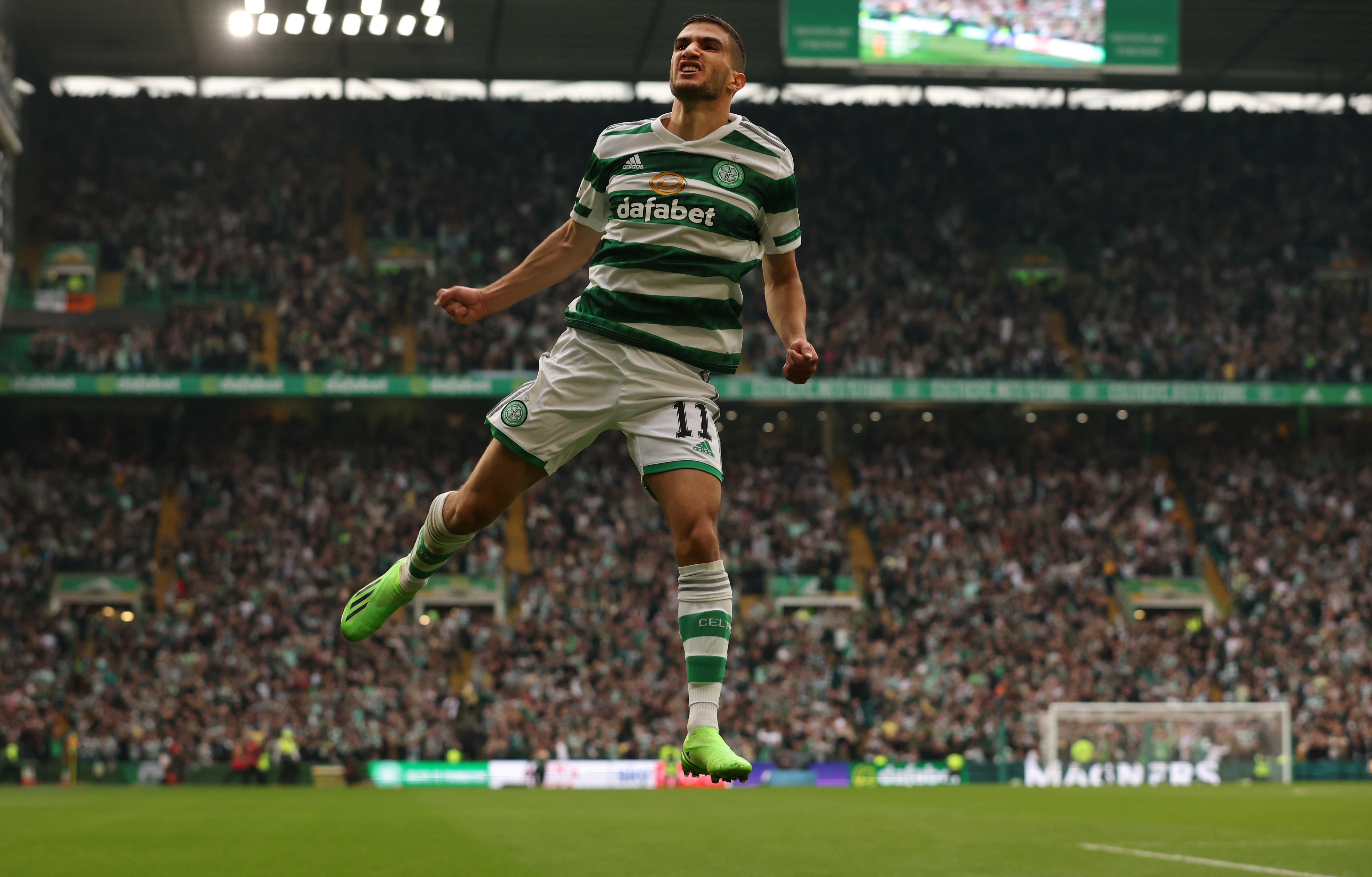 He's now the fourth Rangers manager to not win a derby match in his first FOUR league attempts.

And the result increased the gap at the top of the Premiership table with five points now separating the two sides.

Van Bronckhorst opted for two changes from their win over Ross County at Ibrox as Glen Kamara and Steven Davis replaced Scott Wright and the rocked Tom Lawrence.

But while Kyogo Furuhashi started up top, he was forced off after just ONE minute when he collided with John Lundstram and early doors and suffered an injury to his shoulder.

Target man Giorgos Giakoumakis was the man who came on in his place.

Despite being forced into an early change, it didn't stop the Hoops in their chase for the opening goal.

LEADING FROM THE FRONT

And it took just eight minutes for Liel Abada to find the net.

A quick throw-in from Jota picked out Matt O'Riley who then switched the ball across the face of goal and it was the Israeli winger who slotted the ball in the bottom corner after going unnoticed in the danger area.

He then ran off in celebration as he paid tribute to a young Celtic fan Leon Brown who passed away last month aged 14.

Abada was given a t-shirt before the match with the youngster's face on it and he wasted no time in springing to the bench to pick it up and celebrate with it.

Celtic continued to stay in control and looked to double their lead as Rangers struggled to get a foothold of possession. 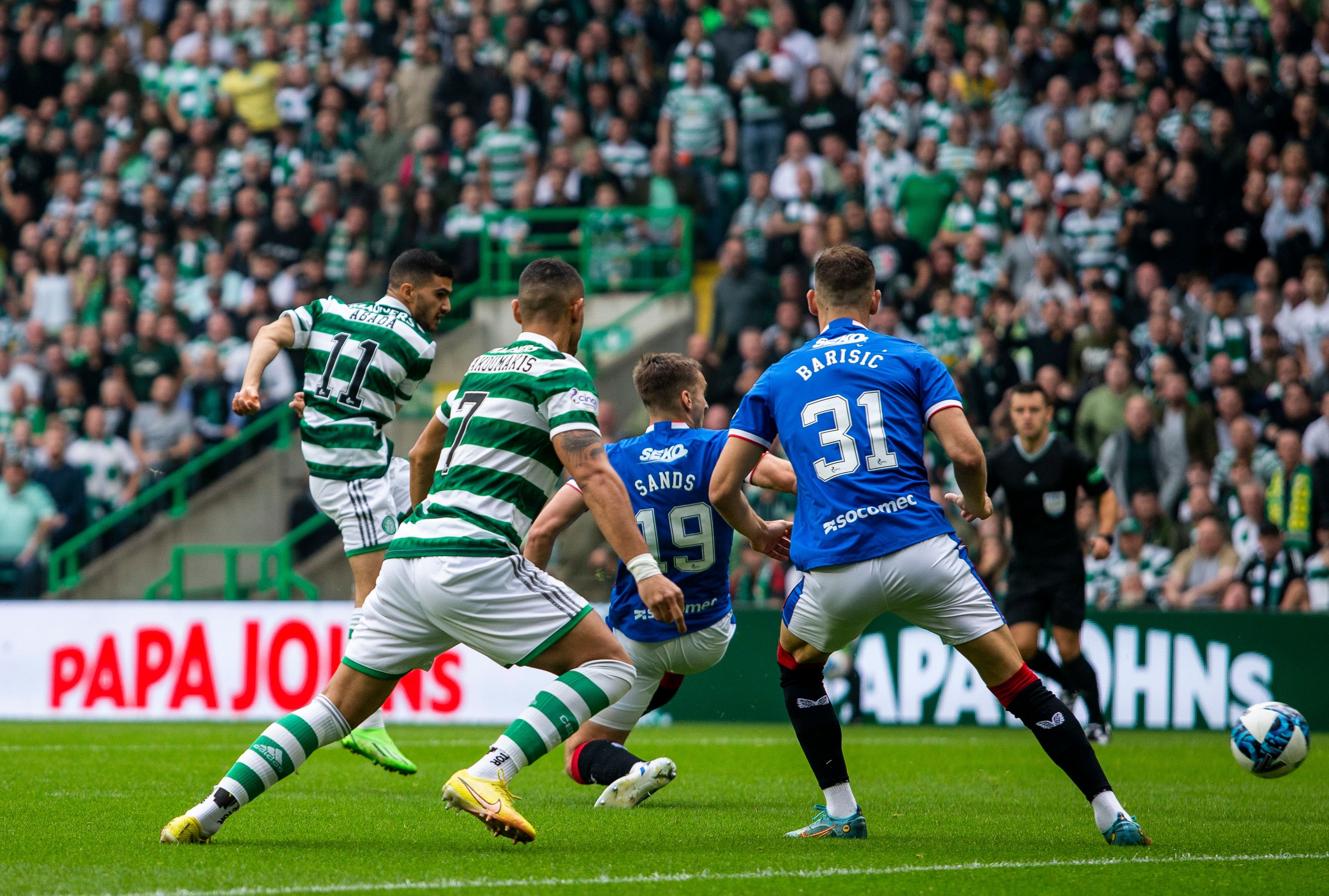 And Jota was the man who scored their second after getting on the end of a brilliant pass from O'Riley yet again.

The Portuguese trickster then lobbed goalkeeper Jon McLaughlin in the box to make it two.

Antonio Colak had a couple of chances to get his side back into the match but failed to keep his headers down.

Rangers struggled in front of goal and Postecoglou's men dealt them a further sickening blow on the stroke of half-time.

Abada made it two for himself and THREE for Celtic on the 40th minute as O'Riley made it a hat-trick of assists for the second week in a row. 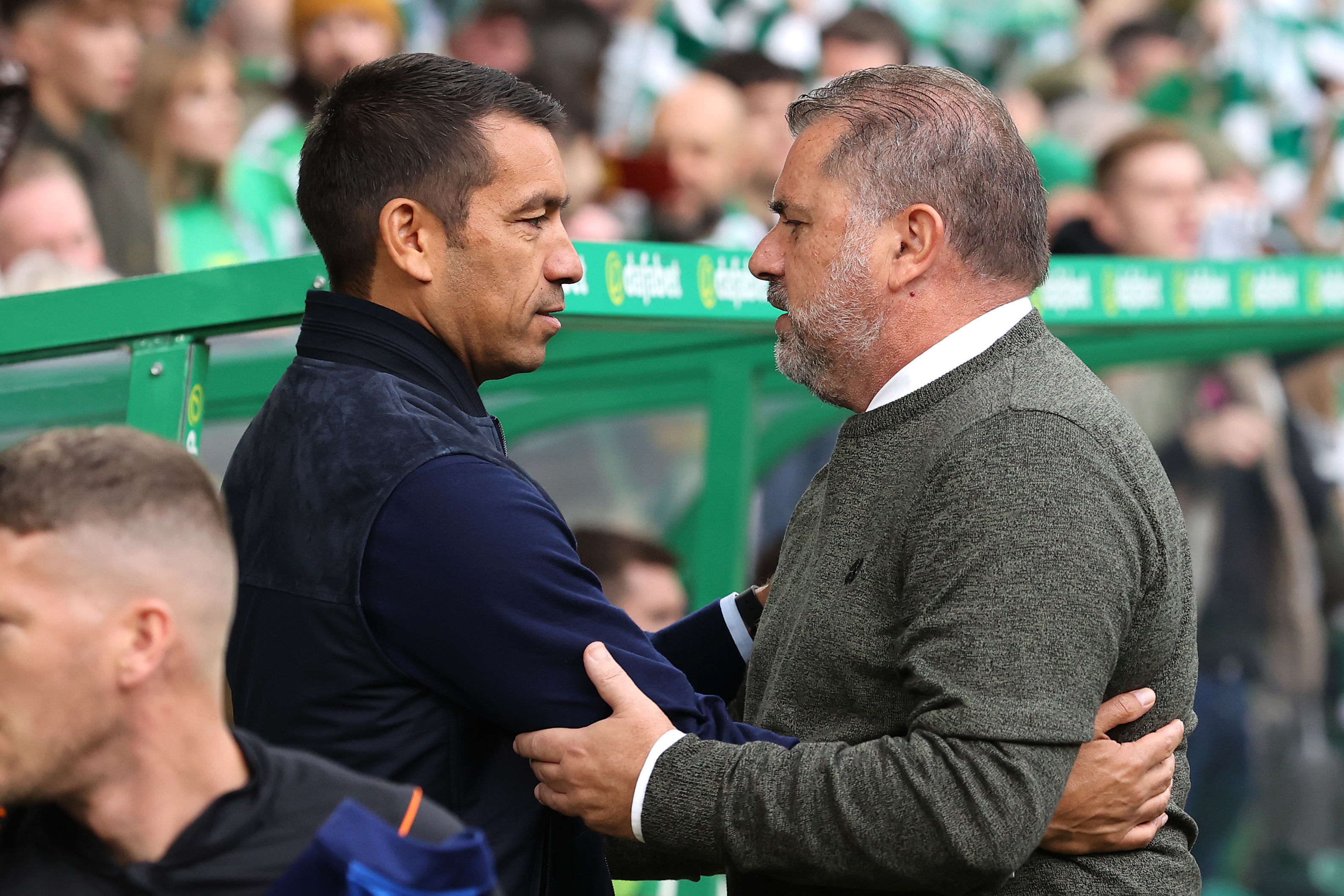 It was from another quick throw-in but this time Greg Taylor delivered the ball in and Abada made a late run into the box to get on the end of it to smash it home.

Van Bronckhorst may have started to get nightmares of Celtic's 3-0 win at Parkhead in February when he went into the dressing room at half-time.

This time he had the chance to make a comeback though.

But despite looking to the bench with Scott Wright replacing Glen Kamara, the Dutchman couldn't turn things around in the second half.

And it went from bad to worse as the Hoops made it FOUR in the second half through David Turnbull as the midfielder came on in a triple sub along with Daizen Maeda and Aaron Mooy. 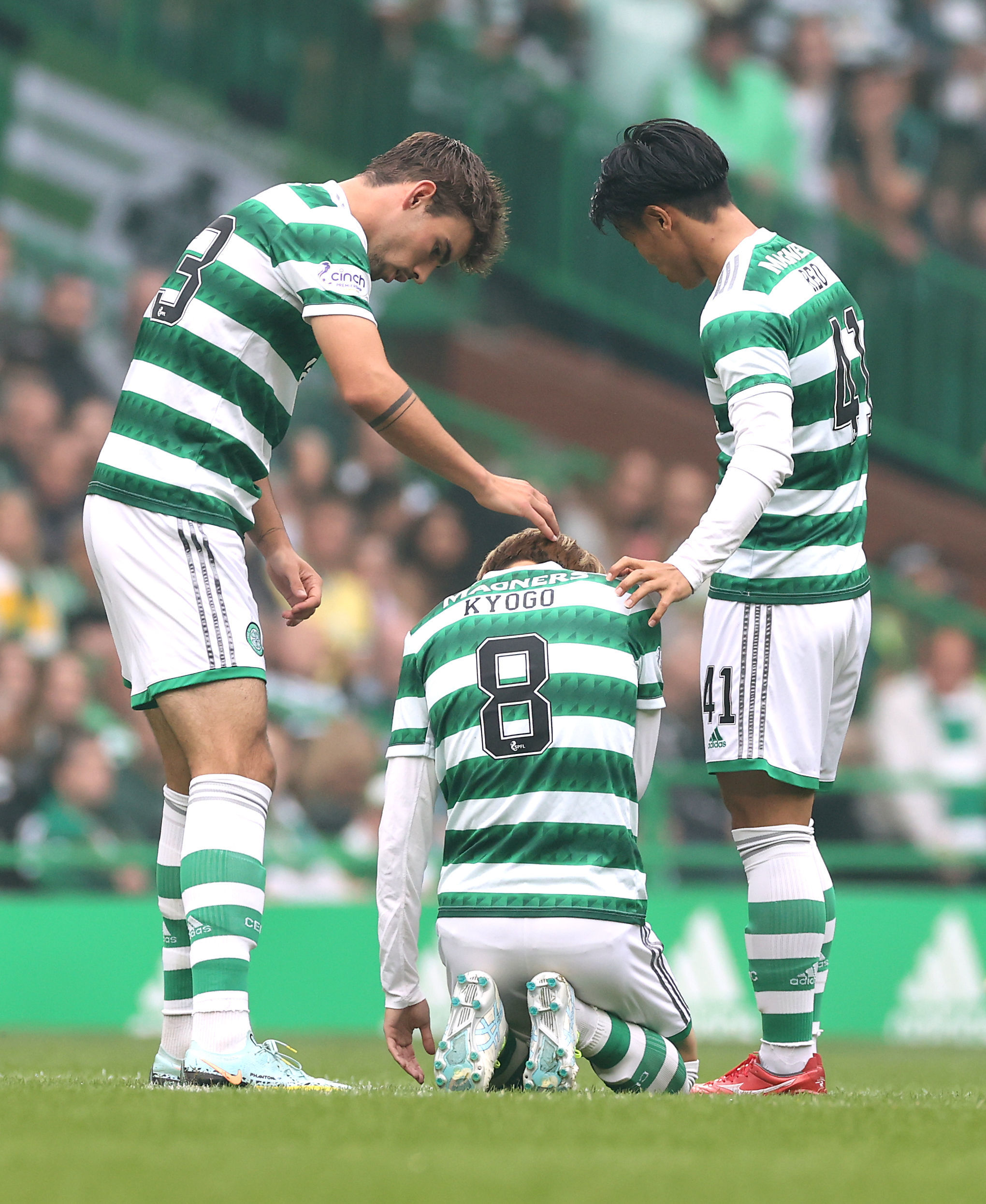 Carl Starfelt added to Postecoglou's injury woes not long after the break and was replaced by loanee Moritz Jenz.

It wasn't a great sight for the Aussie boss alongside Kyogo's knock, with a crunch Champions League clash against world champions Real Madrid coming up on Tuesday.

But despite losing his key men, he couldn't have asked for a better result than today's to prepare them for the fixture.

Van Bronckhorst did try and change his fortunes around with Fashion Sakala, Ryan Jack and Scott Arfield coming on in the second 45.

Parkhead also saw the return of Alfredo Morelos following his dramatic fallout with the Rangers boss.

He didn't get the reception he would have wanted from the Hoops faithful though as they cheered his arrival when he came on the park.

Morelos only managed a handful of touches on the ball as the Celtic defence stayed strong and disciplined at the back.

Rangers had a late chance through Connor Goldson who got on the end of Tavernier's free-kick.

But he couldn't test Joe Hart in the Celtic goal as he had an easy save to pull off to keep the clean sheet.

It was a perfect outing for Postecoglou's side ahead of their big kick-off against Real Madrid on Tuesday.

But Rangers have work to do ahead of their opener against Ajax on Wednesday.