Media playback is not supported on this device

Liverpool defender Virgil van Dijk says the “pain” of losing last season’s Champions League final is driving him and his team-mates as they prepare to face Tottenham on Saturday.

Jurgen Klopp’s side were beaten 3-1 by Real Madrid in the 2018 showpiece.

Gareth Bale scored a stunner for the Spaniards, while keeper Loris Karius was at fault for two Real goals.

“I took a lot of experience from it; hopefully I can use that,” Dutchman Van Dijk told BBC Sport.

“Losing a final is painful.”

Liverpool are looking to be crowned champions of Europe for a sixth time when they face Spurs in an all-Premier League final at Madrid’s Wanda Metropolitano (20:00 BST kick-off).

Van Dijk is hoping to win his first trophy with an English club, having moved to Anfield from Southampton in January 2018 for £75m, a world record fee for a defender.

Media playback is not supported on this device

‘One game – anything can happen’

Liverpool, runners-up in the Premier League, finished 26 points above Tottenham, having beaten them 2-1 both home and away.

Yet Van Dijk knows league form will count for nothing when the teams meet in Spain’s capital.

“People can say whatever they want, that we had a better season than them in the league,” said the 27-year-old.

“That was maybe true, but anything can happen. The final is one game. 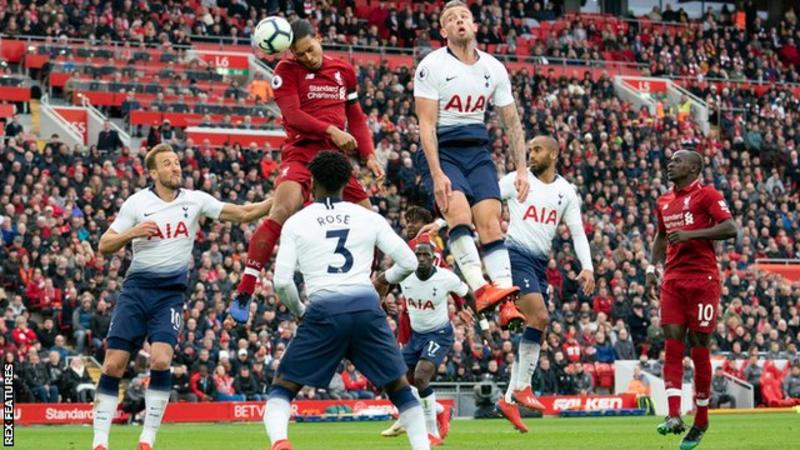 “They’re a very good team and throughout they have a lot of strength.

“They have a fantastic goalkeeper, two great centre-backs and a midfield that’s been very good. They have Victor Wanyama, who I know from Southampton, and Christian Eriksen, who has been doing it for years.

“Up front, they have players who can make a difference, so we have to be ready.

“But I know they’ll definitely think the same about us. We’re not a nice team to face so it’s going to be difficult.”

This is Liverpool’s 53rd competitive game of the season, the Reds winning 37 of their previous 52.

Yet the Reds will end the campaign without a trophy if they lose to Spurs.

Klopp’s side pushed Manchester City all the way in the Premier League before finishing second on 97 points – one point behind the champions.

“We’re not thinking about what [happens] if we lose,” added Van Dijk, who was named Professional Footballers’ Association Players’ Player of the Year. after an outstanding season in Liverpool’s defence.

“That’s something for media and pundits to talk about. We have a big opportunity to win and that’ll be the mindset.

“If I could swap the player of the year trophies for the Champions League, I would do it in no time.

“Football is a team game. Hopefully we’re going to do it.” 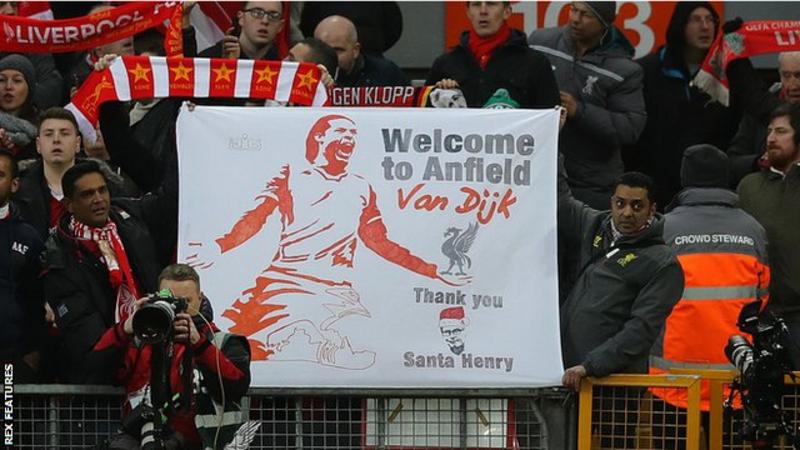 Liverpool finished their domestic season with nine consecutive Premier League victories, yet could not overhaul a City side who won their final 14 top-flight matches of the campaign.

“After the Leicester game, when Vincent Kompany scored the screamer, you had to be realistic that City wouldn’t give it away,” added Van Dijk.

“To compete with Manchester City this season confirms that we’ve made big steps because they’re an outstanding team.

“Hopefully we can do it next season because they’re not going anywhere. I’ve a feeling that we won’t go anywhere either.”

‘We must leave the field with no regrets’

Klopp is looking to avoid a seventh successive defeat in finals as a manager – a run which started at Wembley in 2013 when his Borussia Dortmund team lost 2-1 to Bayern Munich in an all-German Champions League final.

He lost the German Cup final in 2014 and 2015 before moving to Liverpool, where he was beaten in the League Cup and Europa League finals of 2016, plus the Champions League showpiece a year ago.

“We’re going to give everything we’ve got, have no regrets and we’ll see if we’ll be on the right end this time,” added Van Dijk, who featured in every Premier League match of Liverpool’s title-challenging campaign.

On the influence Klopp has had on his career, he said: “I’m very grateful that he bought me and gave me the opportunity to play for this fantastic club.

“He definitely helped me develop in every aspect of my game but also all the players who have been working with me and been with me every day as well.” 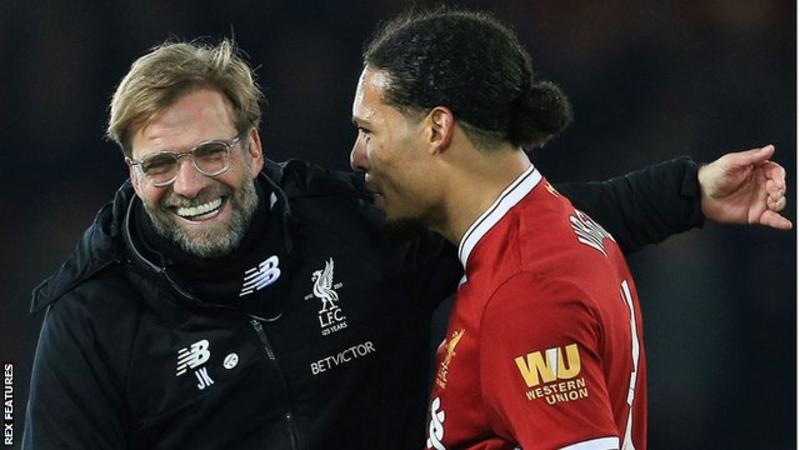 Liverpool went close to going out of this season’s Champions League in the group stage.

They lost all three of their away matches in the group, and went into their final match, against Napoli at Anfield, needing to win either with a clean sheet or by two clear goals to make the knockout stage.

A 1-0 victory was enough for Klopp’s side, who went on to beat Bayern Munich and Porto before facing Barcelona in an extraordinary semi-final.

Trailing 3-0 from the first leg – and without injured key players Mohamed Salah and Roberto Firmino for the second – Liverpool hit back on a remarkable night at Anfield to defeat the champions of Spain 4-0. 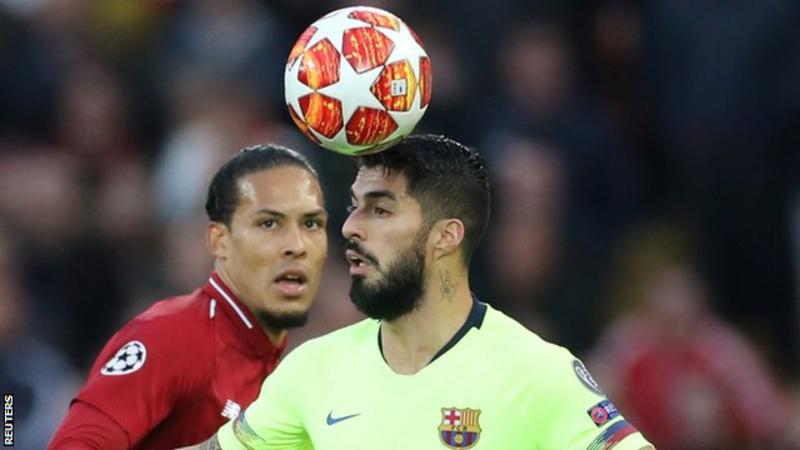 “It was something special. You can’t really describe it or put into words how special it was,” said Van Dijk.

“After the first leg, we prepared and had meetings, and we drove to the stadium thinking it could be a really special night.

“My experiences of the Champions League, especially at Anfield, have been extraordinary.

“They’ve been something special and this season at Anfield, we’ve been showing teams we’re even more difficult to beat.

“Hopefully we can keep that for the future as well.”

Asked how he managed to remain composed, Van Dijk said the key was maintaining a sense of perspective.

“Football is something I love to do the most, outside of being with my family and everything.,” he said.

“It’s good to think that even if you lose a game, the world isn’t going to end; you’re healthy you’re happy and you’ve got things sorted at home, so life goes on – and I always think it works like that.

“The fact is you always as a football player have to deal with criticism and one day you can be the hero and the other day the villain.

“So if your mindset is already prepared to deal with that, you should be fine.”