Kenny was into the penultimate lap of the 120-lap madison when she collided with New Zealand’s Michaela Drummond, sending them both flying.

The five-time Olympic gold medallist lay motionless as medics raced to her aid. After a couple of minutes the 30-year-old was helped off the track. 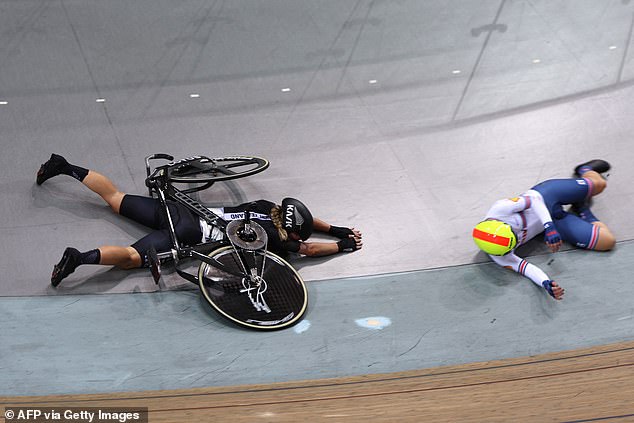 It was a dramatic end to a thrilling race which was won by Belgium’s Lotte Kopecky and Shari Bossuyt, pipping hosts France by a point.

Kenny and her partner, Neah Evans, had been lying in fourth place when the crash happened. They were eventually awarded fifth place with Denmark taking the bronze.

But there was success for Britain when Ethan Hayter successfully defended his world omnium title, while Josie Knight took a bronze medal in the women’s individual pursuit.