DEREK CHISORA has teamed up with legendary trainer Buddy McGirt ahead of his fight against Joseph Parker.

The Brit has drafted in the American to oversee his preparations for his showdown with former WBO champion Parker in May.

Chisora and Parker were originally due to face off in 2019 before the New Zealander was forced to withdraw after suffering a rare spider bite.

But now, after the pair agreed to the fight on FaceTime earlier this month, the two heavyweights will slug it out on May 1.

And Chisora has upped his training by announcing that respected American McGirt has joined his camp.

Announcing the 57-year-old's arrival on social media, Chisora wrote: "Building on the team, preparing for war!

"Getting the work in with @buddymcgirtboxing and @shootfightersofficial this morning."

Fans on Instagram hailed the move, with one commenting: "Big move!"

Another said: "Huge link up." 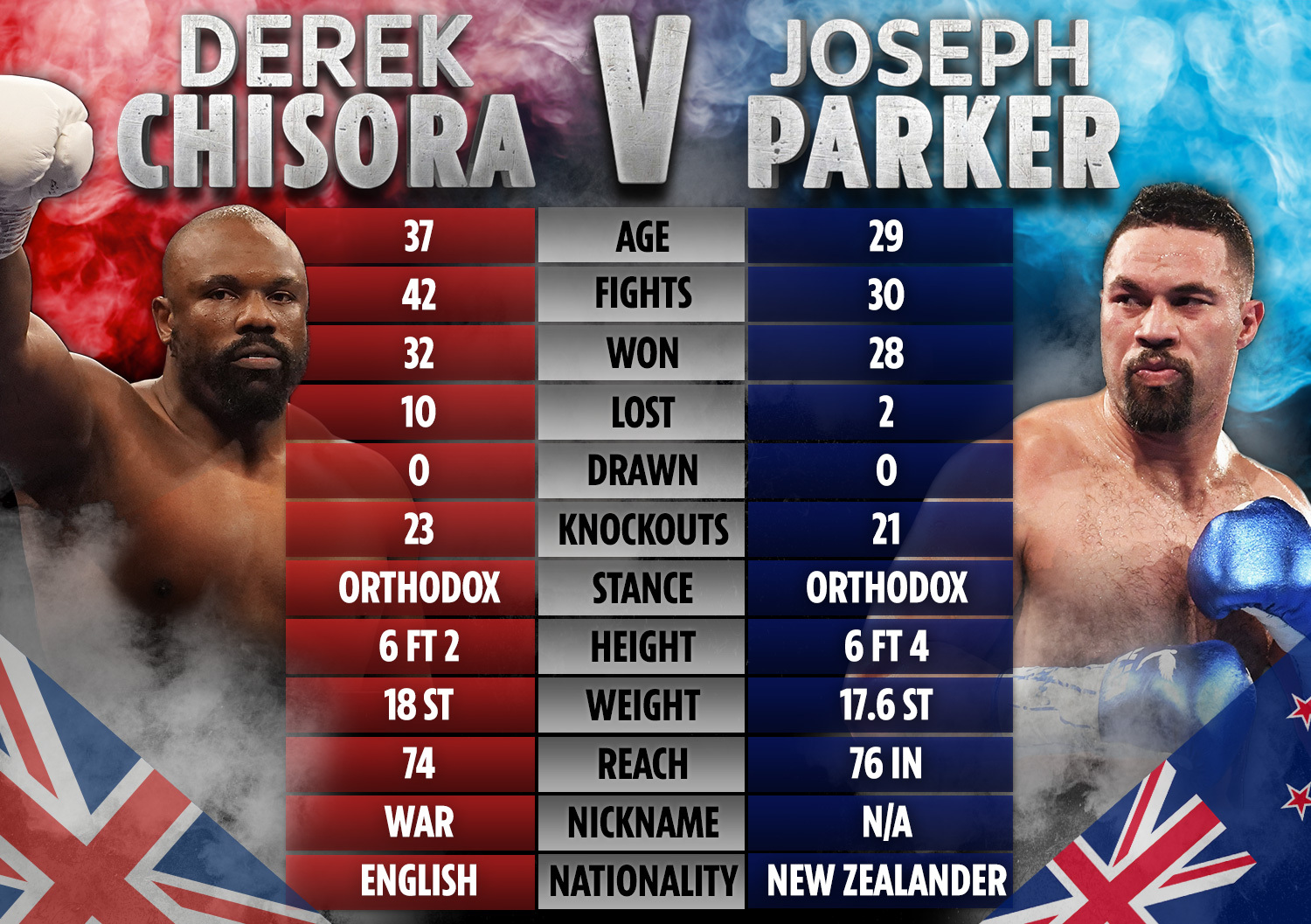 Chisora is coming off the back of a unanimous decision defeat to Oleksandr Usyk in October, his tenth professional loss.

Meanwhile, Parker is hoping for a quick turnaround after his recent victory over fellow Kiwi Junior Fa at the end of February.