Home » Sport » Dom Bess: England spinner says no pressure on him in Test series against India England bowler Dom Bess is excited to have another opportunity to face India but has insisted he will not put pressure on himself during the upcoming Test series.

The Yorkshire spinner was included in a 17-man squad earlier this month for the first two matches of the five-Test series against a side which beat Joe Root’s men 3-1 back at the start of the year in the sub-continent.

Bess played twice in India and endured mixed results, with a five-wicket haul followed by struggles in his other innings while he was not involved in the second and third Tests.

Having swapped Taunton for Headingley this season, the 24-year-old has plenty of overs in his legs and believes he is well prepared if given the nod alongside first-choice spinner Jack Leach over the next two months. “This is probably the first time where I have played a load of cricket and found a process,” Bess said after he attended a community cricket session at Haydn Road Community Cricket Club on Tuesday.

“I have contributed with bat, ball and in the field with Yorkshire but not put pressure on myself, I just wanted to enjoy my cricket again.

“And I guess I have found the balance now where I have been picked for the England squad again and it is an exciting time but there is no pressure from me to put myself under.

“I just want to enjoy this series because I know how much I have worked this summer and what I have done. If I do get the call and things go my way, I’m ready but if it doesn’t go my way that’s fine because I am in the best position and working with really good coaches who know me well, so I’ll keep grafting.”

While 23 wickets at an average of 33.08 from 10 County Championship fixtures are not headline-grabbing statistics, a caveat is the conditions which greet spinners early in the season. After largely playing second-fiddle to Leach on England duty and at Somerset, the off-spinner has relished a number of new experiences at Headingley which have aided his development.

Bess added: “I have done a lot of work coming off the back of the winter on myself and my cricket in terms of how I process things. I think I am in a really good space at the moment, probably one of the best spaces I have been in for a very long time.

“It is exciting for that series to come knowing I am in a good place. Five Test matches is a long time and we are up against a very good side in India, who we faced in the winter so it will be exciting to have another crack at them.”

With more international games on the horizon, it means more bubbles to deal with due to the continued presence of Covid-19 and Bess conceded touring India straight after two Tests in Sri Lanka had a toiling effect.

On home turf the conditions will be slightly more relaxed compared to the winter or last summer when cricket took its first tentative steps to returning to action after the pandemic had paused the sport. 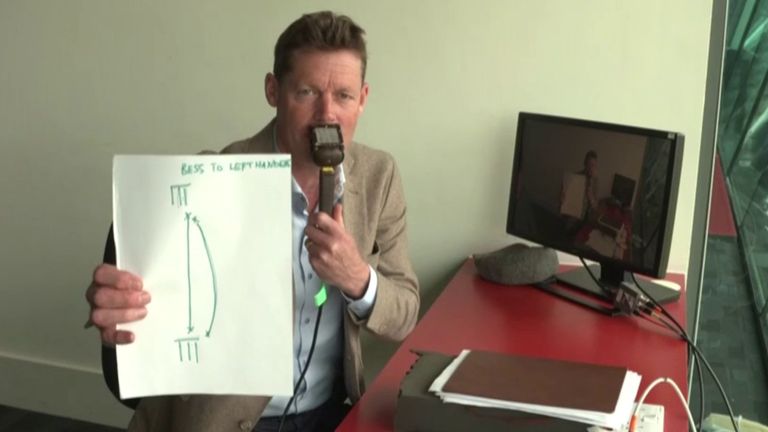 “You can understand why people get burnt out and mentally fatigued, and how much it has an impact on your actual game. That was something I had to learn to try and deal with during India,” Bess admitted.

“We have learned how to cope and fingers crossed we are on the way out of it in terms of strict bubbles, but you have to find some strategies.”

Bess was joined at Haydn Road by Michael Vaughan for one of several #Funds4Runs projects being run this summer by LV= Insurance and the England and Wales Cricket Board, who have jointly-pledged £1million to support grassroots cricket following the pandemic.

The conversation between the pair inevitably would have turned to the Ashes later this winter with Vaughan, the winning captain in the 2005 series, recently stating it would be a farce if the tourists were unable to bring family with them Down Under. 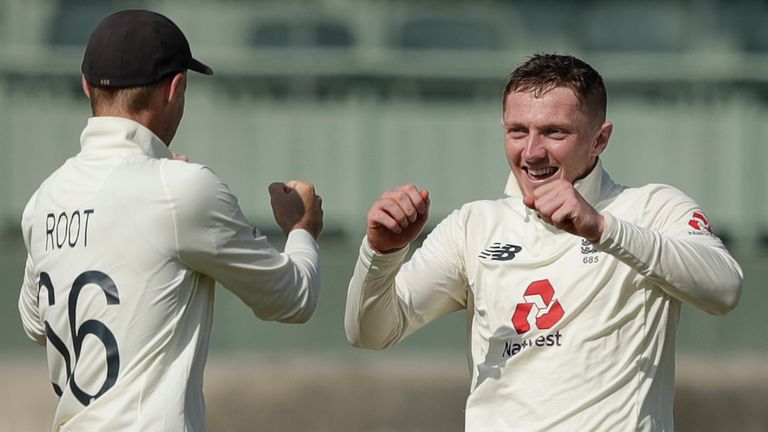 But Bess insisted: “Obviously I don’t know what will be happening or what Australia and their regulations are – but I think if your name was on the ticket and you were going to an Ashes series as a 24-year-old, you would never ever turn that down.

“I think it would be very tough leaving family and supporters at home but it is an Ashes series away from home, something you dream of, playing against the Australians in Australia and looking to win there. I don’t think anyone would be able to turn that down, certainly anyone who has dreams of doing that.

“It gives me goosebumps talking about it because it is the pinnacle. Just watching the ’05 Ashes and then being at school and staying up all night to watch the 10-11 series when (Sir Alastair) Cookie scored hundred after hundred.

“I don’t want to go too far ahead though. We have five Tests against India and we know how good they are home and away. It wouldn’t be the best thing to think about the Ashes now when there is this big series coming up.”