THE “drunk and disorderly” Wealdstone Raider who was arrested after being refused entry into a VIP bar has admitted “I don’t know why I ran”.

Pint-sized Gordon Hill, 55, was nicked on suspicion of being drunk and disorderly after fleeing from police during England’s Euro 2020 quarter final win over Ukraine. 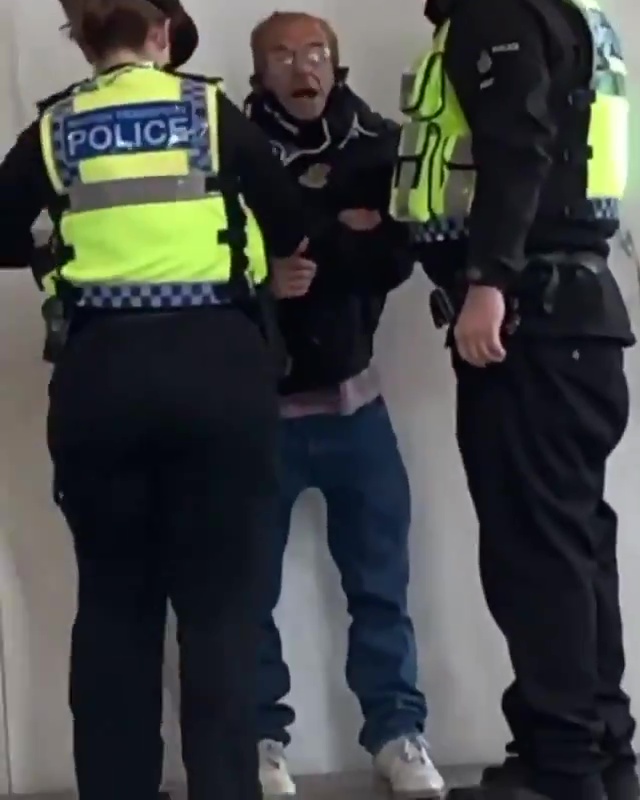 Footage showed the builder from Pinner, North West London – who shot to internet fame in 2014 for his hilarious rant at rival fans – being detained by two officers near London Bridge Station.

Hill, who has become famous on the internet where he is known as the Wealdstone Raider and his catchphrase “you’ve got no fans,” was filmed running away from cops before he was finally arrested.

Cops detained him outside Redwood Sports Bar at London Bridge station but he was later released without charge.

The Raider has claimed he had only had two or three pints and the slurring of his words was down to his speech impediment.

He told the Daily Star: "You know what, I don't even know why I did a runner, because I had nothing to hide. It was a spur of the moment thing.

"I shouldn't have done it. I ran straight into a corner and it's not my normal thing." 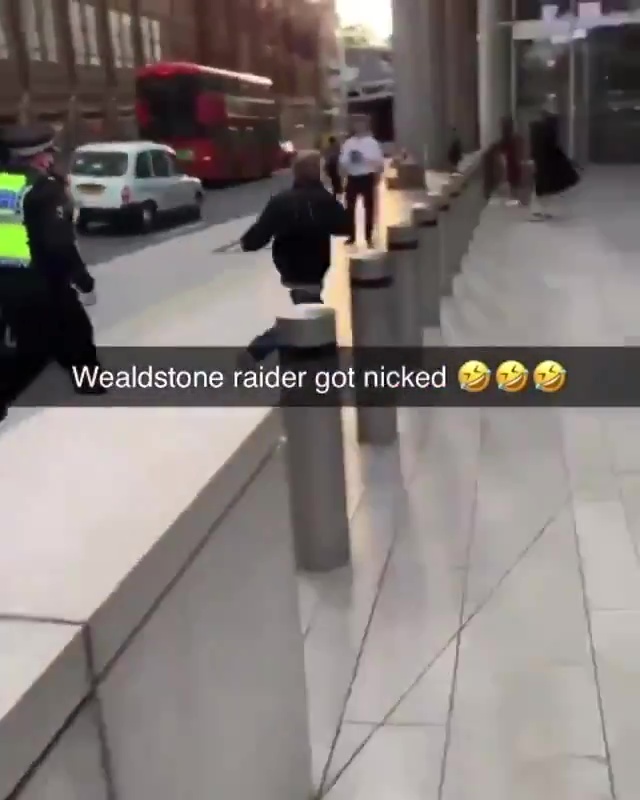 "A man was arrested on suspicion of being drunk and disorderly in a public place and conveyed to police custody. He was later released and no further action was taken."

Hill had gone to the bar to watch England play after he had been given a VIP ticket by a friend.

But Hill said he encountered trouble when he arrived as the door staff refused to let him in.

Hill said: "I showed the bouncer the ticket and he couldn't get me in there for the VIP. They couldn't give me the protection that I needed."

Tensions escalated at the door as the bouncer, promoter and cops at the scene all became involved with Hill eventually being refused entry.

The Raider said: "I walk away and as I walk away, another police officer has turned up, wanting to find out what the situation is. As I'm walking out, she is saying 'come back, come back'. I thought no, I don't want it.

"Next thing I know, I've turned around and these two police officers are running towards me. Instinctively, I am running away.

"If I was really running, I would have ran faster than that – and I ran straight into a corner."

Despite being arrested and taken to Caledonian Road Police Station, Hill praised the cops involved.

"The officer that arrested me was just standing there speechless. The desk sergeant was amazing. Me and the van driver were just having a chat," Hill said.

The Raider was allegedly accused of having the smell of alcohol on his breath.

He was eventually released without charge and didn't receive a caution.

The Raider though decided not to make a complaint against the officers who arrested him.

"You know what, I was absolutely busting to go to the toilet," he explained.

"All I wanted to do was to have a cigarette. They said they would drop me down from Islington Police Station down to Caledonian Road station.

"But I just wanted a cigarette, so I walked up to the local pub, ordered a pint and had the best wee I've had in ages."

Gordon's Twitter page later retweeted a mocked-up 'Free Raider' pic of him behind bars, and joked: "Cmon then – after what I’ve been through where’s the go fund me page??"

The arrest came as England demolished Ukraine 4-0 to set up a Euro semi-final with Denmark tomorrow at Wembley.

Wealdstone FC's most famous fan rocketed to internet fame after a video of his "You want some, I’ll give it ya” rant aimed at Whitehawk FC supporters. 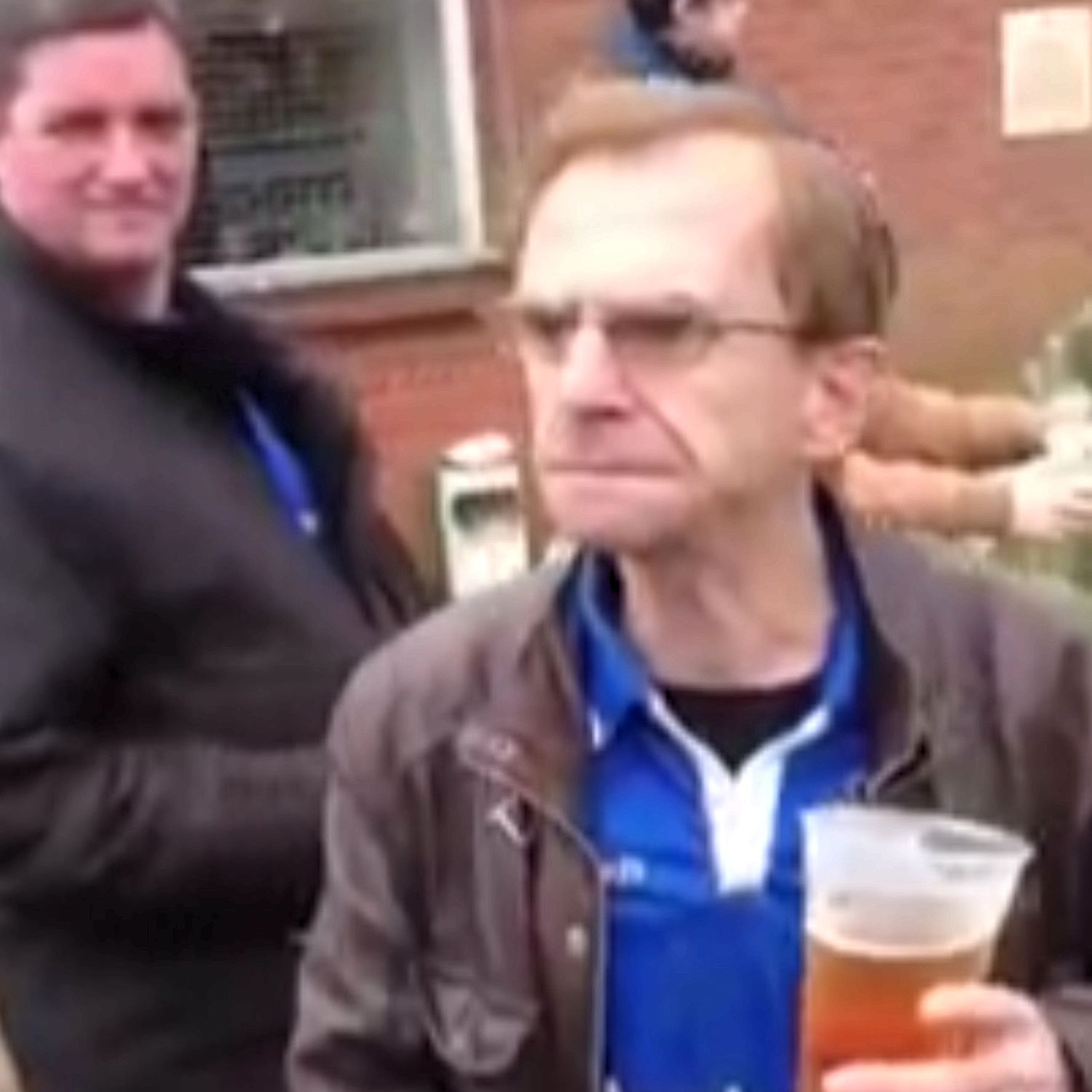 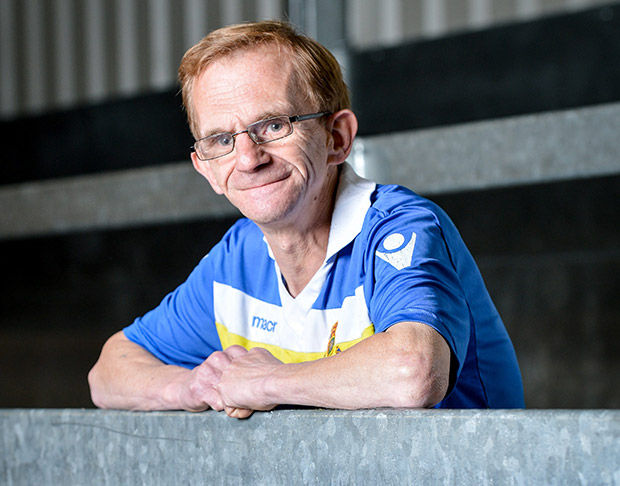 He had been to a pub before his team’s Conference South clash with the Brighton-based side.

Footage of the tirade has been viewed has been seen more than 19 million times on YouTube.

The 5ft 2in 'raider' said he became the most famous footie fan in the world  for his phrases such as "You want some? I'll give it ya" and "You've got no fans".

In 2014,he almost bagged a Christmas No 1 in the chart when his charity single Got No Fans reached number five.

Hill, who has more than 65,000 Twitter followers, became a regular at nightclub and promotional appearances.

He went on a tour of universities and was mobbed in Germany.

In 2018, he gatecrashed a Tyson Fury press conference and challenged the heavyweight boxer to a fight.

Speaking in 2015, he said the YouTube video under the title Wealdstone Raider changed his life.

He said: “I can’t walk down the road without being recognised. It’s mental.”