Eden Hazard scored two goals and created another in a dominant Europa League final win over Arsenal, but said after the game it will likely be his last as a Chelsea FC player.

Hazard has long been linked with a high-profile move to Real Madrid.

In 2017, he saidhe’d consider a move to the Santiago Bernabeu team,appeared to issue a come-and-get-me-plea after excelling with Belgium at the 2018 FIFA World Cup last summer, and has once again used a significant platform to let the world know he is willing to leave West London.

Against Arsenal, at the Olympic Stadium in Baku, Hazard produced five dribbles, returned an 87% passing accuracy, tallied five goalscoring opportunities for his teammates, and scored two goals from three shots. He was, by far, the best player on the pitch.

Read more:Chelsea FC’s manager kicked his hat and stormed off the pitch in a huff after 2 of his players clashed during a wild, chaotic training session

But after the game he confirmed it was “goodbye.” 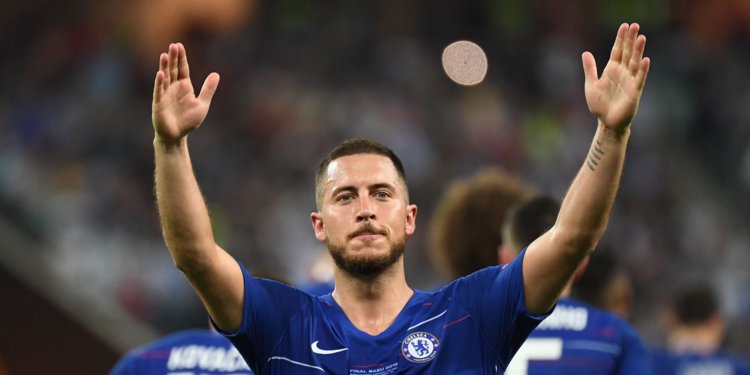 “I think it’s a goodbye, but in football you never know,”he told BT Sport. “My dream was to play in the Premier League, I did this for seven years for one of the biggest clubs in the world. So now maybe it’s time for a new challenge.”

The new challenge Hazard may be speaking of, is a transfer to Real, asthe Spanish tabloid publication AS recently reported that the player would be unveiled as a Madridista next week.

Earlier in the month,Goal.com reported that the transfer fee would be approximately $132 million.

Madrid has also been linked with moves for Paris Saint-Germain pair Kylian Mbappe and Neymar.