FRANCESCO TOTTI'S father Enzo has died from coronavirus at the age of 76.

The Italian legend's dad passed away at Lazzaro Spallanzani Hospital in the nation's capital on Monday. 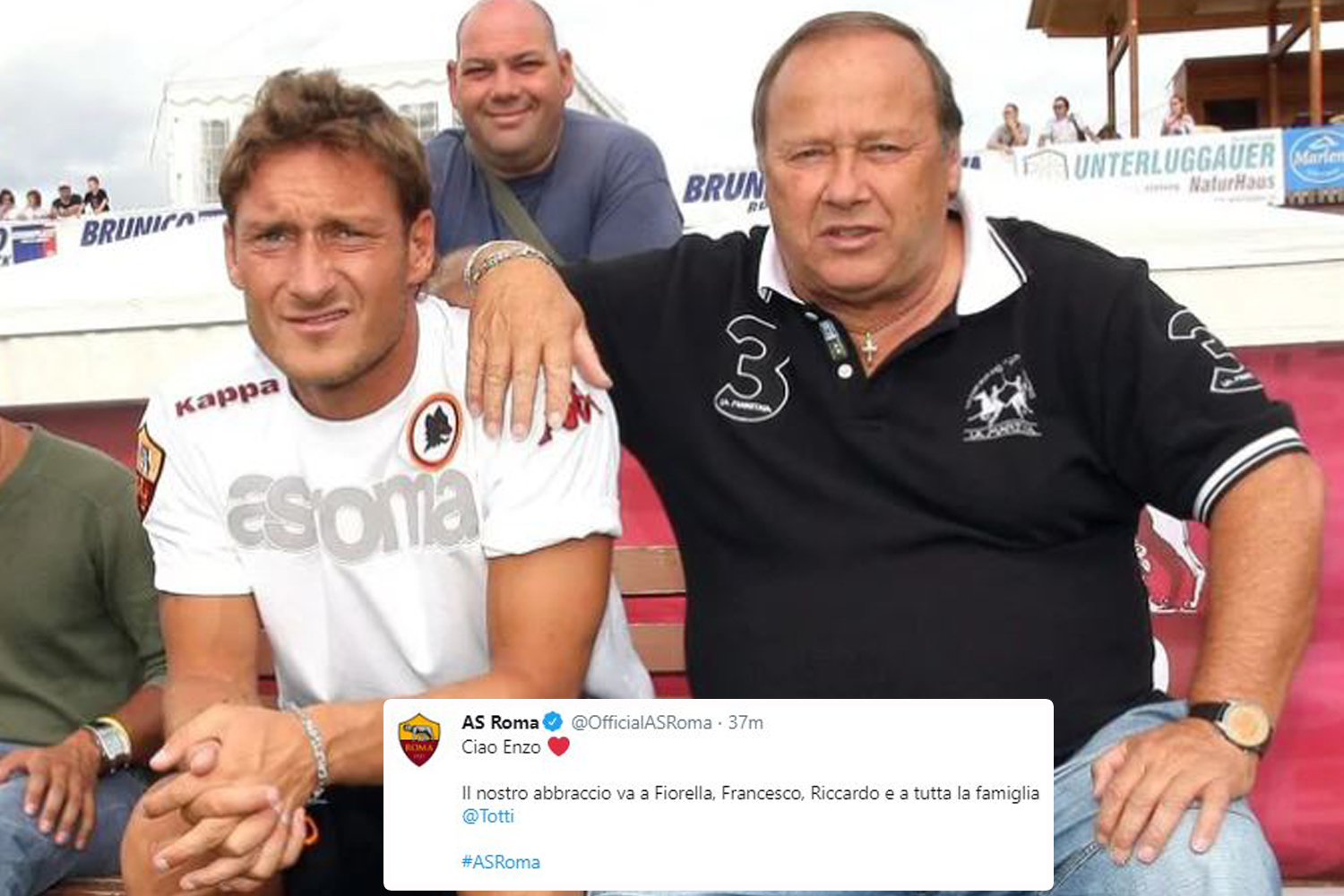 Enzo leaves behind wife Fiorella and son Riccardo, as well as Francesco.

Roma led the tributes to 'The Sheriff' on social media after the announcement.

"Our hugs go to Fiorella, Francesco, Riccardo and the whole family."

Enzo was considered one of the most vulnerable to the virus having suffered a heart attack just a few years ago.

During his son's 25-year career at Roma, Enzo would travel to every away day.

And he would even turn up to training sessions to offer players pizza with mortadella on top as a snack, according to Corriere dello Sport.

Reports in Italy claim Enzo had recently dedicated his life to his grandchildren, Cristian, Chanel and Isabel.

And fans were quick to pay their respects on Twitter.

One wrote: "Condolences to Totti and his family for their loss."

Another said: "The sheriff. Rest In Peace, Enzo Totti. Big hugs to the Totti family."

A third added: "Sending our deepest condolences to the Totti family after hearing the unfortunate news of the death of Francesco’s father Enzo."