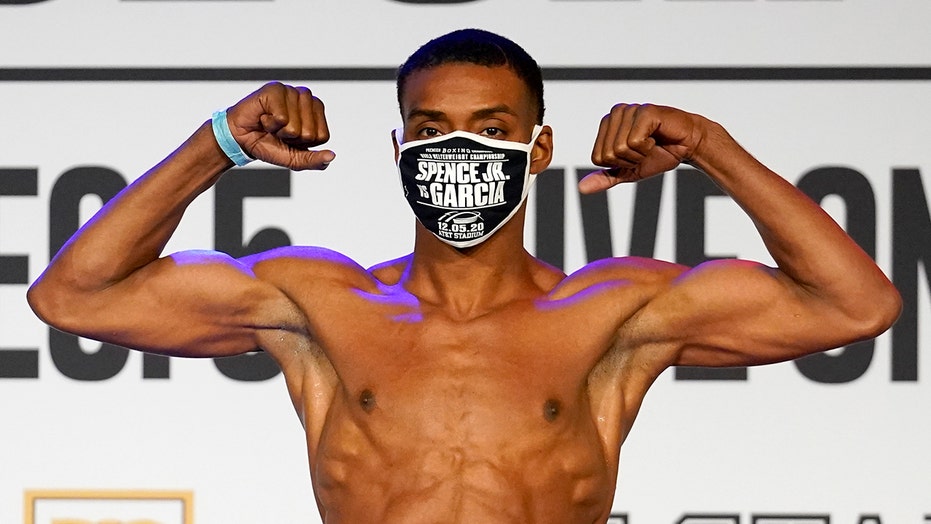 It was Spence’s first fight since he was involved in a horrific car crash in October 2019 which led to misdemeanor drunken driving charges. The fight took place at AT&T Stadium in Dallas and aired on Fox Sports’ pay-per-view.

Spence had won the titles in September 2019 in a split-decision victory over Shawn Porter in Los Angeles. A month after the fight, Spence was involved in the wreck. He was ejected from his Ferrari and was only treated for facial lacerations.

GEORGE FOREMAN BELIEVES MIKE TYSON COULD CONTEND FOR TITLE: 'HE CAN BEAT SOME OF THESE GUYS'

“I feel my accident helped me a lot with just basically put my feet on the ground and humbling myself and realizing that a lot of people don’t get a second chance,” Spence said in the press conference leading up to the fight. “I feel like you're going to see a better me overall and I’m here to show everybody why.”

Terence Crawford was on hand to watch the fight at the Dallas Cowboys’ cathedral. Crawford, the current WBO welterweight champion, is undefeated and Spence could be his next opponent. Crawford recently defeated Kell Brook.