KELLY SIMMONS remained tight-lipped over whether the WSL’s megabucks partnership with Barclays is set to continue beyond 2022.

And The FA’s women’s game director says two third-tier teams will make the step up to the Women’s Championship next term. 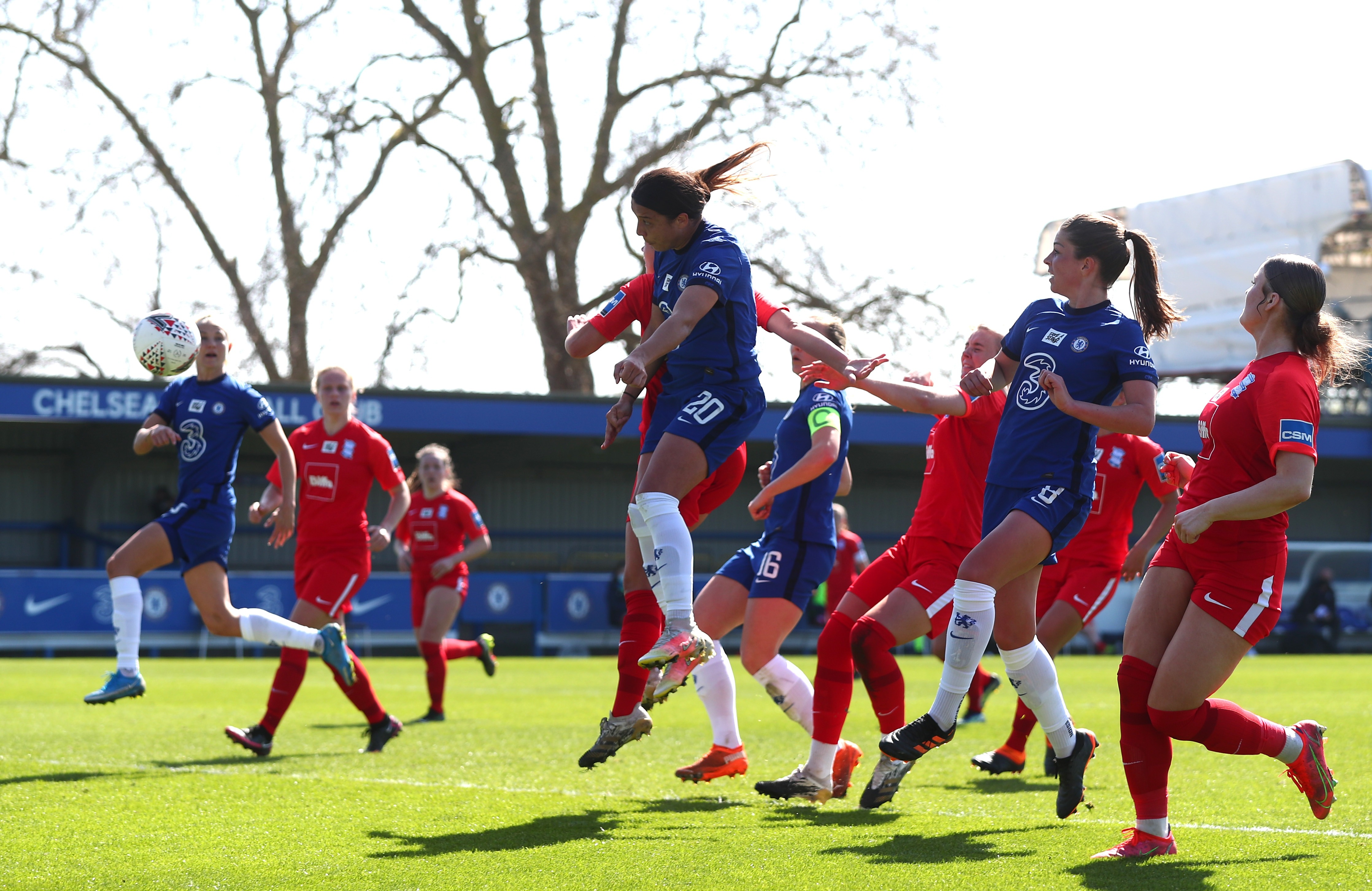 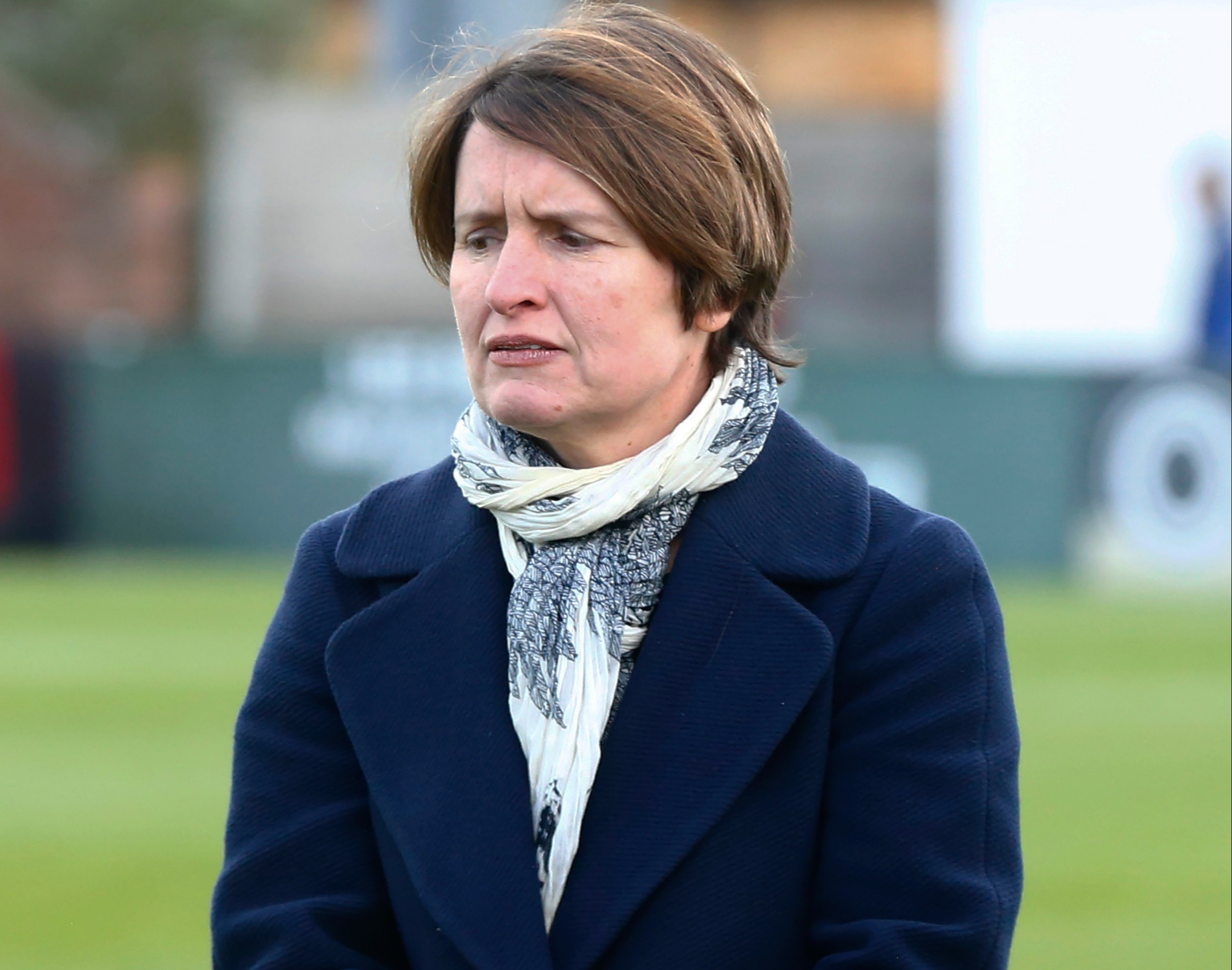 Simmons was speaking to journalists before the launch of a Barclays Women’s Super League Hall of Fame today to mark the tenth anniversary of the division.

Her comments come just over two years on from the finance giants agreeing to a three-year WSL sponsorship deal with the FA worth in excess of £10million.

And the addition of two clubs from the women's game third division to the Championship will see the number of second-tier teams increase from 11 to 12.

“I can't say any more than that at this stage as it is too sensitive, but we're in discussions.

“I think it’s really important (for the Women’s Championship) to go to 12 (teams).

“Because the seasons (below this division) have not been completed, clubs can join via the application process.

“We don’t want another season – assuming we can get two clubs that can meet the criteria – with an odd number of teams in the Championship.”

Over the past decade, the Women’s Super League has evolved from an eight-team, semi-pro contest, into a full-time professional 12-team league competition. 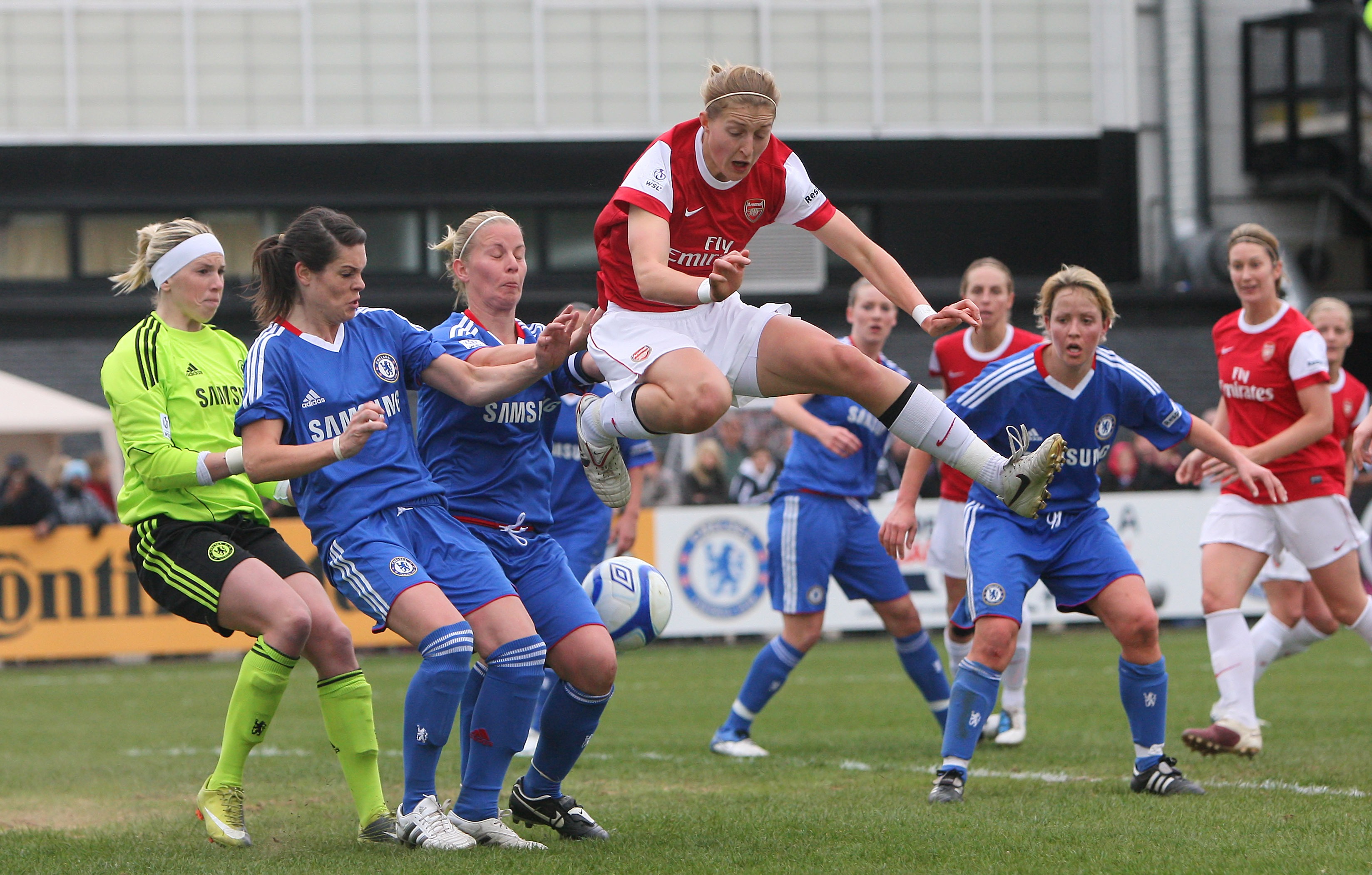 And the record attendance for that game – which Simmons described as her favourite – was a far cry from the number at the WSL’s first-ever fixture.

On that day a then 19-year-old Gilly Flaherty scored the winner for the Gunners in front of a crowd of 2,510 fans at Tooting and Mitcham’s Imperial Fields ground.

Reflecting on the game West Ham skipper Flaherty, 29, told BBC Football Focus: “There was a lot of hype around the game with the WSL starting.

“It was a massive day and a massive occasion. It’s something I dreamed of scoring the first WSL goal because I’m a defender.

“The forwards were thinking ‘that could be me, I’m going to get the first goal in the WSL’, but I robbed it off them.

"You don’t think until years down the line how significant that goal was." 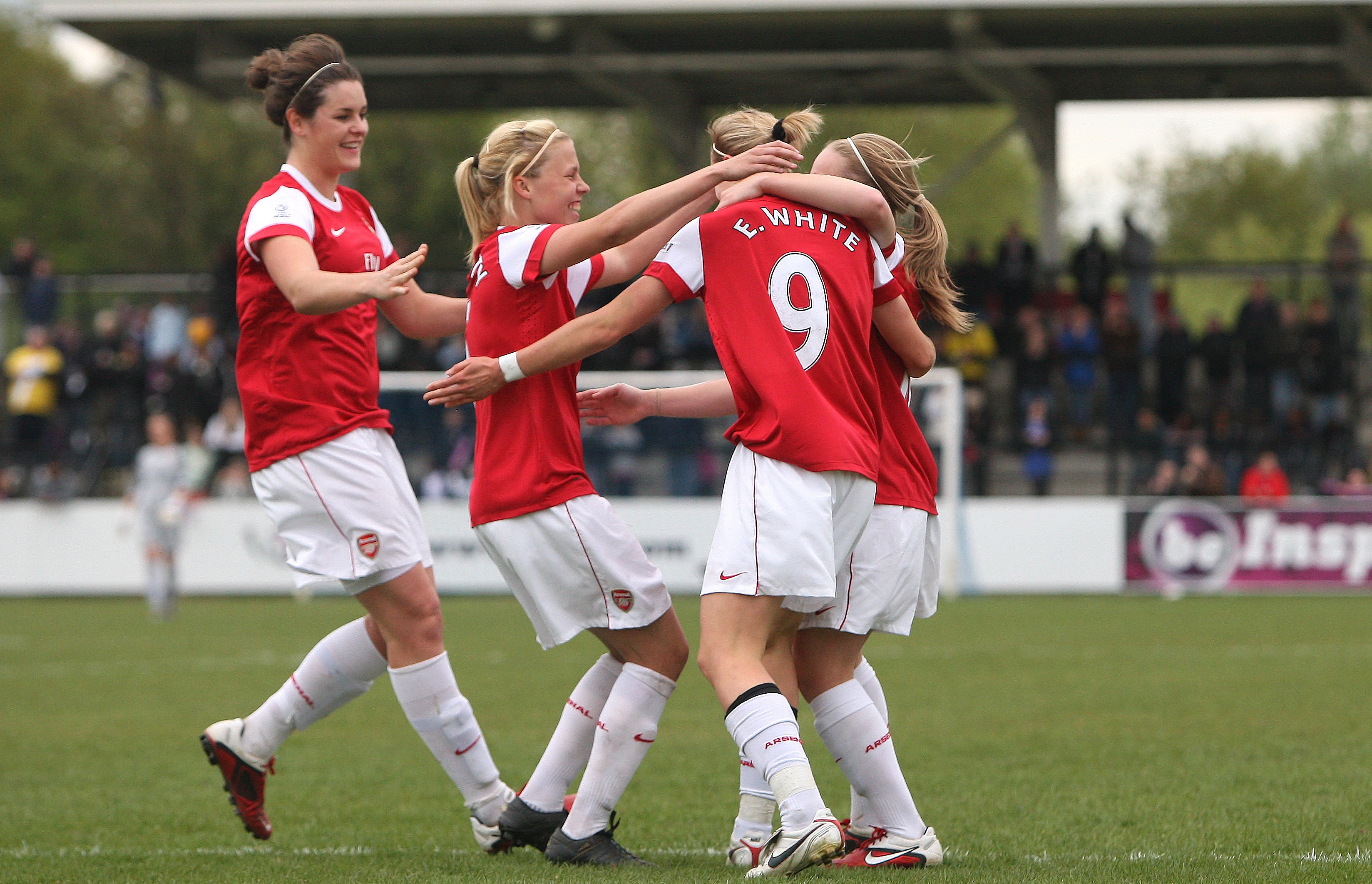 Simmons added: “I could never have envisaged the league having been on such a journey of growth and development when we launched it ten years ago.

“The support we have received from clubs, the media, fans and stakeholders has been overwhelming.

The biggest game for me was Tottenham v Arsenal with the record crowd.

“The fans were phenomenal but the atmosphere was incredible,

“You could hear the Arsenal end and the Spurs end. It really created a special atmosphere, a spine-tingling one

“I was sat in that game and I thought that’s what, over the next 10 years, women’s football can become regularly.

Simmons cited Arsenal legend Kelly Smith, 42, and Chelsea’s Fran Kirby, 27, as two of her favourite players from the past decade. 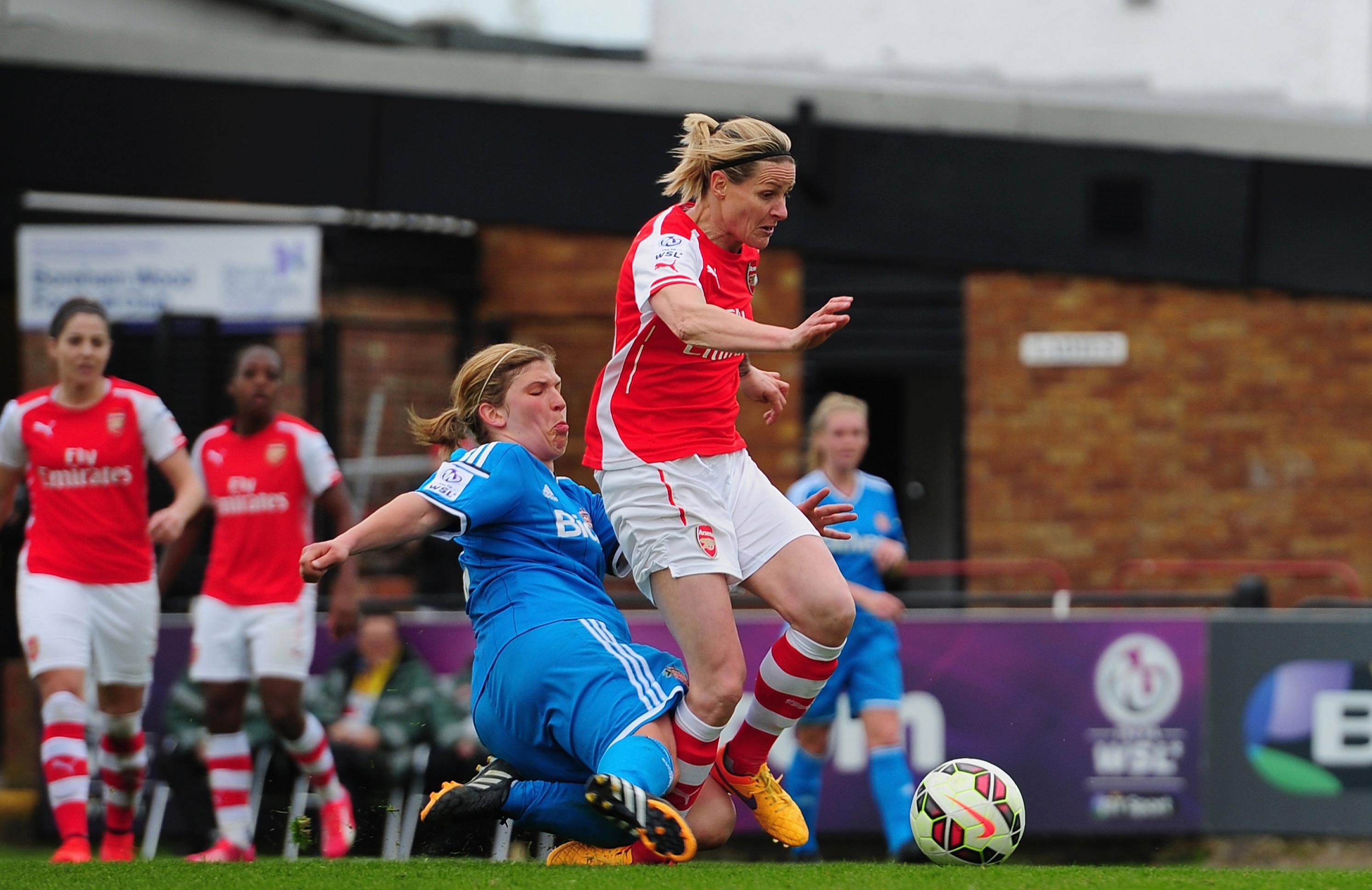 Simmons said: "I think Kelly Smith was just unbelievable to watch, just so technically gifted and personally for me just an incredible, incredible footballer.

“And then there are players like Fran Kirby, who have had to come through such adversity and still play with such great passion and a smile on face.

“So many of them work so hard off-pitch to promote the game and be a wonderful role model and inspire girls to play.”

Next season will see the top-flight take another massive leap forward with at least 40 WSL clashes due to be broadcast on Sky Sports and the BBC next season. 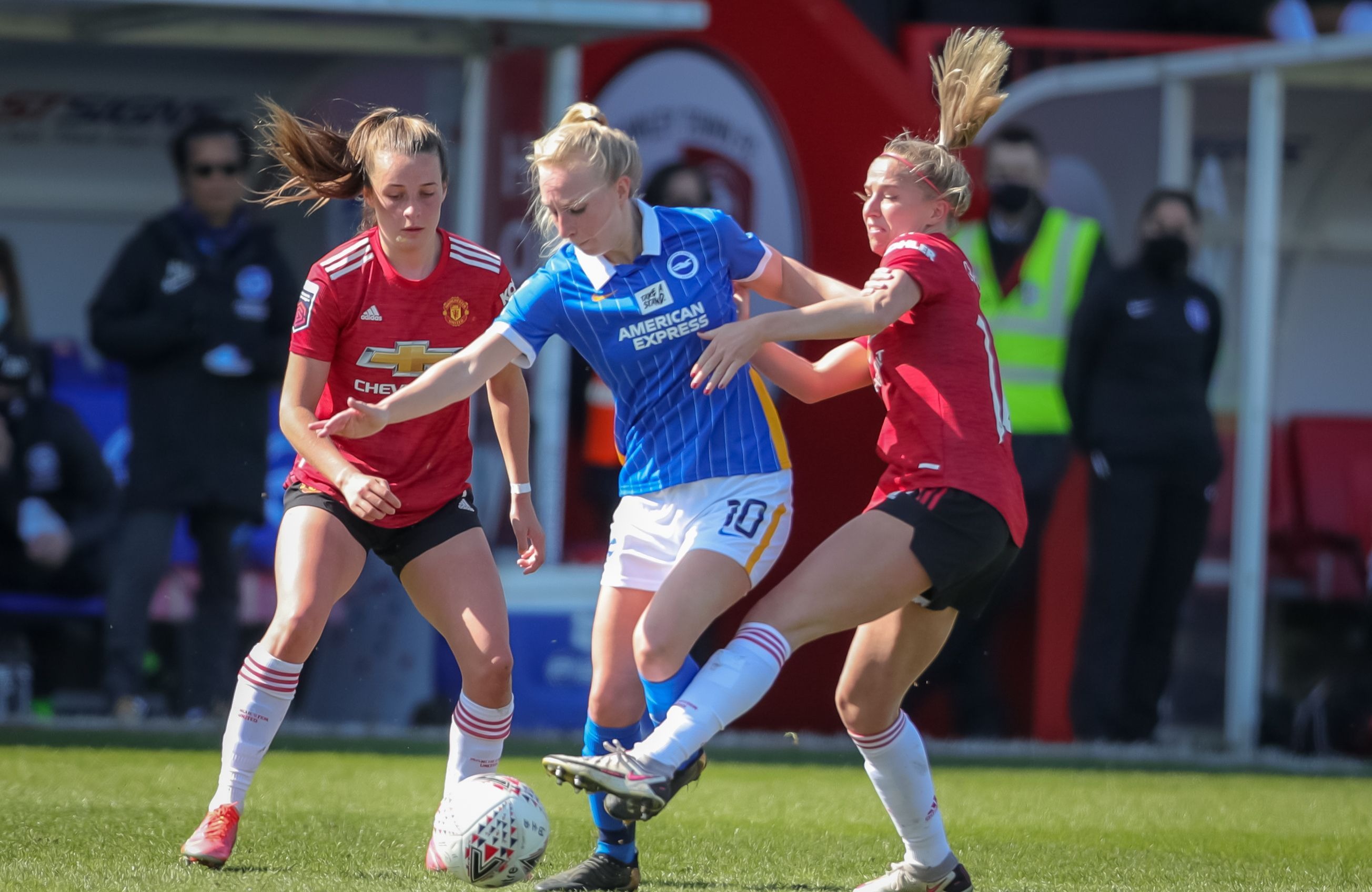