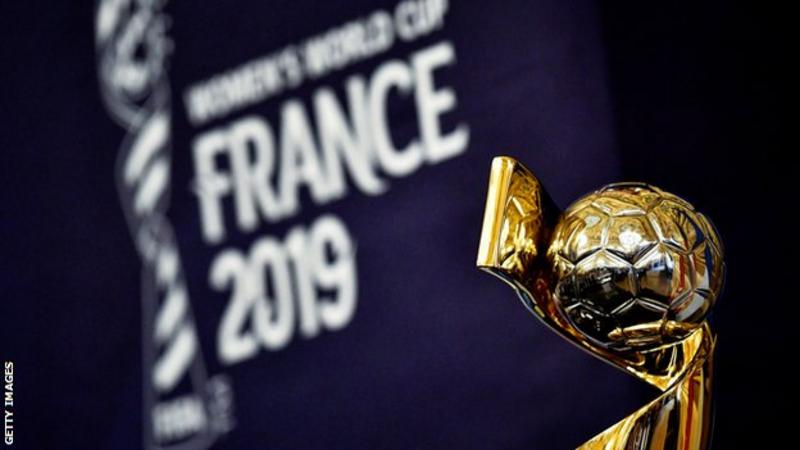 The eighth Women’s World Cup kicks off in France on Friday with the hosts trying to bring back memories of 1998 when their male counterparts won their first tournament on home soil.

Reigning champions United States are chasing a record fourth World Cup success, while England will be led by Phil Neville as they attempt to improve on their third place four years ago.

Scotland are one of four debutants among the 24 teams, but with some world-class talent in their squad could they upset a few teams along the way?

We asked a selection of BBC pundits, among others, who they thought would shine and what they were most looking forward to before the final on 7 July. 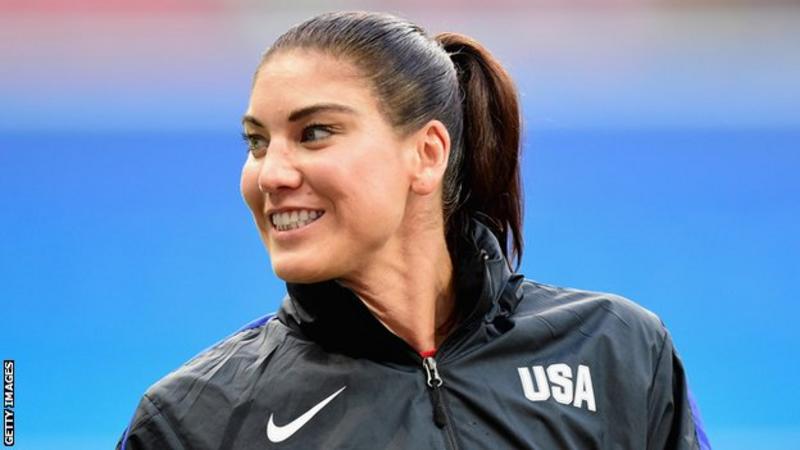 Who will win? The US will always be favourites, because culturally we know how to find a way to win. But they are not my favourites. They are winning games by outscoring opponents after uncharacteristically letting goals in and I don’t think that’s going to work in a major tournament. For me, France are the team to beat. Overall they have the best team and have a beautiful fluidity to their play. I just hope they don’t let the pressure of a home World Cup get to them.

Outsiders to do well? I always believe you need a good defence and goalkeeper to win a major championship and although they aren’t outsiders, Germany will be very difficult to beat.

Player to shine? I love to watch French left-back Sakina Karchaoui play and England’s Nikita Parris is fun to watch, but one of my favourite players of all time is Scotland’s Kim Little. I loved playing with her at Seattle and the world was cheated not seeing her at the last World Cup. She’s a complete player.

Most looking forward to? This tournament was meant to be held in France because it will have beautiful football-specific stadiums, grass fields, it has a soccer-intellectual crowd and country, and it will be everything that a Women’s World Cup should be compared to four years ago in Canada. That was everything a World Cup should not have been. 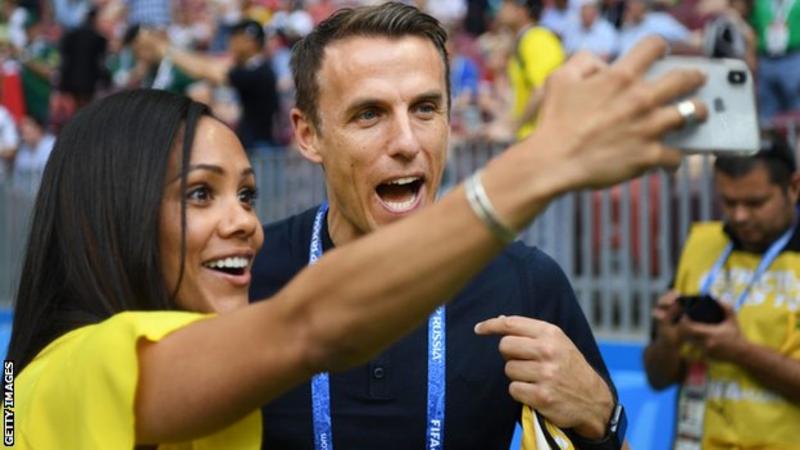 Who will win? England of course! I’m going stick with my team. Winning the SheBelieves Cup was huge for confidence and belief but now it’s doing the same again when the pressure is on and in the ‘no tomorrow’ games. As for France, every tournament in the past you have to fancy them. They have so many talented individuals but for me have never been able to bring those talents together. As a home nation, this could be different. Could this be the first time where we have men’s and women’s world champions from the same country at the same time?

Outsiders to do well? Not sure if you can call them dark horses because they have been on the rise the last couple of years but Australia are a team that can definitely cause an upset. They have pace and with a talent like striker Sam Kerr in the team, all defenders will have to be on their best game up against her.

Player to shine? Nikita Parris. She had a great season this year at Manchester City and has come into her own with the national team. Every tournament England have played in I love the fact that a new star emerges. When I look back Steph Houghton had a great 2012 Olympics with Team GB, Lucy Bronze did the same at the 2015 World Cup and I think this one could be the one when everyone is talking about Nikita Parris.

Most looking forward to? I love travelling to the games and doing them pitchside with Gabby Logan. Hopefully we will do our best to showcase how amazing the atmosphere is as well as giving great insight to the viewers at home. Making supporters feel part of it is so important to help grow the game. 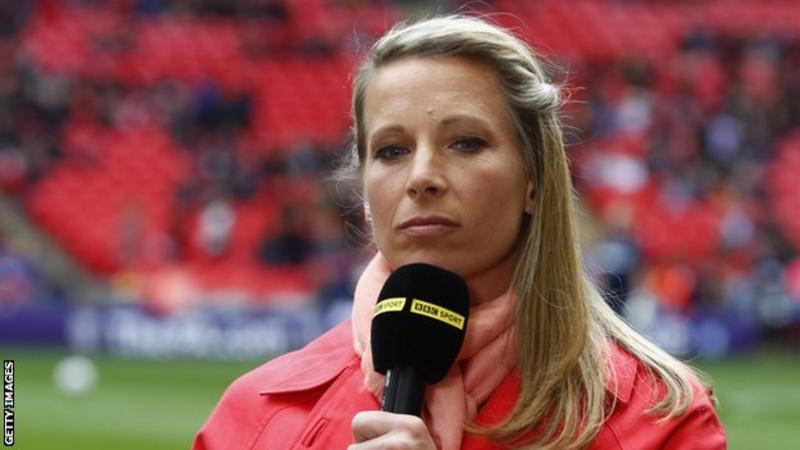 Who will win? England. They’ve been churning out results when they’ve not necessarily been at their best, which is always a sign of a good team. Secondly, there is no-one left to fear. England have always had someone to fear, a team we haven’t beaten, but they are not at that point any more. Thirdly, the vibe. It’s very relaxed and confident and controlled. I’ve not felt that before and a lot of it is down to manager Phil Neville and the winning mentality he has instilled in the players.

Outsiders to do well? France have never got past the quarter-finals so they are dark horses, with regards to previous achievements. The product they have with Lyon and Paris St-Germain means women’s football is bigger than it’s ever been. They have some of the world’s best players at Lyon. The challenge is to unite as a group and do it on home soil as the Netherlands did two years ago [to win Euro 2017].

Player to shine? Nikita Parris. I played with her at Everton, she’s the Women’s Super League’s all-time top scorer, and she has moved to Lyon, one of the world’s best teams. She’s feisty, and will do anything to win the game. I’d hate to play against her, but she’s the first name on your teamsheet. She can make her mark at World Cup, she’s done it at the SheBelieves Cup, and she’s still young at 25.

Most looking forward to? The new additions. Scotland are a quality team, Jamaica offer colour and flare and they didn’t have a national team four years ago. I’m also looking forward to seeing fellow newcomers Chile and South Africa. 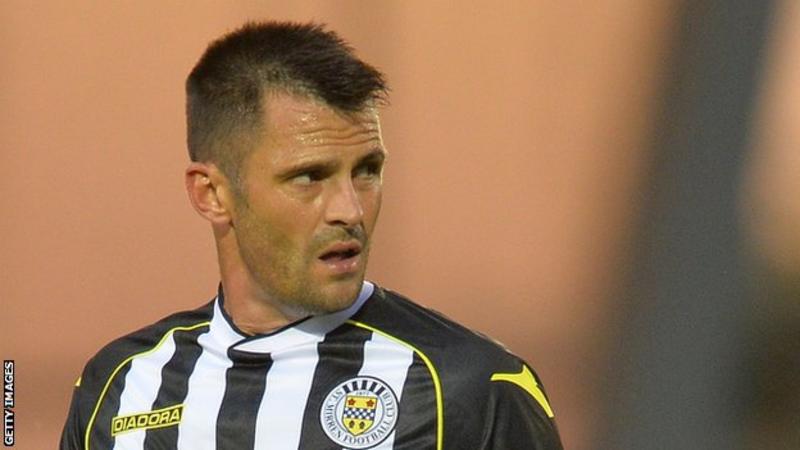 Who will win? It’s daft not to consider holders the United States. Scotland lost 1-0 to them late last year and they did really well, but you could see the quality the US had in the team. They have tournament experience and pedigree, so looking past them would be difficult.

England have a big expectation to go deep in the tournament, and are one of the favourites, but it’s whether they can live up to the hype.

Outsiders to do well? Scotland. They are in a difficult group with England, Japan and Argentina, but they have been winning games and are confident. Boss Shelley Kerr has instilled self-belief in them and they have some top-class players in Kim Little, Erin Cuthbert and Caroline Weir. A large percentage of the team play in the FA Women’s Super League, which means they are playing at a high level, full-time and have access to great training facilities.

Player to shine? Little is well-known as a world-class player on both sides of the Atlantic, while Cuthbert has been given massive plaudits for her performances this season and scoring the best goal in the Women’s Champions League. But I’m going to name fellow Scotland midfielder Weir as a player to look out for. She plays deeper and is an outstanding ball-player. She’s technically gifted.

There won’t be many better midfield trios in the whole tournament.

Most looking forward to? It’s got to be the game between England and Scotland, because it’s both team’s opener and for what it means. It’s going to generate a big crowd and there will be masses of media attention. The Scotland team is better prepared now and it will not be a repeat of Euro 2017 where they lost 6-0. They will believe they can win, and I think it will be close. I just hope we can do ourselves justice. 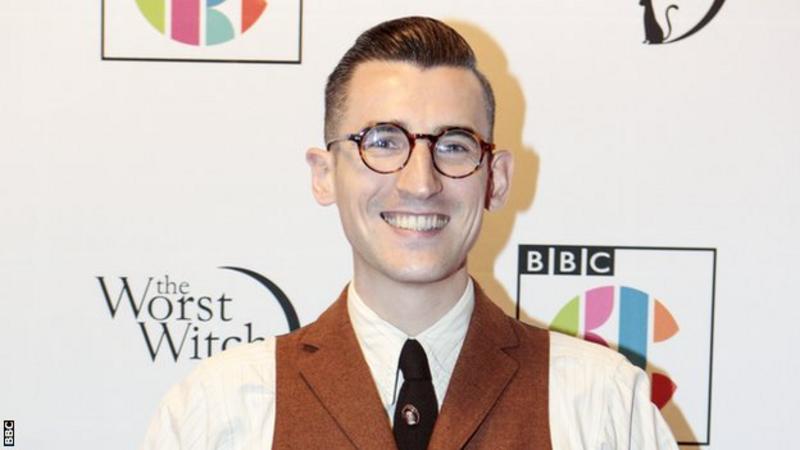 Who will win? Normally at a World Cup my prediction would be a real struggle between head and heart, but I genuinely believe England have the best chance they’ll ever have this year. Obviously teams like the USA and host nation France will also fancy their chances, but I think this tournament is the Lionesses’ for the taking.

Outsiders to do well? Scotland have bags of quality and a real chance to spring a few surprises, even against their old rivals England. I wouldn’t be at all shocked to see them make it through to the knockout rounds. Australia and Japan shouldn’t be underestimated too, and I wouldn’t bet against either reaching the latter stages.

Player to shine? The exciting thing about this year’s tournament is how much attacking talent will be on show, and I’m hoping for some really open games that give forwards the chance to shine. The Netherlands boast some of the best in the business, and I expect Shanice van de Sanden, Vivianne Miedema and Lieke Martens to all perform. As for defenders, I can’t look beyond England’s Lucy Bronze, the most complete full-back in the world right now.

Most looking forward to? First and foremost, England winning it! I know I’ve jinxed it twice now already, but you’ve got to have faith, haven’t you? More objectively, this is set to be the most exciting, competitive and watched Women’s World Cup ever too, and that’s got to be worth getting excited about. 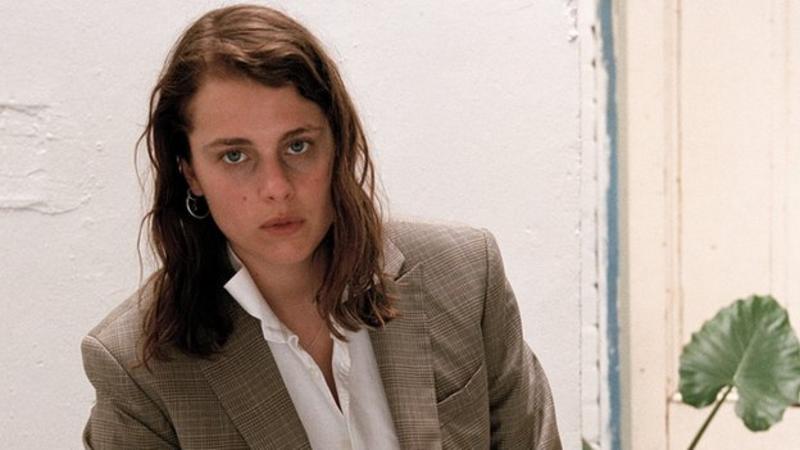 Who will win? I think that England can do well having won the SheBelieves Cup. With all the World Cup fever from last summer, I think there is a good energy to be tapped into and I’ll be totally rooting for them. I know the US are going through a legal battle, so I wonder if that might be a distraction for them. France will have good chance too.

Outsiders to do well? I’ve been hearing good things about Scotland and know they have a strong team. It would be great if they went far in the tournament.

Player to shine? My favourite England player is Jill Scott, I like how she plays but the player who shines for me most is one who is not even there: Norway’s Ada Hegerberg. For one of the top players in the world to boycott the World Cup is a big deal, she emits a Billie Jean-King vibe about her and she’s always pushing for change. It’s a big sacrifice but it’s really noble what she’s doing.

Most looking forward to? I’m going with 15 of my Legends FC team-mates to Le Havre to see England’s second group game against Argentina, which will be awesome. It will be my first time at a World Cup and we’re all excited about going. I’ve already made my World Cup chart.