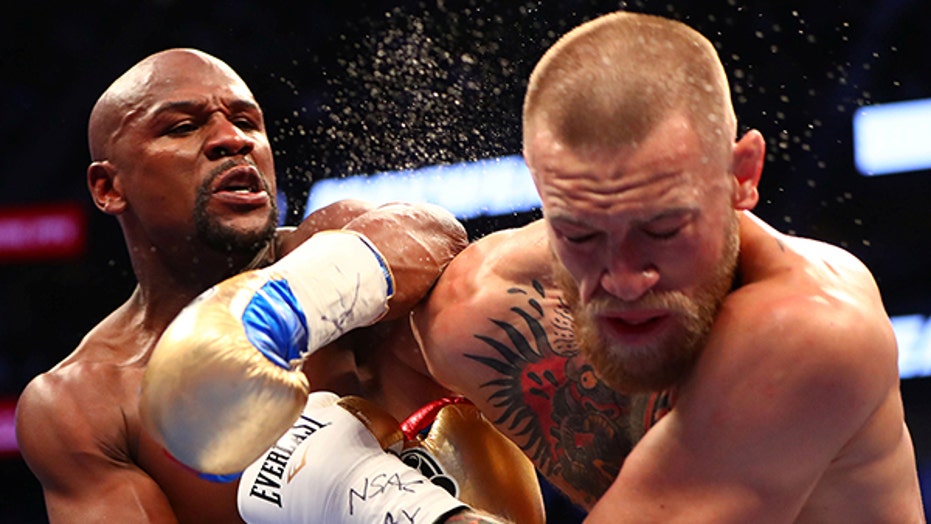 Mayweather added insult to injury after McGregor’s technical knockout loss to Dustin Poirier at UFC 257 on Saturday night. The superstar boxer, who defeated McGregor in their own spectacle a few years ago, lashed out against the Irishman on Instagram in the moments after his loss.

“I seen this post and my take on it is that the world knows Con Artist McLoser can steal everything from me and be loved but I’m hated. That just lets you all know that racism still exist. Just know, that bum will never be me or be on my level,” Mayweather wrote.

“I’m just built different, my mindset is on another planet, my skills are second to none, I’m a natural born winner and yes I talk a lot of trash, but every time I back it up! This is what they hate. It’s sad that you can be a poor black kid from the ghetto that has dealt with racism your whole life and work extremely hard to put yourself and your family in a better position, and most of the hate come from my own people. Connor cannot even win in his own sport, but talking about coming back to boxing to fight (Manny) Pacquiao. Nobody wants to see that, it’s like my leftovers eating leftovers.”

McGregor, 32, admitted right after the fight that the loss was a “tough one to swallow.” He would elaborate on his comments in the post-fight press conference.

“It’s hard to take,” McGregor said, via AFP. “(It’s) the highest highs and the lowest lows in this game. I don’t know where I’m at, at the minute, to be honest.

“I have no excuse. It was a phenomenal performance from Dustin. It’s a bitter pill to swallow.”

McGregor was spotted by reporters coming out of the locker room with a crutch after Poirier appeared to do some serious damage to his leg. The former champion would post a photo on his Instagram of himself relaxing in Abu Dhabi with his leg elevated to try and relieve some of the pain.

“Thanks for the support everyone! Was not my night/morning in there but a great contest to improve on. I’m excited at the blockbuster trilogy I now have on my hands. Dustin is a hell of a competitor and I look forward to going again. Elevating the leg and the spirit on my way home! God bless us all, happy Sunday,” he captioned the photo.

It’s unclear what’s next for McGregor. He said after the loss he plans on fighting again this year.