ARGENTINE football has been plunged into shock after professional player Lucas Gonzalez was SHOT DEAD by police. 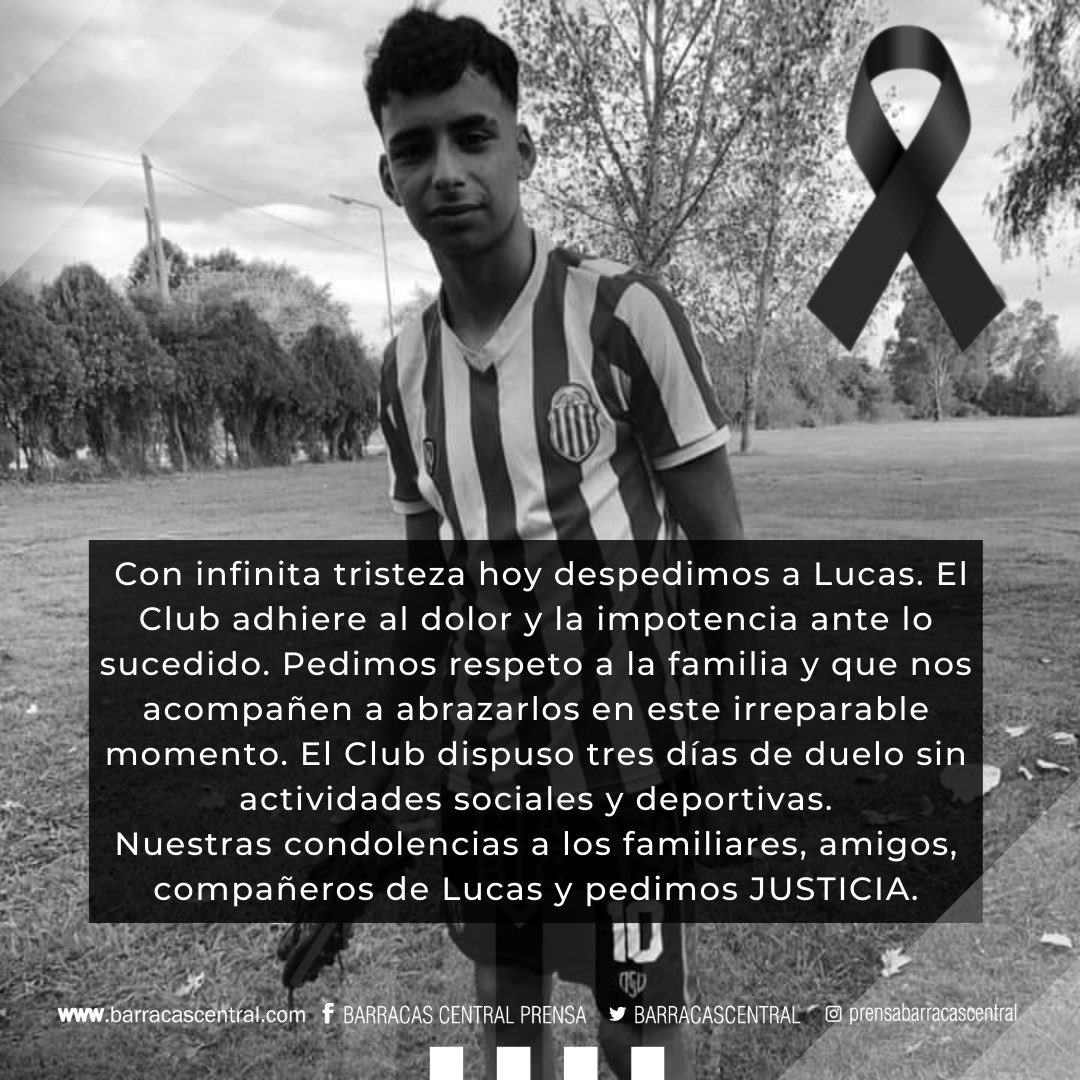 He was leaving training in a car with three clubmates when plainclothes police opened fire, striking the teenager in the head.

The youth-team prodigy was rushed to hospital, but could not be saved.

Buenos Aires-based Barracas announced: "We say goodbye to Lucas with infinite sorrow. The club accedes to the pain and powerlessness over what has happened.

"We ask respect for his family, and we embrace them in this irreparable moment.

"The club will hold three days of mourning without social and sporting activities.

"We send our condolences to Lucas' family, friends and teammates – and we want JUSTICE for him."

Reports suggest three officers have been suspended and an investigation has been launched.

Gonzalez and his clubmates are thought to have stopped at a shop when they were intercepted.

It is not yet clear if the police were in an official vehicle when they acted.

Locals took to the streets in protest, venting their fury at "trigger-happy police."

Gonzales' mother Cintia Lopez told local radio station La Voz: "After leaving training Lucas and his team-mates stopped to buy some drinks, and a car with four policemen pulled up.

"One of the boys' fathers told me the officers thought they were going to be attacked. The situation escalated, and the police shot my son.

"They have ruined my life, and I want those responsible to pay the price."