Home » Sport » For and against: To E or not to E at the Olympic Games

Is there any part of “get off my lawn!” that is not clear to you?

And while you’re at it, stay the hell out of my Olympics.

The very idea of Esports at the Olympics is absurd, and I am shocked – shocked, do you hear? – that the International Olympic Committee has recently intimated that the 2032 Brisbane Olympics could be the first to include Esports. 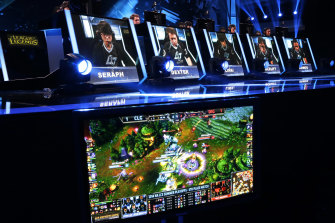 Competitors play in a League of Legends championship series competitionCredit:AP

The IOC will be even hosting an Olympic Virtual Sports festival in Singapore next year, and the second-most horrifying thing of all: President Emmanuel Macron is pushing to have Esports included at the Paris Olympics of 2024!

“Don’t forget Esports, another area of ​​French excellence,” Monsieur le President said in the final stages of his recent election campaign. “We have, in this regard, a historic opportunity: that of the 2024 Olympic Games. It is up to us to take advantage of it, to make the link between the Olympiads of the two worlds by hosting the biggest sporting events in the world that year – the Worlds of League of Legends, and The International of Dota 2. If the French trust me, we will work on it as soon as I am elected.” 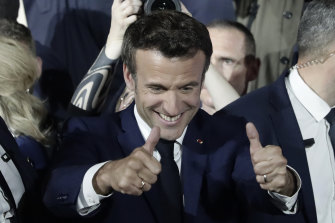 Thumbs up if you’re a huge gamer.Credit:AP

How much does the idea offend me? Let me count the ways.

The first thing is that whatever versions of Blam-Blam you are playing – League of Legends, Call of Duty etc. – it is not actually “sport.” It is just … Blam-Blam.

I can’t follow the ins and outs of the various games, but they all seem to involve killing your opponents, yes? You’re at the bottom of the screen, I think, sometimes with your team, and there at the top are those seeking to kill you unless – Blam! Blam! Blam-Blam! – you kill them first? Something like that? 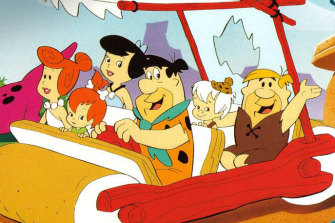 Blam-Blam is not to be confused with … Bam Bam.

The mighty Cathy Freeman entering the final turn of the 400m – as the crowd rises, as her lungs burn and her heart explodes, as she strains to get every last ounce of power she has in her out onto the track – it ain’t.

Listen. For something to be a sport, it has to have a physical dimension, savvy? You can put that physical dimension up on the screen, sure, but the starting point has to be people, bodies, in a contest with each other. And it makes it more interesting if the changing environment around them – the wind, the sun, the lie of the land – can affect the outcome. It all depends, see, on how the competitors react to it, and each other! 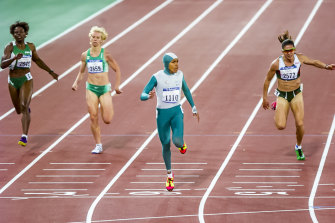 Now THIS is sport!Credit:Dallas Kilponen

And your activity doesn’t make the cut.

Seriously, beyond all that, do you get that the whole schtick of the Olympics is the nations of the world gathering, to meet in peace, to exalt and embrace the highest values of humanity and …

And OK, Jerry, let’s cross from the sailing, back to the Eiffel Arena where Chile has now swung into the lead over Argentina, having killed 115,000 more in Blam-Blam. I believe there is virtual blood everywhere, Jerry … ?

THIS is your vision of an Olympian future?

Not for this little black duck. Let Esports in the Olympics and it is no longer the Olympics.

And get off my lawn! 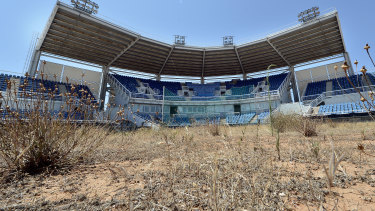 Adapt or perish, and the IOC knows it

Whichever way you cut it, the old grey mare ain’t what she used to be. Olympic viewership is down, sponsorship is down, and fan interest is down.

Like the rest of the country I’m thrilled we’ll have the Olympics in 2032. Sydney 2000 remains the finest thing we’ve ever achieved as a city in my lifetime. But given Brisbane was the only city that wanted the damn thing, doesn’t it seem like something’s crook in Tallarook? Don’t the Olympics need something to make people look up from their phones again? 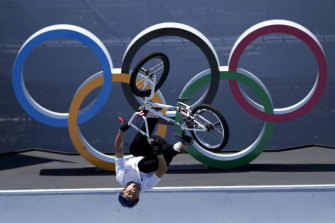 Because it doesn’t matter what the curmudgeonly traditionalists think. The IOC wants it. Brisbane wants it. Emmanuel Macron wants it, and he wants it for Paris 2024.

Bugger tradition. I didn’t pay as much attention in my history classes as I should have, but I don’t think Milo of Croton didn’t know what a bicycle was, never mind competitive BMX.

Why was BMX added? Was it a collective recalibration of what was and wasn’t sport? It was viewership. The IOC saw growing competitive spaces and decided it was better to have them inside the tent.

It’s the same reason wrestling was dropped. It may have returned on the back of its historical value, but it was dropped due to “popularity, finances, tickets sold and governance.” It remains unpopular. 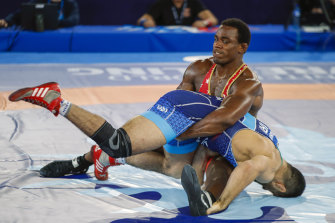 This has gone the way of the dodo.Credit:NTB Scanpix

The games are inherently mutable; they have to be. Adapting to the sport of the day is precisely what brought the Olympics back to life in 1896. How far would it have gone if tennis, shooting, and fencing were excluded?

The detractors point to the magnificence of moments like Cathy Freeman in the 400m and the way the country wept with joy at her triumph. Can Esports match those heights? It can’t … yet.

There is no moment in the history of Esports that compares to Freeman’s gold. But there are moments in Esports competition where a stadium erupts with the sort of passionate fervour anyone would mistake for a “real” sport.

Google “The Play – multicam edition” from the 2012 International. Watch the crowd simmer to a boil in the space of seconds. Hear the rising pitch in the commentator’s voice, the sheer excitement he’s trying to suppress long enough to speak. Watch the crowd get to their feet and positively roar. 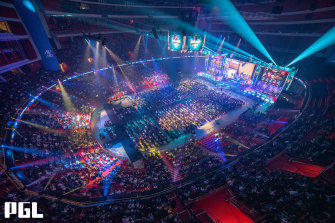 Yes, Esport “athletes” are often motionless, manipulating little else than their fingers. But how is it different to archery? To shooting? Physical exertion is a silly metric for what is and isn’t a sport.

And speaking of shooters, how is pulling of a trigger at the right moment in the right spot any different to the click of a mouse.

No doubt there’ll be challenges, but they will be addressed next year when the IOC sponsors the Olympic Virtual Sport festival in Singapore.

Naysayers can cling to antiquated notions of what is and isn’t a sport, and you can watch the Olympics wither and wane. Or you can accept sport is changing, and so is its audience.

I don’t need to get off your lawn. It won’t be yours for long.

Jake FitzSimons is a gaming journalist based in Sydney and editor of Commander’s Herald.

News, results and expert analysis from the weekend of sport sent every Monday. Sign up for our Sport newsletter.