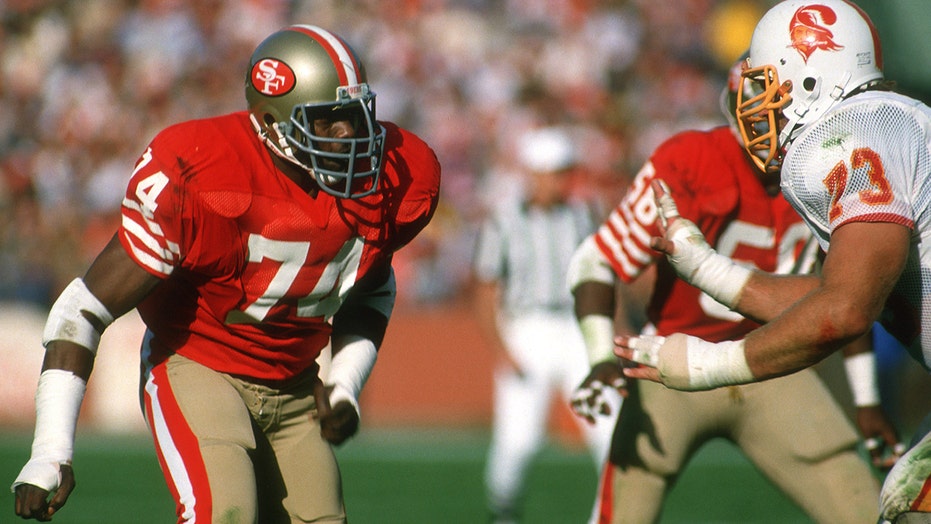 Fred Dean, a Hall of Fame defensive lineman who played for the San Francisco 49ers and San Diego Chargers, died at 68, according to multiple reports.

According to the Sacramento Bee on Thursday, Dean died from coronavirus. Dean’s former teammate Dwight Hicks had written on social media last week that Dean was battling the illness.

Dean was a four-time Pro Bowler, two-time All-Pro and two-time Super Bowl champion. He spent more than six seasons with the Chargers before he was traded to the 49ers in 1981. The Chargers selected Dean with the No. 33 pick of the 1975 draft out of Louisiana Tech.

With the Chargers, Dean was on a defensive line known as the "Bruise Brothers." He worked alongside Gary Johnson and Louie Kelcher. But Dean was traded to San Francisco after a contract dispute with ownership. He would spend his last few years with the Niners before retiring after the 1985 season.

During Dean’s time, sacks were not an official stat in the NFL. The Pro Football Hall of Fame credits Dean with 93 unofficial sacks. Pro Football Talk noted that his six-sack game in 1983 would be the most in a game ever until Derrick Thomas would set the official mark in 1990.

He started in 83 of the 141 games he played during his NFL career and recorded one interception. He is in the 49ers and Chargers Hall of Fames and the Louisiana Tech Athletic Hall of Fame.