GABRIEL JESUS left fans wincing as he was sent off for a brutal flying 'karate kick' to the face.

The Brazil striker, 24, saw red for his horrendous challenge on Chile's Eugenio Mena. 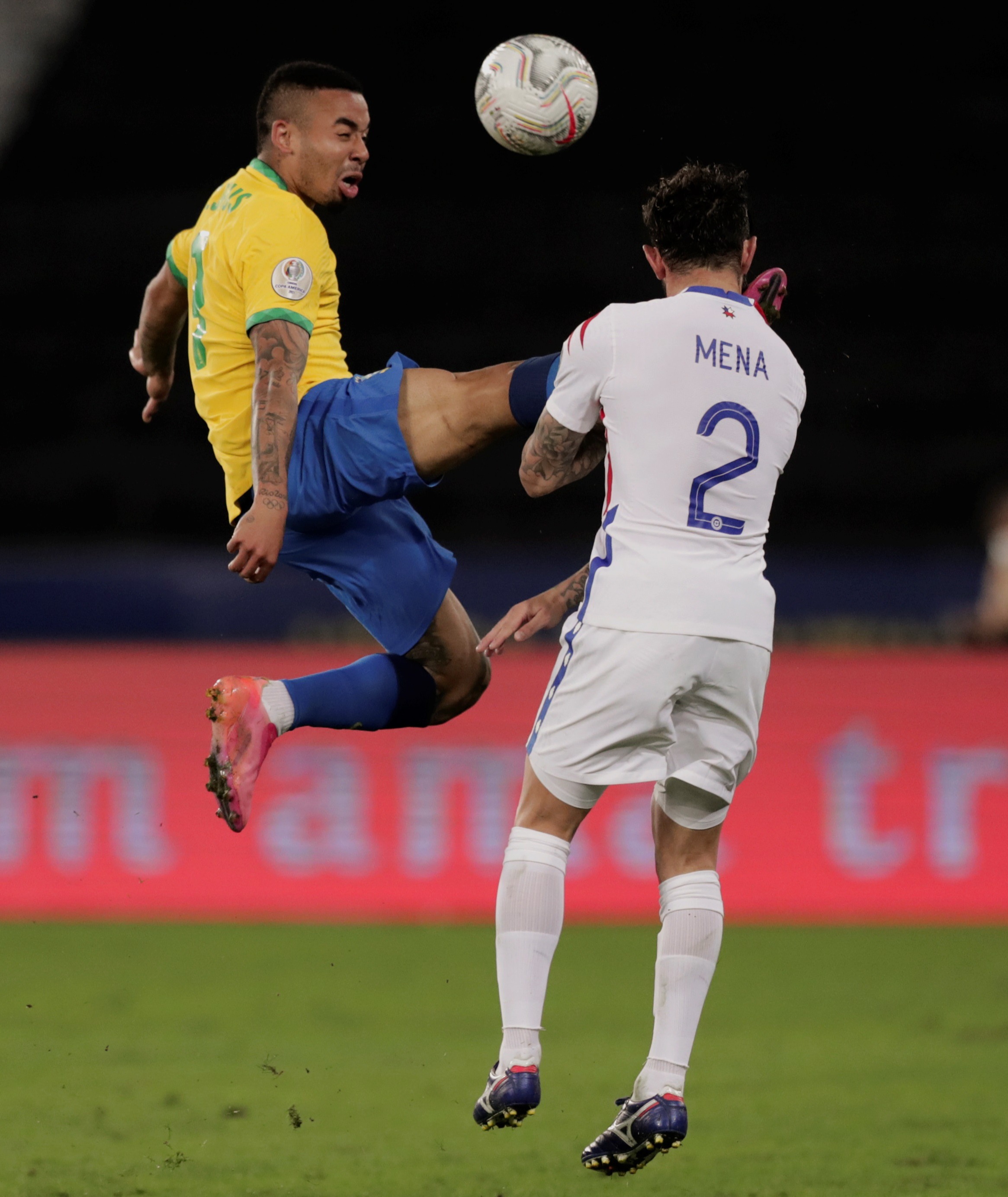 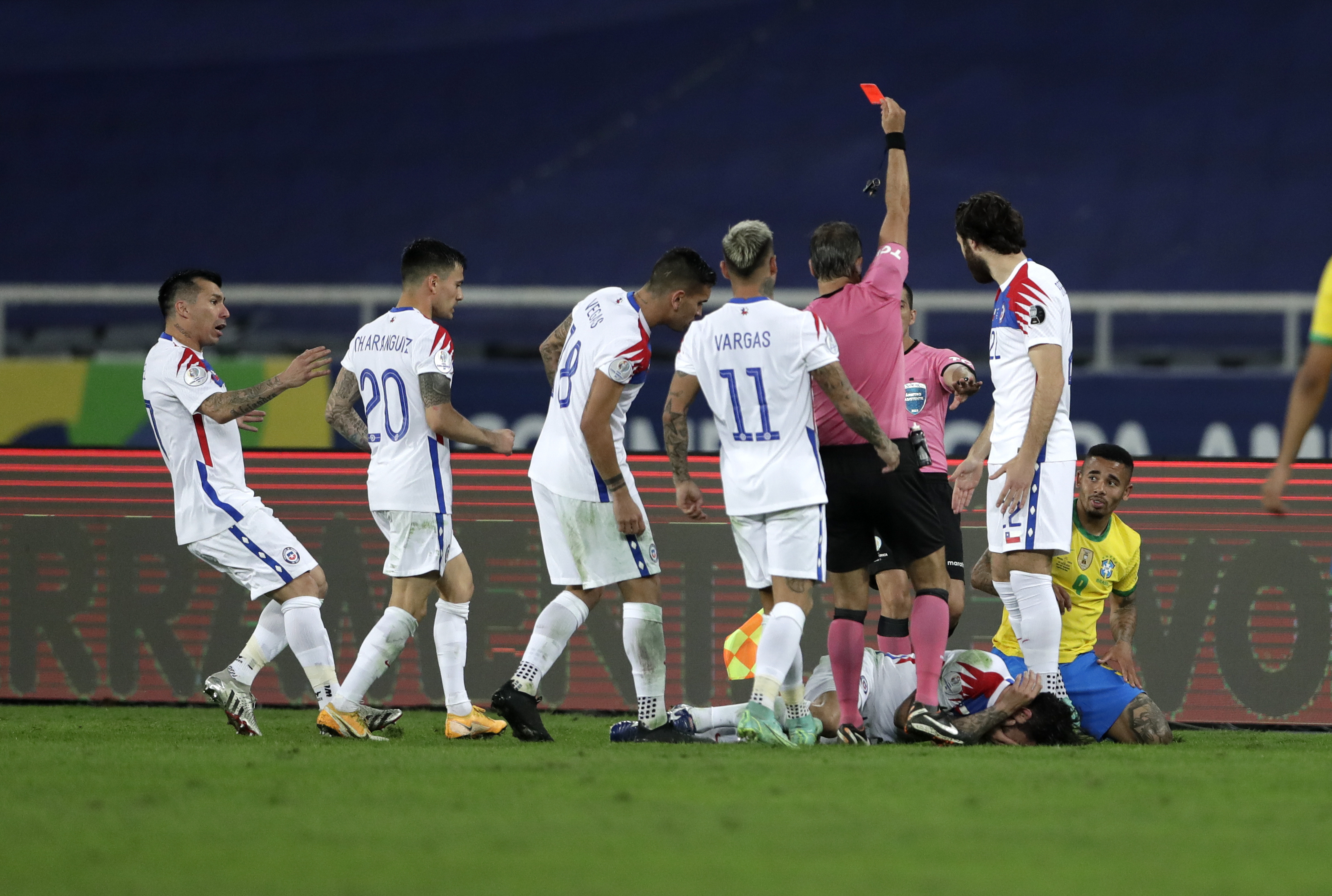 Jesus was aiming to bring down a high ball but got it completely wrong as he studded the left-back after his opponent had headed it away.

Substitute Lucas Paqueta scored the only goal of the game in the 46th minute before more drama at the beginning of the second half.

On 48 minutes, Jesus caught Mena heavily on the face, neck and shoulder with his flailing boot.

He immediately had his head in his hands and offered up absolutely no complaints when the referee brandished the red card.

Team-mate Neymar, who produced some neat skill to set up the winner, jumped to the defence of the Manchester City forward.

He said: "Jesus was just bad luck. He had his eye on the ball, not on the man, and unfortunately, he was sent off."

But fans were shocked by the savage attack – reminiscent of Nigel de Jong's on Xabi Alonso in 2010 – and vented on Twitter.

One said: "There is no one in the right mind would argue about this isnt a straight red."

Another wrote: "Ninja kicks, while awesome, aren't allowed in football."

A third added: "This should be more then a single match ban, this was beyond reckless."

One user commented: "Somebody tell Jesus he's not the karate kid."

And hardman Arturo Vidal hit out at the 'clown' referee for his handling of the match in Rio de Janeiro – despite penalising Brazil for 13 fouls compared to 12 for the Inter star's Chile.

The midfielder raged: "Were very sad, we deserved a lot more.

"In a game like this, you need a referee who wears the trousers, who is fair and who doesn't want to be the match clown.

"We just lacked that goal. If there's a referee that won't let you play, that stops the game all the time, and he thinks he is the star of the show, then it's very difficult.

"But we were beaten by the favourites, the team playing at home. At least we will leave with our heads held high."

Brazil face Peru in the semi-finals on Tuesday night after their entertaining penalty shootout win over Paraguay.

It finished 3-3 after 90 minutes with both sides reduced to ten men. 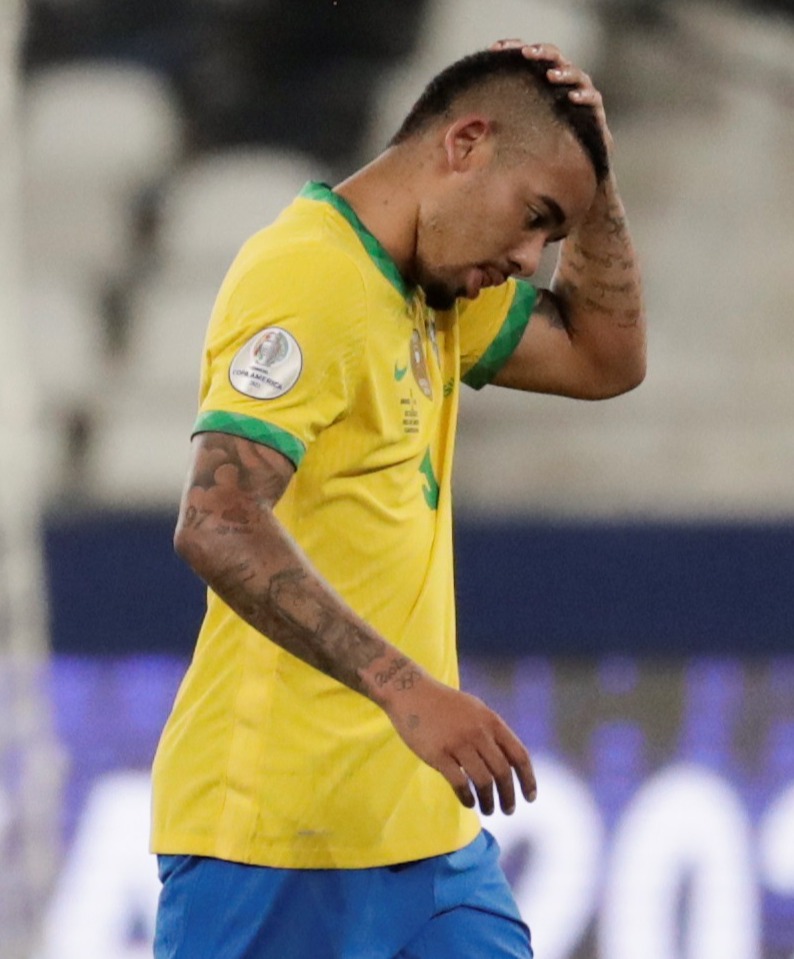 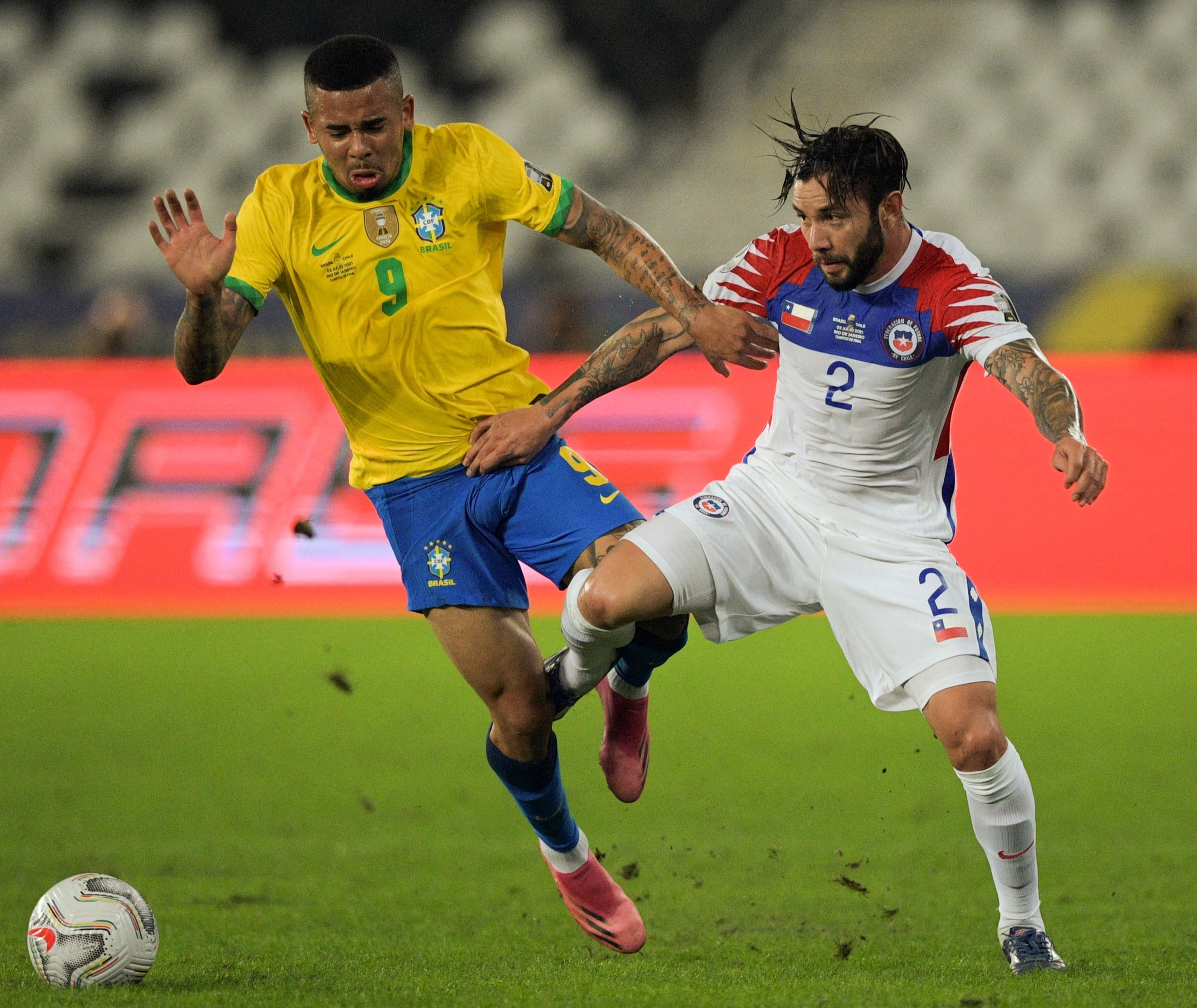 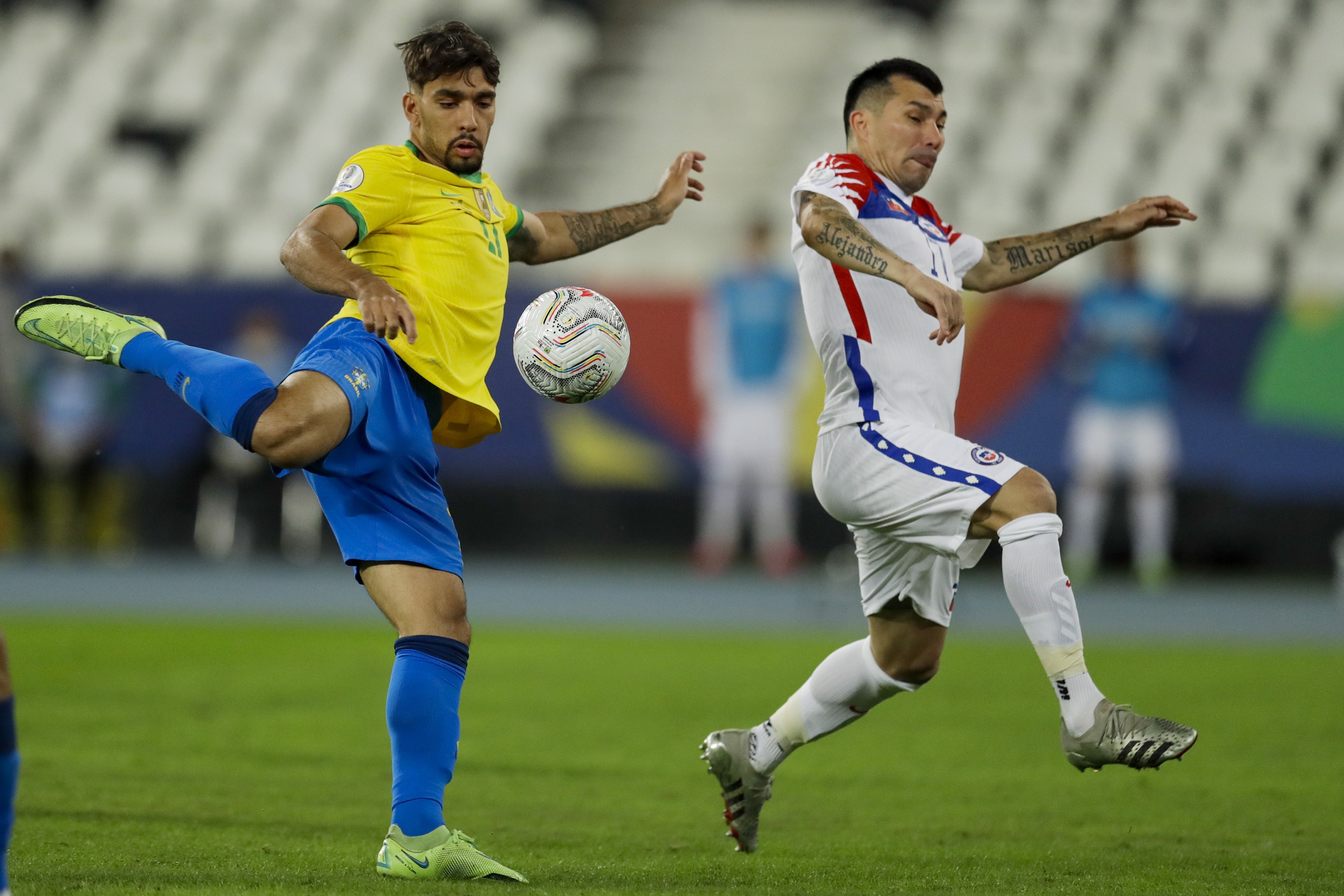