The Mercedes star, 36, overtook British rival Lando Norris, 21, to win the Russian GP and reclaim the lead in the Drivers' Championship. 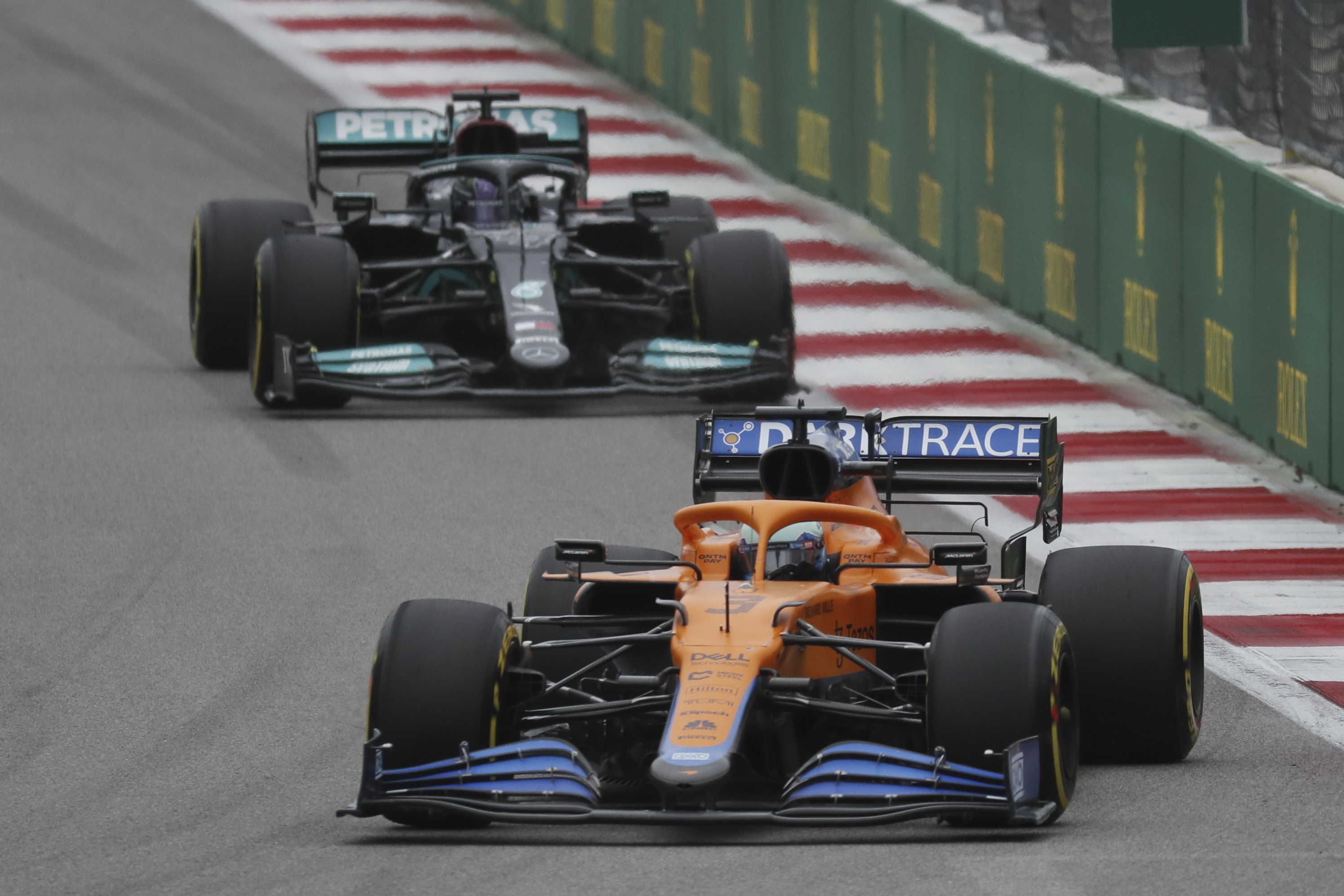 Bristol-born Norris led for much of the race after starting on pole but couldn't claim his maiden F1 victory in the McLaren.

Norris was ordered to pit with just a few laps remaining as heavy rain descended on Sochi but refused and paid the price.

Hamilton did change his tyres and was able to take the lead when Norris span off, becoming the first driver in history to win 100 F1 races.

A heartbroken Norris was left to cross the line in seventh but deserved so much more on a disappointing afternoon in Russia.

Hamilton has regained the lead at the top of the Drivers' Championship but Verstappen in the Red Bull is just two points behind him.

Hamilton told the press: "Lando did such an amazing job, he had such incredible pace.

"He's doing such a great job for McLaren – this was bittersweet. It's nice to see my old team ahead."