WWE were forced to scramble backstage at WrestleMania 37 after poor weather conditions caused delays to the show.

Fightful Select described the 'chaotic' scenes that played out during the 35-minutes of unscripted content that kicked off the Show of Shows. 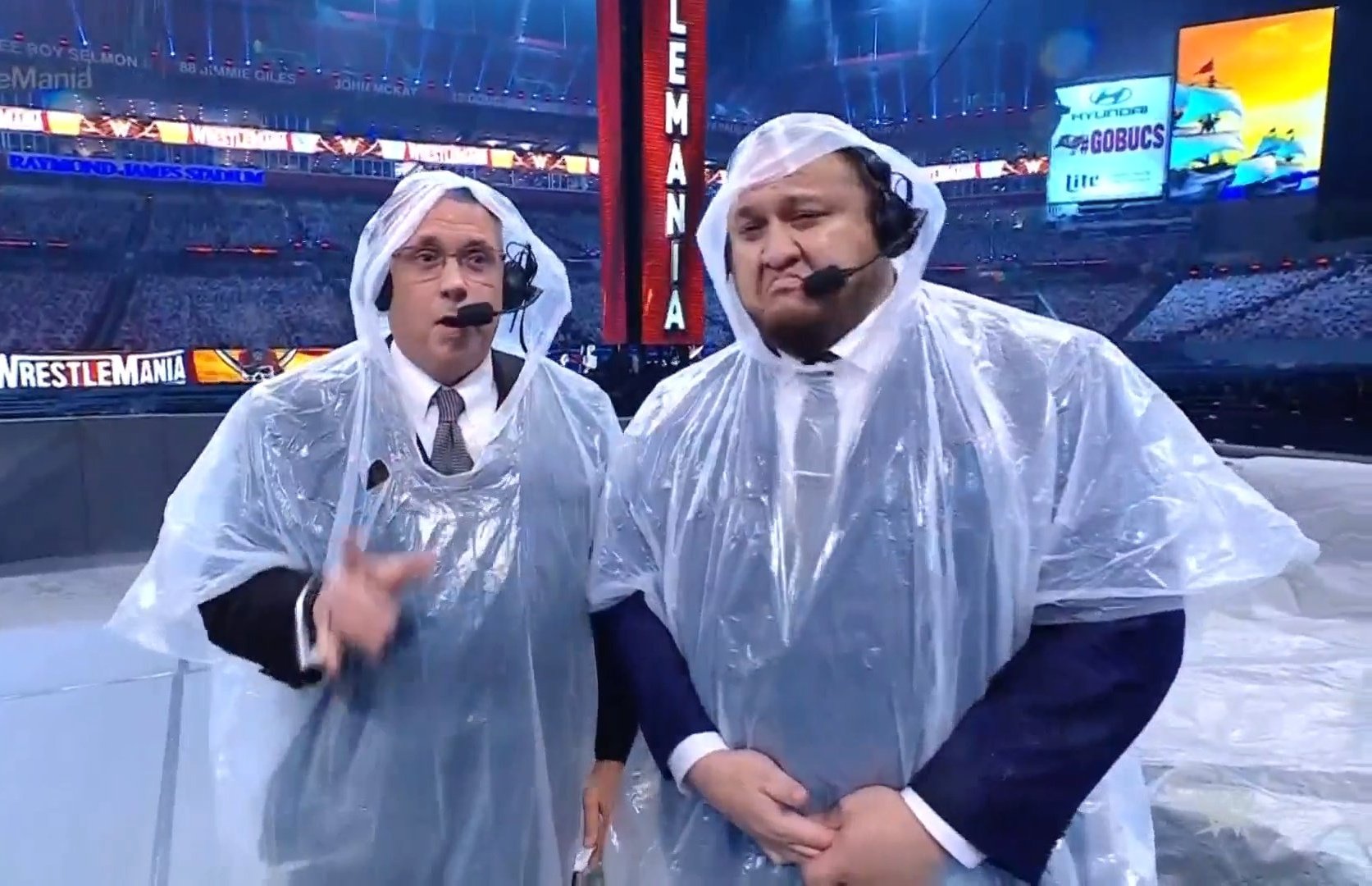 Vince McMahon's company instead had wrestlers cut improvised promos at the start of WrestleMania night one on April 10th.

The report adds that the likes of Seth Rollins and Drew McIntyre were sent to address the viewers with minimal instruction.

That meant they were put on the spot to garner hype for the show due to the on-the-fly changes while others pitched their own ideas.

WWE officials are said to be satisfied with what eventually was put on screen and happy with their stars for handling a difficult situation.

Fightful also refuted the idea that McMahon and Co considered airing actual matches backstage if the rain caused 'Mania to be postponed.

WWE has since edited the entire weather delay from the night one upload on the WWE Network.

SunSport previously reported that the company's WrestleMania plans were thrown into chaos by heavy storms.

WWE welcomed fans back for the first time in over a year – but poor weather forced those inside the Raymond James Stadium to be evacuated.

After an hour under shelter, fans were able to return to their seats with the event going ahead without further issues.

WWE are now reportedly planning to hold SummerSlam in front of a live crowd following the overall success of WrestleMania 37.

Fans meanwhile have been busy begging McMahon to reconsider reverting back to a single show for 'Mania 38 next year.