Home » Sport » It Will Be Federer vs. Nadal in the French Open Semifinals

Next up: Rafael Nadal, Federer’s most symbolic rival, who has won the French Open 11 times and is 5-0 against him at Roland Garros.

“My next opponent is pretty good,” Federer joked after his emotional victory over Wawrinka on the Suzanne Lenglen Court. “He knows how to play on clay, sadly.”

He has lost only one set in five rounds, and it came against Wawrinka, 34, who beat Federer in straight sets in the quarterfinals of the 2015 French Open. 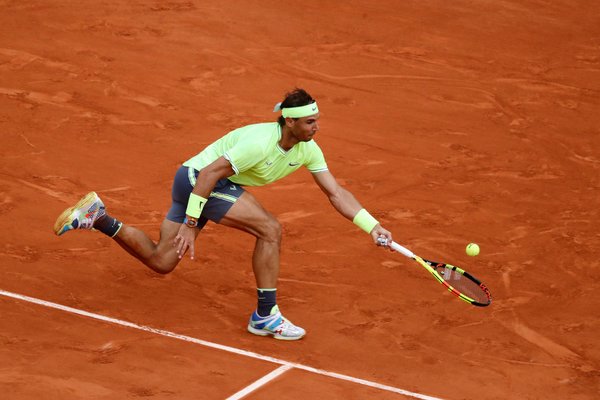 But Federer turned the tables Tuesday, varying his tactics by mixing in serving and volleying and by luring Wawrinka to the net with crisply sliced backhands that skidded low on the clay.

Wawrinka won a classic five-setter over Stefanos Tsitsipas on the same court in the fourth round, but managed to push through the fatigue to mount a serious challenge to Federer.

Federer had his shaky moments, and both players had to gather themselves after a rain delay that came with the score tied at 3-3 in the fourth set and lasted more than an hour.

After the match resumed, Federer broke Wawrinka to go up, 5-4, then worked his way through a nervy game, which included two double faults, to finish off the victory with a forehand volley winner.

“I don’t have another choice against Stan,” Federer said of his decision to mix spins and tactics. “He’s so powerful, and he moves so well on clay. It’s always tricky to try to volley, but in the end the risk paid off.”

His match ended minutes after the second-seeded Nadal’s comprehensive 6-1, 6-1, 6-3 victory over Kei Nishikori.

The result was not surprising, considering Nadal’s record at Roland Garros and against Nishikori, against whom he is now 11-2. The ease of the win could not have been much of a surprise, either. The seventh-seeded Nishikori did not finish his five-set, fourth-round match against Benoît Paire until Monday afternoon, about 25 hours before he took the court against the greatest clay-court player in history.

Federer and Nadal have played each other 38 times in their careers, with Nadal leading the series by 23-15. But they have not played since 2017 and have not played at Roland Garros since the 2011 final, which Nadal won in four sets.