Versatile Arsenal man Saka, 19, was breaking late on when the veteran defender hauled him to the ground by the scruff of his shirt. 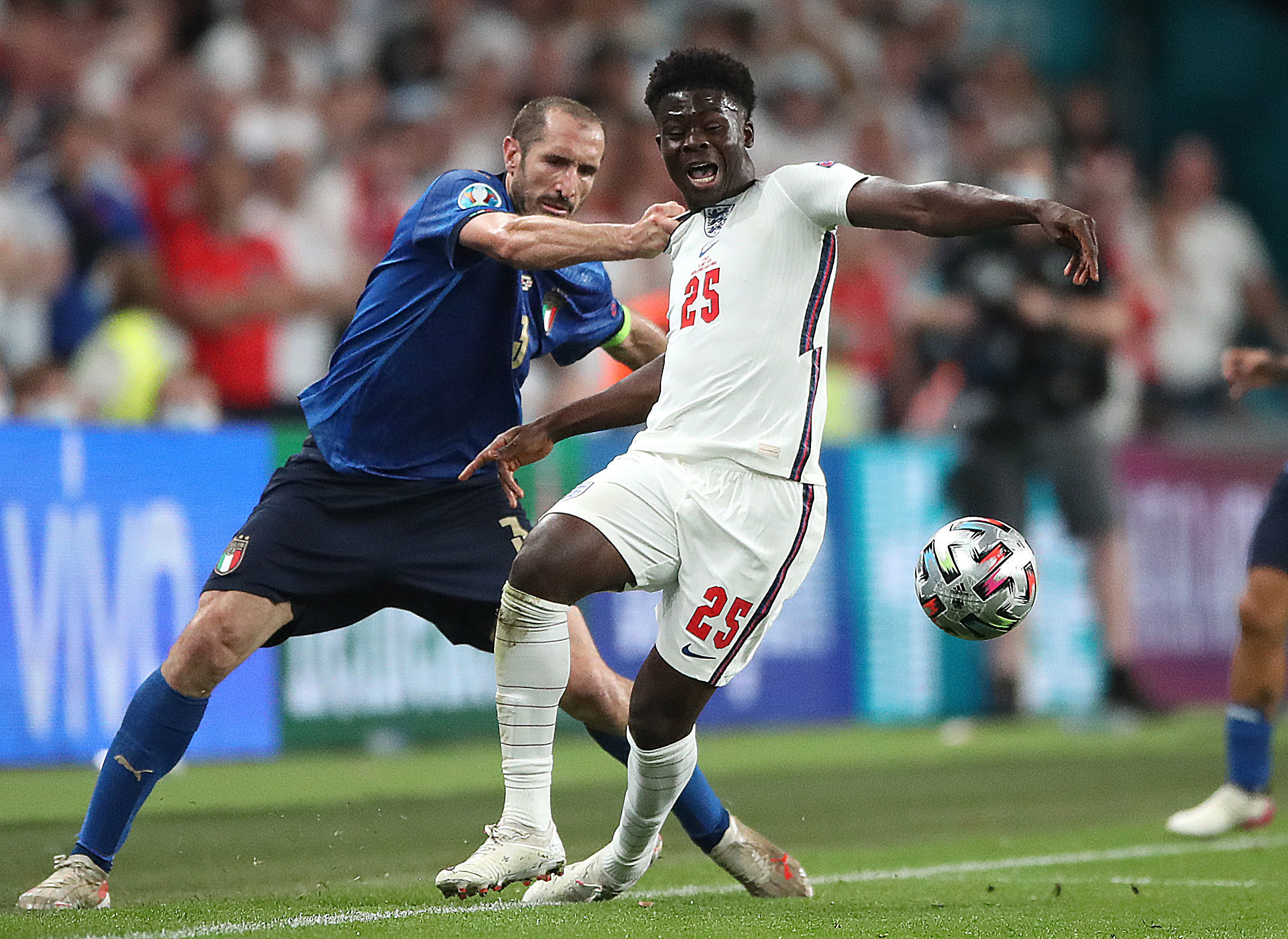 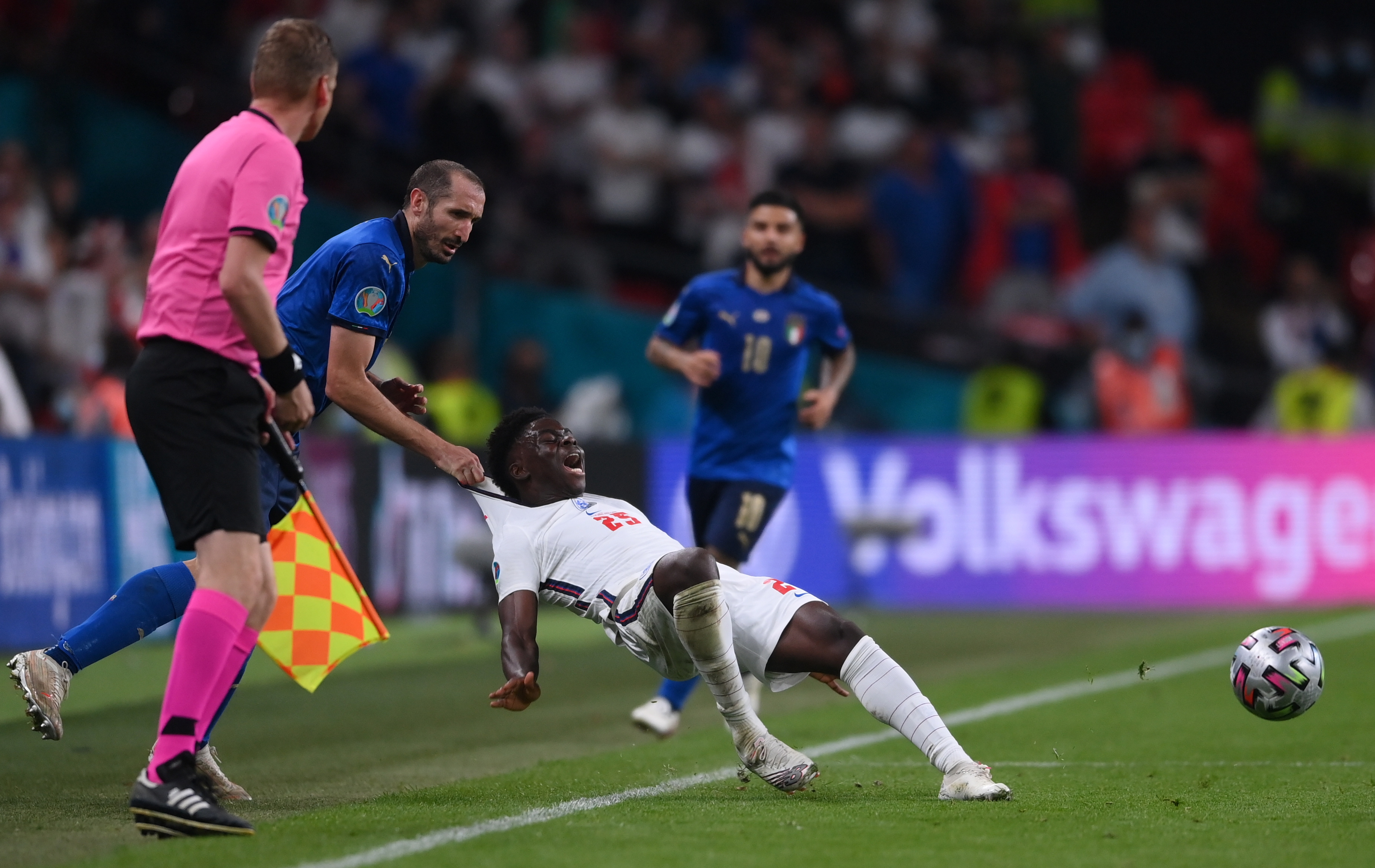 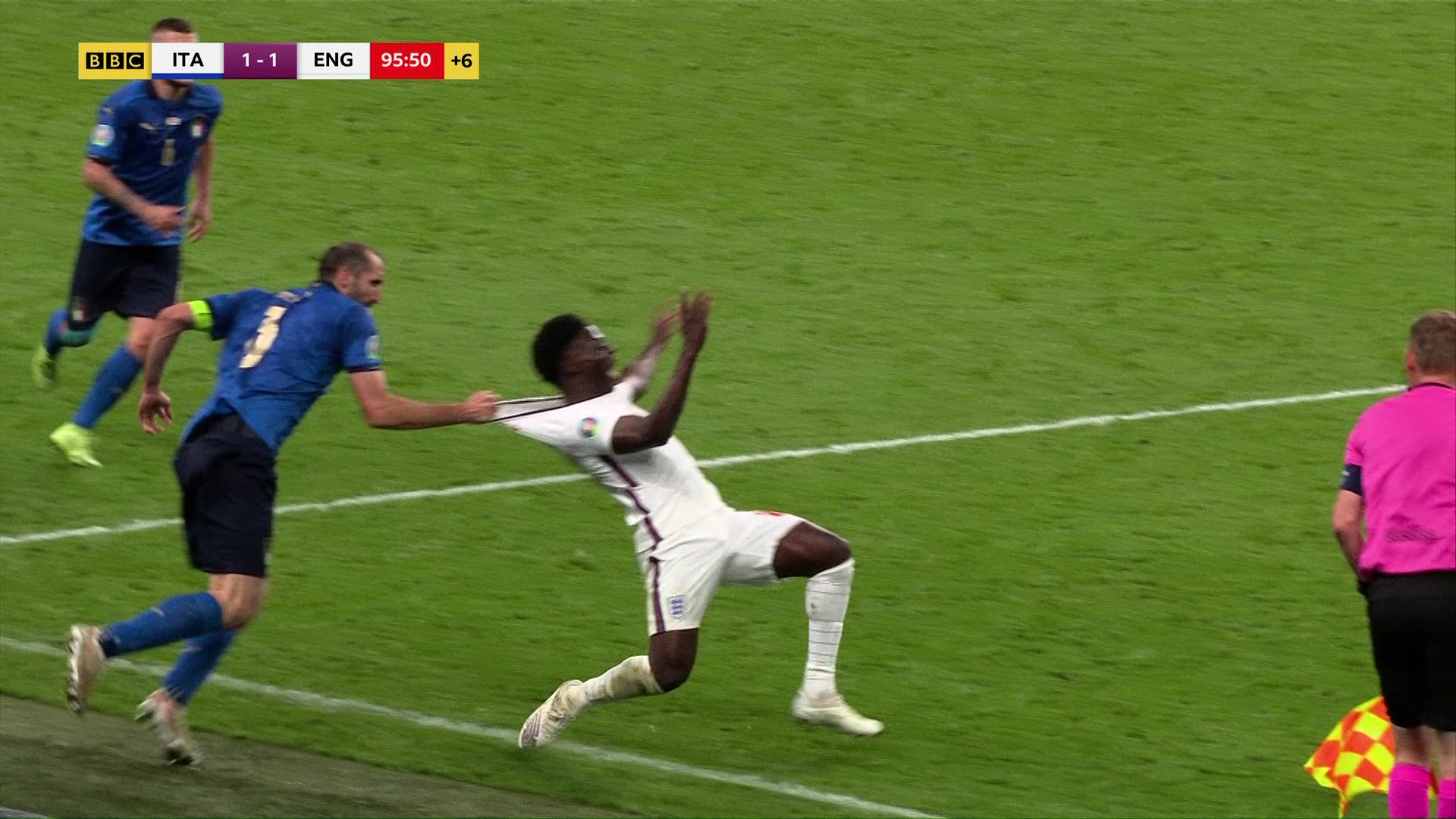 The Three Lions hero had been sent on as a late substitute after Italy pegged back England's early lead through Luke Shaw.

With the game seemingly destined to go to extra-time, Chiellini misjudged the flight of a long clearance near the byline.

Speedy Saka nipped in front of the 36-year-old and looked to be on the break for England late on.

Yet wiley Chiellini grabbed the youngster around the neck to haul him to the ground and then cheekily offered his hand – which Saka initially snubbed before the pair embraced.

However,England fans were fuming with the Italian's late foul, as one wrote: "Someone tell Chiellini that Saka is just 19-years-old."

Another said: "Chiellini should be off!

A third added: "That was DISGUSTING on Saka! RED CARD!!!"

England fans were similarly fuming after spotting an Italy 'handball' in the build up to their equaliser.

Leonardo Bonucci equalised in the 67th minute after Luke Shaw had earlier netted for England after just TWO minutes.

It was no more than Italy deserved after England could barely get hold of the ball.

But Three Lions fans were adamant Bryan Cristante handballed in the build up to Bonucci's slotting home.