JADON SANCHO is being used a right wing-back in Manchester United training, according to reports.

The Red Devils paid £73MILLION for the right winger this summer but he has struggled for form and game time since and is now being tried in a new role. 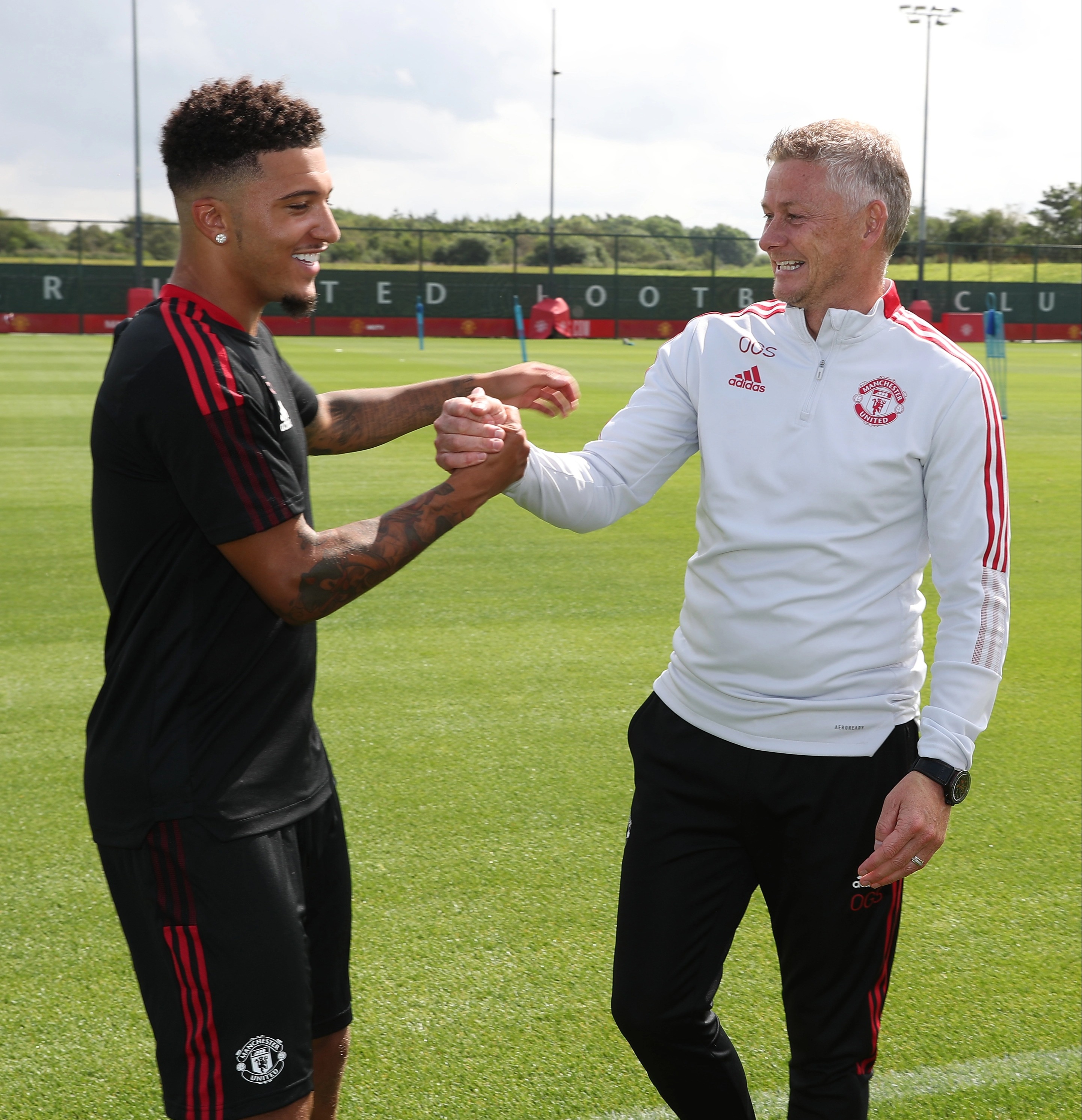 Ole Gunnar Solskjaer is under severe pressure having lost six of his last 12 games in charge.

And unfortunately, his big-money signing has not been much help in stopping the rot.

The 21-year-old has played just 13 times for a grand total of 564 minutes this season.

He has only played a full 90 minutes once – the 1-0 League Cup home defeat to West Ham.

There are several mitigating factors for his early struggles, according to the Athletic.

And while his attacking contributions have been non-existent, he has shown impressive defensive diligence when he has featured.

And he showed flashes of defensive intelligence to keep the scoreline at just 2-0.

As a result of such displays, United coaches have reportedly used him as a right wing-back in training in preparation for future use of the 3-4-1-2 system Solskjaer used against City.

Aaron Wan-Bissaka has been criticised for his lack of attacking prowess from the right side of defence.

And there is a feeling Sancho could prove an important weapon instead of the former Crystal Palace man if United are required to adopt a defensive approach in future.

Fans were split in the comments, but one particularly disgruntled supporter said: "Coaches have tried Sancho as a right wing-back. What the actual f***?!?!

"We trailed a player for three years, stuck him on the bench and then look to play him in a totally unfamiliar position to the one he has played his entire professional career.

"Nothing is making sense at the moment.

"Owners have their fair share of blame for long term issues, but the s**** that’s on the pitch is all down to the manager downwards."