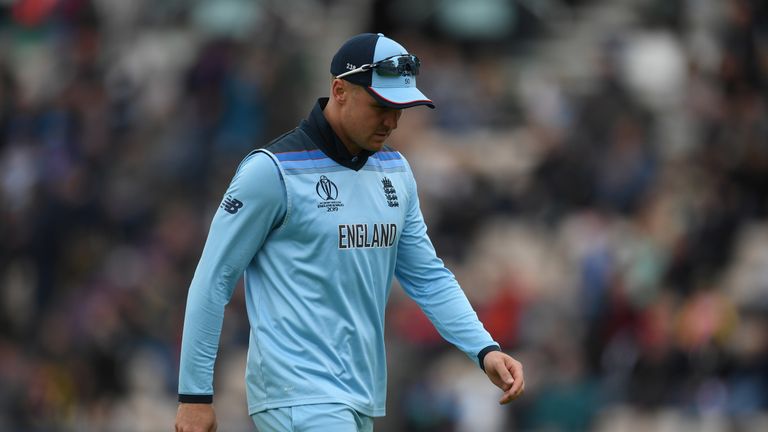 Jason Roy will miss England’s next two World Cup matches after a scan confirmed he tore his hamstring against the West Indies last Friday.

The opening batsman left the field during the match with tightness in his left hamstring and, while he will continue to be assessed, he has been ruled out of the games against Afghanistan on Tuesday and Sri Lanka on Friday.

England have received better news regarding captain Eoin Morgan, however, who also left the field against the West Indies after suffering a back spasm.

He underwent a scan and received further treatment this weekend. England say the spasm has settled down and he will continue to be monitored over the next 24 hours ahead of the game against Afghanistan.