He played in the World Series with the 1978 Yankees and the 1981 Dodgers, but he was best known for his imaginative stunts. He died of Covid-19 complications. 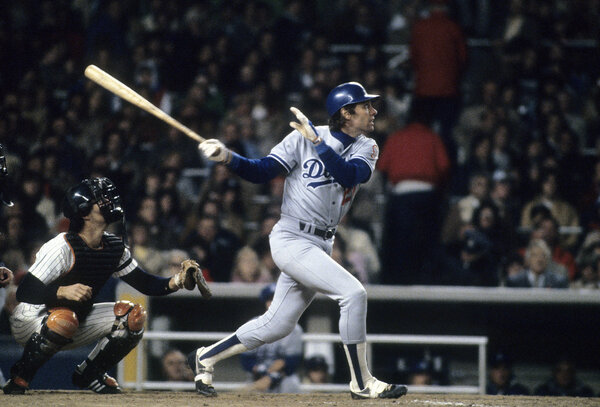 This obituary is part of a series about people who have died in the coronavirus pandemic. Read about others here.

Jay Johnstone spent 20 seasons as a major league outfielder and played in the World Series for the 1978 Yankees and the 1981 Los Angeles Dodgers.

Although he had a solid career, he was never an All-Star and often saw only part-time action while playing for eight teams. When he died on Saturday in Grenada Hills, Calif., at 74, he was remembered chiefly for his greatest hits when he wasn’t wielding a bat.

Jay Johnstone was among baseball’s most creative pranksters.

His finest moment in the batter’s box came when he delivered a pinch two-run homer in the sixth inning of Game 4 of the 1981 World Series, helping to propel the Dodgers to an 8-7 victory over the Yankees that tied the Series at two games apiece. The Dodgers won the championship in six games.

“When the game was on the line, he was able to transform that little 7-year-old child that was always in a playful mood into serious,” said Rick Monday, Johnstone’s former Dodger teammate and now a broadcaster for the ball club. “If the team was in a spot where you felt your backs were against the wall, he was one of the reliable guys.” 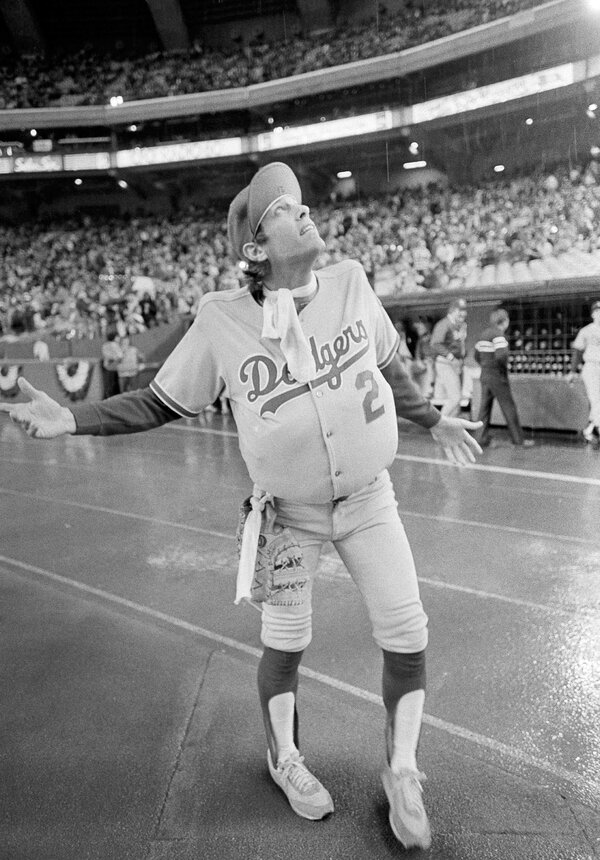 Johnstone’s most ambitious stunts, like his most memorable at-bat, came as a Dodger.

During a game against the Pittsburgh Pirates in 1981, he and the pitcher Jerry Reuss dressed up as groundskeepers and joined the grounds crew in grooming the infield in the fifth inning. Then they rushed back to the locker room to change back into their uniforms.

As Reuss told The Los Angeles Times upon Johnstone’s death, Manager Tommy Lasorda was so angry that he wouldn’t let Johnstone get comfortable and ordered him to hit for the pitcher.

“Jay went up and hit a homer,” Reuss recalled. “Who in the history of baseball has dragged the infield in the fifth inning and hit a pinch-hit homer in the sixth?”

During the Dodgers’ 1982 spring training camp in Vero Beach, Fla., Johnstone locked Lasorda in his motel room one evening, after Lasorda had gone to bed, by tying a rope from his doorknob to a palm tree. Lasorda was freed by a laundryman who heard his hollering, and he made the team bus just in time for a trip to Orlando for an exhibition game.

John William Johnstone Jr. was born on Nov. 20, 1945, in Manchester, Conn. His father, an accountant, and his mother, Audrey (Whebell) Johnstone, moved the family to Southern California when Jay was a child, and he starred in baseball, basketball and football at Edgewood High School in West Covina.

Johnstone was signed by the California Angels in June 1963 and made his major league debut with them in July 1966. In addition to the Yankees and the Dodgers (with whom he did two stints), he played for the Chicago White Sox, the Oakland A’s, the Philadelphia Phillies, the San Diego Padres and the Chicago Cubs. A left-handed hitter, he had a career batting average of .267, hit 102 home runs and drove in 531 runs.

After his playing days were over, Johnstone was a broadcaster for ESPN, the Yankees, the Phillies and Fox. He told some of his favorite stories in collaborating with Rick Talley on the books “Temporary Insanity” (1985), “Over the Edge” (1987)” and “Some of My Best Friends Are Crazy” (1990).

A former Marine Corps reservist and the son of an Army veteran who saw combat in the Pacific during World War II, Johnstone in 2010 became a spokesman for the newly created Hope for Heroes organization, whose programs benefit veterans with physical or emotional problems.

Johnstone’s daughter, Mary Jayne Sarah Johnstone, told The Associated Press that he died at a nursing home, where he had been treated for dementia. She said the cause was complications of Covid-19.

His other survivors include his wife, Mary Jane (Saunders) Johnstone, who was an actress before their marriage in 1967; and a sister, Sandy Clairmont.

With the passing of time, Johnstone noticed that pranksters were disappearing from the baseball scene.

Players “can’t afford to do anything crazy, because they’re afraid it will end up in the papers and make them look bad,” he told The Reading Eagle of Pennsylvania in a 1990 interview. “I couldn’t have the overall, wide fun that I used to have when you were able to get away with a lot more. Times change.”