Home » Sport » Jim Fassel Bridged Giants Eras With a Smile. And, Once, a Rant.

It was the day before Thanksgiving in 2000, and Giants Coach Jim Fassel, who looked like a librarian and generally behaved like the winsome air-conditioning salesman he once was, had a wild, restless look in his eye.

His Giants, two weeks earlier a shoo-in for the N.F.L. playoffs, had been booed off the field after two consecutive ugly home losses. Their postseason prospects were now dim, a mutiny was brewing in the locker room and management was agitated.

Fassel, who died on Monday at age 71, stepped to the rostrum for what was normally a pro forma news conference, and in a fiery tone barked: “I’m raising the stakes right now. This is a poker game, and I’m shoving my chips to the middle of the table. I’m raising the ante, and anybody who wants in, get in. Anybody who wants out can get out.”

Fassel then guaranteed the Giants were going to the playoffs.

Or, as I wrote that day: Jim Fassel, the Mister Rogers of football coaches, tore off his cardigan today, tied it around his head and joined the Hell’s Angels.

Two days later, standing with Fassel in the bowels of the old Giants Stadium, I wondered what had gotten into the guy nicknamed Gentleman Jim.

“If this doesn’t work out, you’re going to get fired,” I said.

“I was going to get fired before I did this,” he answered. “Now we’ll see what happens.”

The Giants won their next seven games, including a 41-0 rout of the Minnesota Vikings in the N.F.C. championship game — a contest that almost no one thought the Giants could win.

They did lose big to the Baltimore Ravens in the ensuing Super Bowl when they couldn’t handle Ray Lewis, which was hardly uncommon back then.

Most remembrances of Fassel are short on details after the Super Bowl defeat, and it’s easy to underrate Fassel’s role in bridging the gap from the Giants’ successes between 1986 and 1990 to the Tom Coughlin and Eli Manning championships roughly 20 years later. But Fassel should not be overlooked for leading a pivotal franchise renaissance out of the Giants’ dark period. In the two seasons before he arrived as head coach in 1997, the team was 11-21 and the heyday of Phil Simms and Lawrence Taylor seemed as distant as the days of Frank Gifford and Y.A. Tittle.

The year Fassel took over the Giants, the Jets hired Bill Parcells. A national magazine put pictures of both coaches on the cover of its preseason issue, except Parcells took up 90 percent of the page with Fassel appearing in a one-inch head shot positioned over Parcells’s shoulder. He was labeled, “the other guy.” 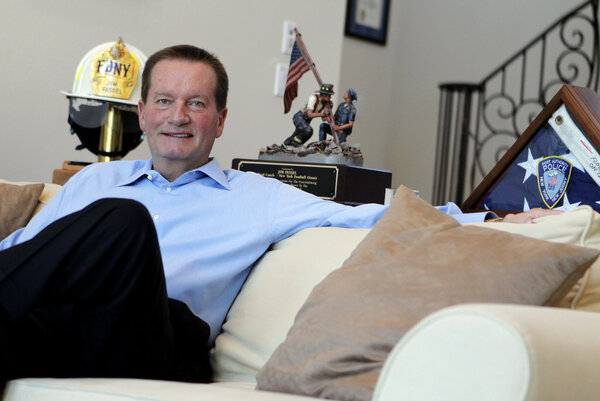 The other guy took the Giants to the playoffs and won the 1997 Associated Press Coach of the Year Award. He instilled some accountability, screaming at his team after their first preseason defeat that year.

“Nobody could have missed that message,” cornerback Jason Sehorn said. “One preseason loss and he was ballistic.”

Fassel’s tactics, however, were usually strategic and thoughtful. Although he was an offensive guru, he let defensive leaders like Jessie Armstead and Michael Strahan take the helm of the team on the sideline because they were outspoken and commanded more respect from their teammates than a coach ever could.

At the same time, while Fassel was raised in Southern California and had a laid-back vibe, he understood the territory and landscape of his workplace. Especially in his first few years with the Giants, he grasped that the team was at its best when it reflected the gritty, blue collar ethos promoted by Parcells, the northern New Jersey native. As an assistant for two years to the erudite but miscast Ray Handley, who replaced Parcells as Giants coach in 1991, Fassel had witnessed a failure of style in the Meadowlands.

“The man has a mean streak,” Armstead, who was no softy, said of Fassel in 1997. “‘You really don’t want to mess with him. He goes after people. You should see him.”

Fassel will also be remembered for his active, energetic appearances at ground zero in Lower Manhattan a few days after the Sept. 11 attacks.

“I just walked around talking and shaking hands with the people working down there,” he said at the time. “They looked like they hadn’t slept in days, they were dirty and drained. I stayed as long as I could just saying, ‘Thanks for what you’re doing here.’”

In Fassel’s tenure, a wealth of top Giants talent was developed: Amani Toomer, the franchise leader in receptions; Tiki Barber, the team’s career rushing leader; and Kerry Collins, the only quarterback in 96 years of Giants history to throw five touchdowns in a postseason game.

An argument could be made that the high-powered 2002 Giants offense that vaulted to a 38-14 third-quarter lead in a wild-card playoff game in San Francisco might have been Fassel’s best team. When they blew the lead and lost by a point, it was as if those Giants, and Fassel, never recovered. The next year’s team won only four games.

He resigned with a 58-53-1 record and days later was on the verge of being named the head coach at Washington when Joe Gibbs, who won three Super Bowls there, stunned the team owner Dan Snyder by expressing his desire to come out of retirement at 63.

There was never another N.F.L. head coaching job offered to Fassel.

He was not cut from classic football coach cloth. He smiled too easily, told corny stories, tried to get away from football when he could and wanted people to like him. But he won a lot of games, made an important contribution to a storied N.F.L. franchise, earned the devotion of scores of players and, in fact, succeeded in winning over most everyone who met him.

About 10 years ago, I had breakfast with Fassel and asked him if he saved his notes from his now-famous Thanksgiving eve speech from 2000. You know, the stuff about the poker chips, raising the stakes and having no fear.

“I never wrote anything down,” he said, laughing. “I just knew I had to put myself in the cross hairs — and nobody else. I had to kind of cause a distraction. So I just winged it.”