EVERTON goalkeeper Jordan Pickford was up to his old tricks after having West Ham's penalty takers listed on his water bottle.

The 27-year-old has become renowned for the cunning manoeuvre having utilised it to great effect in England's World Cup last-16 penalty shootout victory over Colombia.

And he was at it again in the Nations League clash against Croatia in 2018, as well as the friendly against America the same year.

He even repeated his bottle trick for the Euro 2020 final against Italy where he stopped two spot-kicks in the eventual shootout defeat.

Cameras on Sunday at Goodison Park showed Pickford is continuing to take secret notes of the opposition.

On the water bottle, the names of Mark Noble, Michail Antonio and Declan Rice can be seen.

The sheet also shows their previous attempts, with a green marker indicating a goal and a red circle showing a missed shot.

But Pickford's research came to nothing as West Ham failed to be awarded a penalty in Merseyside.

And the ex-Sunderland ace was left furious with referee Stuart Attwell after allowing Angelo Ogbonna's headed winner to stand.

The Italian centre-back outjumped Pickford to get on the end of Jarrod Bowen's corner to inflict a first home defeat of the season on Everton.

Pickford complained that he was fouled by Antonio in the build-up to the corner, but Attwell ignored his protests.

Arsenal icon Perry Groves was critical of Pickford following the Hammers' goal as he stated he shouldn't have rushed out from his line.

He told talkSPORT: "I don’t actually know where Pickford is going.

“He makes a decision to come to the near and get involved and he shouldn’t have got involved. 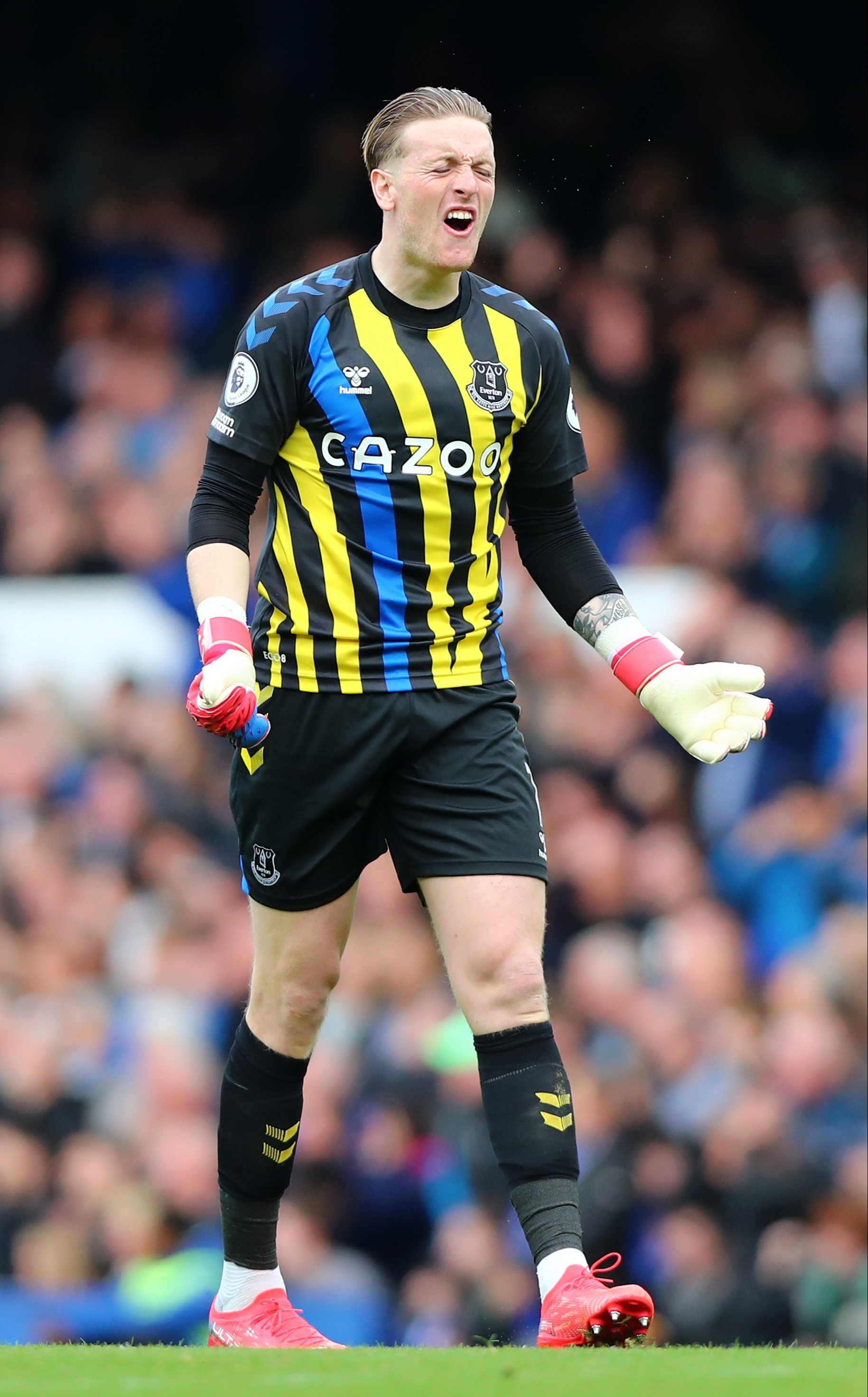 “It’s a great delivery. You’ve got to make sure you defend it better at the near post.

“Jordan Pickford found himself in no man’s land and is running to the referee to deflect from his bad decision.

“I hate when players moan about a bad decision. You can’t do anything about it, defend the corner. You attack the ball and the Everton centre-half didn’t do it.”