KARIM BENZEMA has dropped another huge hint that Kylian Mbappe will sign for Real Madrid.

Paris Saint-Germain star Mbappe has been heavily linked with a move to Madrid and Benzema is desperate for them to play together at club level. 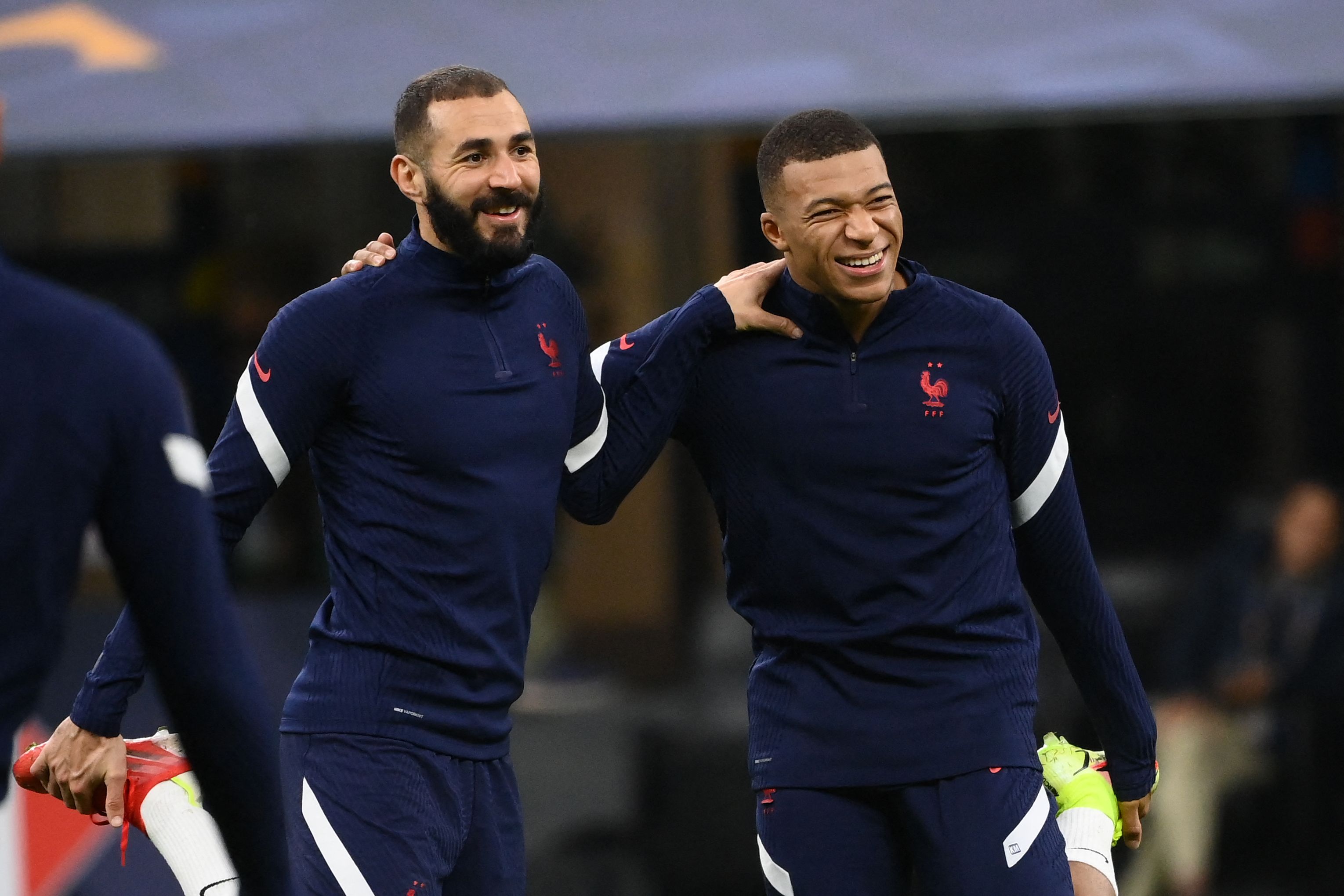 Los Blancos frontman Benzema, 33, said: "I enjoy playing with him in the national team and in the future, why not?

"He’s a great player, but you have to respect PSG.

“I’ve always said it and I’ll say it again; I hope we play together some day.”

Mbappe's PSG contract is up at the end of the season and will leave on a free if he doesn't sign something before.

It is not the first time Benzema has spoken about his friend's future.

He recently said it's 'only a matter of time before Mbappe joins the Bernabeu giants.

Even though Mbappe has previously expressed his desire to join Real, PSG boss Mauricio Pochettino thinks he can be persuaded to stay in France.

He told Marca: "Kylian will make the decision he has to make, and the club will do everything possible to keep Kylian.

"Because we are talking about one of the best players in the world, 22 years old and with great potential.

"Who can think that PSG does not want him to continue here for many more years?

"The club will try to convince and seduce him to continue here.

"PSG as a club has the hope and the ability to seduce him and to offer him things so that he can stay and be happy.

"He has a contract until June 30, 2022, and the possibilities that he can change his mind are there."