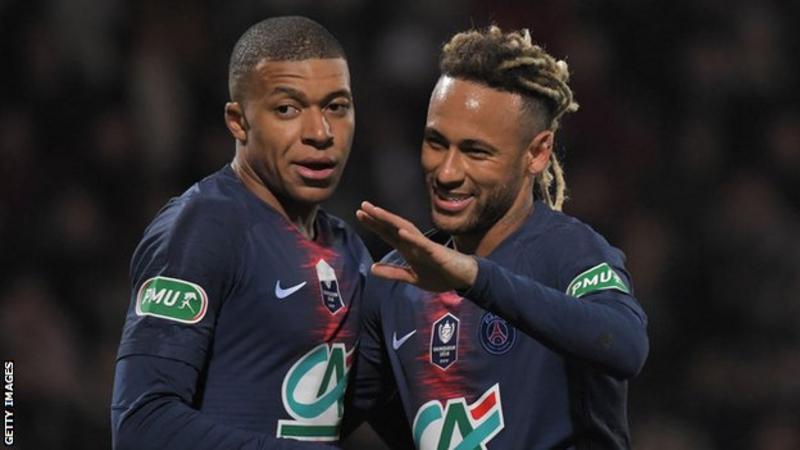 Mbappe, 20, has been linked with a move away from the Parc des Princes this summer, just a year after his permanent move from Monaco.

“I will not let go of this ‘crazy’ player,” Al-Khelaifi said.

He also said “nobody forced” Brazil forward Neymar to sign for PSG amid rumours he is unhappy at the club.

In an interview with France Football, the PSG president said: “I want players proud to wear our jersey, not players who do the job when it suits them.”

World Cup winner Mbappe scored 39 goals in 43 appearances in all competitions for PSG last season, having played for them the previous season on loan from Ligue 1 rivals Monaco.

He recently said he felt he was at a “turning point” in his career and it was time “to take on more responsibility”, and has been linked with moves to Liverpool and Real Madrid.

“He wants to be more involved in our project to grow with the team, the club. But I explained to him that the responsibilities, it does not ask,” Al-Khelaifi said.

“We must go get them, sometimes even tear them away. We do not wait, we provoke.

‘He came knowingly’ – Al-Khelaifi on Neymar

Neymar’s contract in the French capital expires in 2022 but he found himself frequently in hot water last season.

In May, French football authorities banned Neymar for three matches after he lashed out at a fan following defeat by Rennes in the Coupe de France final. He was also reportedly involved in a dressing room incident with his team-mates after a loss to Montpellier.

In May, the 27-year-old was stripped of the Brazil captaincy for the Copa America, just eight months after being handed the armband.

“Those who do not want, or do not understand, we see each other and we talk to each other,” Al-Khelaifi said.

“There are of course contracts to be respected, but the priority now is total membership of our project.

“Nobody forced him to sign here. Nobody pushed him. He came knowingly to join a project.”