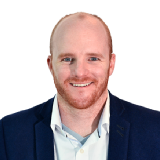 A group attempting to save the Clemson men’s track and field program has hired an attorney and is threatening to sue the university if Clemson’s administration does not reconsider its plan to eliminate the team after this academic year.

Clemson announced in November that it would discontinue its men’s cross country and track and field programs amid budget concerns brought on by the COVID-19 pandemic. Athletic director Dan Radakovich cited financial strain and Title IX issues as factors in their decision to eliminate the men’s program.

Title IX law requires that schools provide opportunities for male and female student-athletes that are proportionate to the overall student population. The Clemson track group, represented by San Francisco-based attorney Arthur Bryant, is arguing that eliminating the men’s team will put the university in violation of the law by providing too few sports options for its male athletes.

Bryant sent a letter Friday on behalf of the group to Clemson president James Clements asking that the school provide a response by March 23. The letter says Clemson’s enrollment is split nearly between genders with men making up 50.01% of the student body. Eliminating the men’s track team, it says, would leave the school with 318 female athletes and only 229 male athletes.

“[U]nless Clemson agrees to preserve the men’s track and field and cross country teams or has some plans for compliance with Title IX we do not yet know, we will seek a preliminary injunction preserving and continuing these teams,” Bryant wrote in the letter.

Bryant was hired by a group of athletes, parents, alumni and advocates who organized in an effort to save the program. Several similar groups at other universities across the country have taken legal action to fight back against their own teams being cut. Since last March, 35 Division I schools have announced plans to shutter, indefinitely suspend or downgrade a total of 115 teams. Twenty-two of those teams have since been reinstated as a result of pushback from athletes and advocacy groups.

Russell Dinkins, a former Princeton runner who has helped organize groups to save track programs at multiple schools including Clemson, said the university’s claims about both financial strain and Title IX rules are “misleading at best and just plain wrong at worst.”

Dinkins also previously filed a Title VI complaint with the Department of Education claiming that the decision to eliminate the men’s track team was a form of racial discrimination. Dinkins argues that cutting the track and cross country teams unfairly targets the majority of Black athletes on campus who do not earn revenue for the school. He said two-thirds of the Black male athletes on campus who do not play football or basketball are on the track team. Dinkins said that the Department of Education is still processing the Title VI claim.

Clemson’s athletic department did not immediately respond to a request for comment Sunday morning. The men’s track team competed in what could have been its final national indoor track championship event over the weekend.