LAZIO named the great-grandson of former fascist Italian dictator Benito Mussolini in their squad for their 4-1 defeat to Hellas Verona on Sunday.

Romano Floriani Mussolini, 18, was part of manager Maurizio Sarri's 23-man squad for the first time as they travelled to the north of Italy to take on Verona. 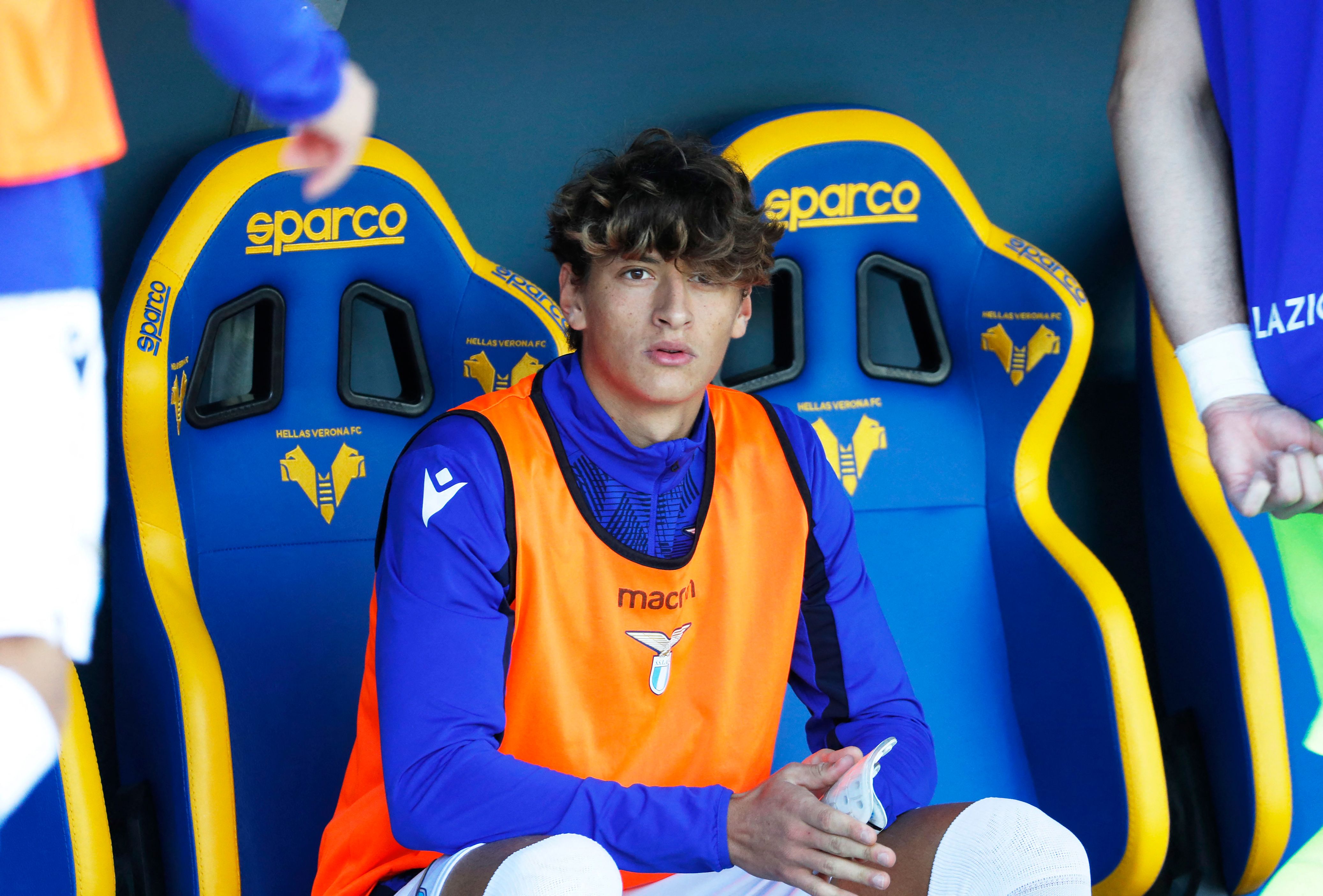 The right-back remained an unused substitute and could only watch on from the bench as his side succumbed to a 4-1 thrashing.

Simeone, nicknamed 'El Cholito' after his father, is on loan from Cagliari and has six goals in his eight games this season.

He was granted special permission by the Italian authorities to use both his surnames, which was not usually allowed at the time of his birth in 2003.

But the young player says he is not bothered by the attention his surname brings, claiming: "Here at Lazio, I'm judged only for the way I play and not because my surname is Mussolini."

The club also claims to be committed to judging Floriani Mussolini based on his footballing ability, according to Lazio youth coach Mauro Bianchessi.

He said: "The burdensome surname? I’ve never spoken to his parents, and the only thing that matters is whether a player deserves to play. Nothing else."

He played for the youth teams of rivals Roma before joining Lazio at the age of 13, signing his professional senior contract with the club in March this year.

Floriani Mussolini is yet to make his senior debut for Lazio, but his association with the club is already controversial due to some of their fans' traditional links to fascism.

The main group of 'ultras', nicknamed the 'Irriducibili', gained a reputation for unveiling racist banners and swastikas and performing fascist salutes during matches.

But the group disbanded in early 2020 after 33 years, claiming it caused "too much blood, too many banning orders, too many arrests."

Lazio suspended the trainer of their famous eagle last week after a video depicting him performing a fascist salute inside the Stadio Olimpico went viral.

He also chanted "Duce, Duce," which was the nickname of Floriani Mussolini's great-grandfather, who held office from 1919 until his death in 1945.