Pearson, appearing at his sixth Paralympics in Tokyo, wept after steering his horse Breezer to the 12th gold of his glorious career – and who can blame him.

This is his first Games on board a horse he’s raised since the day it was born, his first as ‘Sir Lee’ and his first as a dad after fostering a 15-year-old son during the first coronavirus lockdown.

Much has changed since Pearson won his first gold in Sydney 21 years ago, or indeed when he was born and his mum, Lynda, said ‘oh s**t’ when she saw he had the severely twisted limbs of arthrogryposis multiplex congenita.

So, it’s no wonder he’s just sitting back and literally enjoying the ride.

“I’m very, very emotional, I cried in the arena. It has been a long journey; he is a home-bred horse and I am a dad now – I have never had to keep anyone else alive apart from myself.

“I have lots of emotions, my family aren’t out here to be with me and to do it on a home-bred horse is amazing.”

Pearson could still add two more golds to this individual test grade II success and, on this form, few would bet against him reaching 14 Paralympic titles. Dame Sarah Storey, who is chasing No.17 in Tokyo to become Britain’s greatest Paralympian, better watch out.

Pearson and Breezer – so named because his sire was called Bacardi – did it with aplomb, a routine full of vim and vigour, flair and finesse, poise and panache.

Pearson is the patriarch of ParalympicsGB but his legacy extends far beyond the equestrian park. He became the first openly gay man on the British team and winning in the only G7 country that does not allow same-sex marriage was not lost on him.

“I’m the most abnormal normal person,” he said. “I’m very normal and if that comes across that ok it’s not frightening, it shouldn’t be hidden in dark nightclubs and once the country and government accept it, you’ll be going to gay pride and you’ll be enjoying it more than the gay people will. 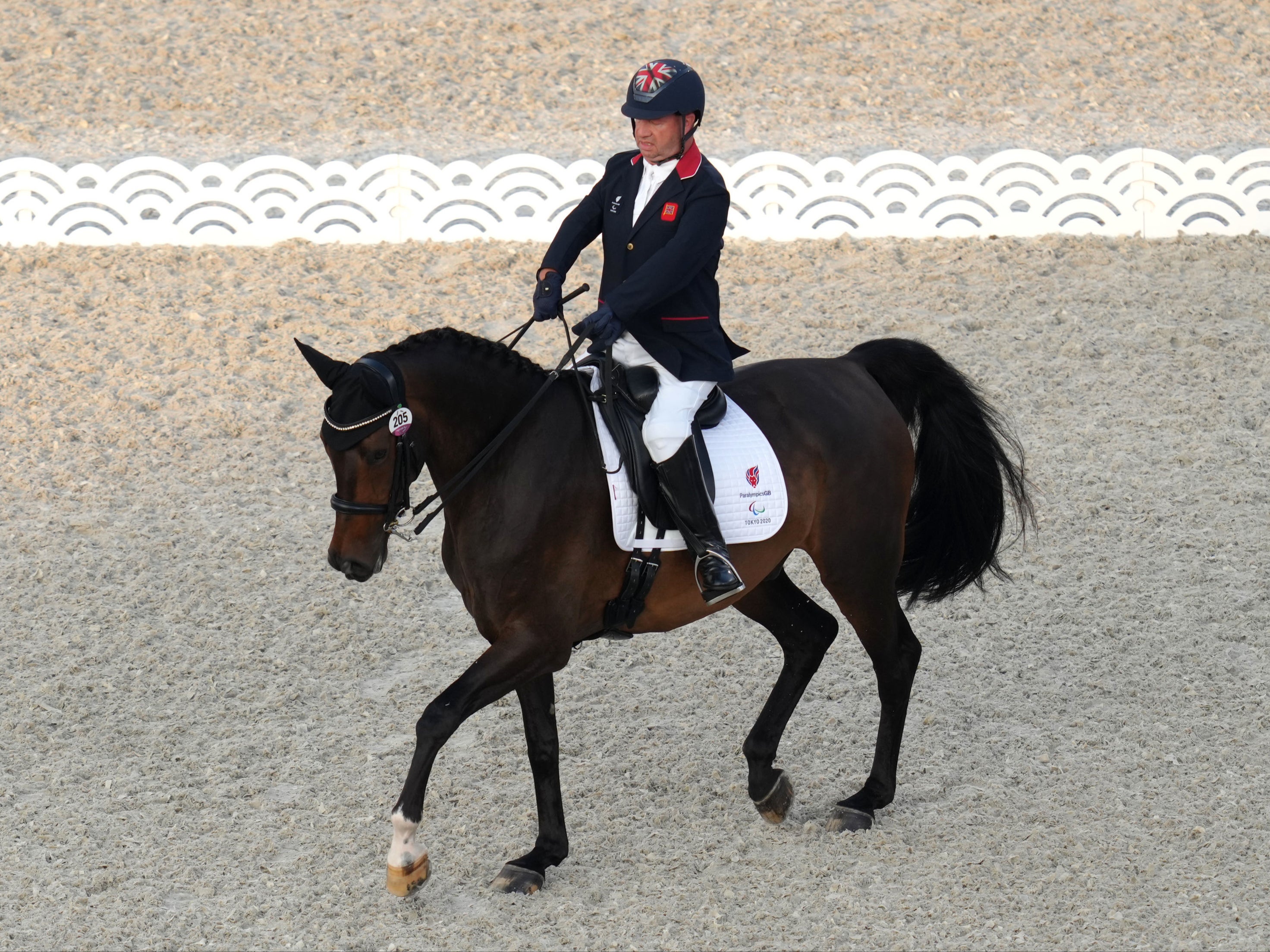 Lee Pearson has claimed yet another Paralympic title

Pearson was joined on the podium by Georgia Wilson, who took bronze just two weeks after earning a late call-up to the team.

There was also a silver medal for two-time champion Sophie Wells in the grade five competition on Don Cara, her new horse for this Games.

Wells also shed tears of joy at the end of her routine and admitted her horse, though talented, has not been the easiest to train.

“Psychology is absolutely the biggest thing,” she said.

“If he could have a psychologist, I would have got him one at the beginning because he would have emotional breakdowns.

“I’m so overwhelmed with emotion. I came into this having no expectations, just a little bit of fear of what he could do in there for the bad. But also, belief in him that if he relaxed and was with me, I knew he could medal.”

Sainsbury’s is a proud supporter of ParalympicsGB and a champion of inclusive sport for all. Sainsbury’s commitment to helping customers to eat better has been at the heart of what we do since 1869. For more information on Sainsbury’s visit www.sainsburys.co.uk/ and https://paralympics.org.uk/